We asked our regular contributors through e-mail What is the scariest thing you’ve ever seen while driving at night? We got many interesting responses. Here are some of them. We have just copied and pasted their responses, not editing them in any way. 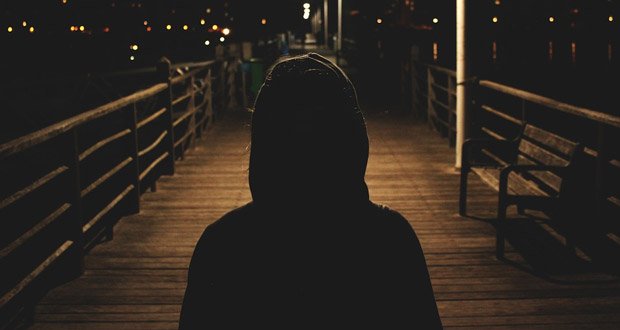 1. I used to deliver pizza and often had deliveries right at midnight when we closed. One time, late at night, I’m driving back to the store through a small neighborhood. Up ahead I see something. It’s perfectly spherical bright/shiny… Thing, just hovering about 6 feet off the ground. Not moving at all.

I pull up very slowly. Still doesn’t move. Still can’t comprehend what I’m looking at. Just this shiny hovering orb in the road at midnight.

At this point, my curiosity has overridden my fear. I’m the guy in the horror movie who dies first because I just gotta know. Either I die or I get a cool story, right?

So I hop out of the car, and slowly walk up to it. I’m right in front of it and still can’t understand what I’m seeing.

So I reach out and touch it.

One of those foil birthday balloons with the streetlights shining on it making it look weird out of context in the middle of the night on an empty road.

2. A 6ft kangaroo standing in the middle of a pitch-black road at 3 am in the morning missed it by a bee’s d*ck.

3. I was on i70 in Colorado going towards Utah, pulled over at a gas station at 8 pm. Fueling up I noticed a couple of attractive women pumping gas, on the other side of the pump was the man in his late 40s, just staring at these young women without notice of anything else going on around him. I walk inside to go grab some food for the next few hours of driving, when I come out I see both the younger women’s car and the older man’s truck are gone. I decided to hang out at the gas station for the next hour to catch a little sleep before hitting the road again.

After driving for a few hours (I was speeding heavy) I pull over at yet another gas station, the young women are there getting gas and eating some food on a picnic table. Looked like they had been there for a while. I didn’t see any sign of the man in the truck but can’t say I was looking very hard for it. Well here is where it got creepy as hell…

Can’t say I didn’t stare at them a bit, I mean they were good looking women. As I am watching them leave I see in the next parking lot over some headlights turn on and it’s the same man as before… He leaves when the women leave once again. Okay, that’s a bit weird but could just be a coincidence as there weren’t many places to pull over. I leave a few minutes later and catch up to them…now this guy is riding their ass with his high beams on.

I decided to slow down and stay a distance behind the truck. 10 minutes or so later the women pull over once again to most likely get this guy off their ass… With a sigh of relief, the truck keeps going and I continue on my way. About 1 mile down the road the guy just pulls off to the side of the highway… So I pull off a mile or so down the road again. Sure enough, the women drive by and the guy is still following them. At this point, we are out in the middle of nowhere and too many coincidences have happened. I called the cops to alert them and about 15 minutes the cops pulled the guy over.

I could have just seen too many horror movies that started like this and overreacted but ya never know. Better safe than sorry.

4. A dead, butchered horse laying in the road. Someone had completely skinned and butchered a horse, took the choice pieces of meat, and just dumped it on the highway. I almost crashed into it.

5. I slammed the brakes once because I saw a deer in my peripheral vision. Upon closer inspection, it was a mounted deer head on a stick in the middle of the woods. Slammed the gas after I realized that. 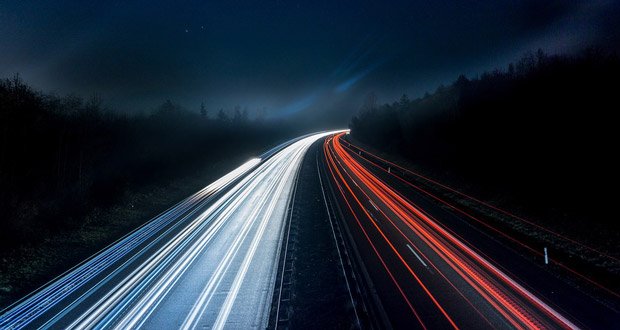 6. I was driving on the expressway around 2 am and a semi hit a car and it went into the median. The car basically folded into itself and was beyond smashed. I can’t imagine that person survived. It was incredibly sad and terrifying to see.

7. I was driving home late one night and was driving on a dark stretch of the highway. Suddenly a body was in front of me, I tried to swerve out of the way but it was too late. My bumper was hanging on the ground.

The guy died. And I went to a nearby gas station not knowing what to do (was 18). When the tow truck pulled my car up on to it, there were a bunch of blood and guts on the bottom. I couldn’t get that image out of my head

Apparently, a drunk driver with 5 DWI’s had hit a guy on the motorcycle prior.

For years after I had serious depression and thought about it every night before sleep.

8. A hitchhiker almost leaping out in front of my car on a dark forest road late at night. The woman literally popped out of nowhere. Had to drift into the oncoming lane. Luckily there was no one else and painted median there. Read a police report that she ended up getting hit minutes after I drove by. She was intoxicated and running from the police. Pretty creepy. I hope she’s alright. I can’t imagine what the driver that hit her was thinking.

9. Driving to work at 4:30 am and seeing a cyclist with his head split open and brains on the road.

10. While traveling east just outside Flagstaff, Arizona around midnight I was in the fast lane doing about 80mph. There was a bend in the road and you could see the headlights of the westbound lanes filter in-between the trees. It was funny because I thought the lights kinda looked like they were coming at me. Then they really were. I screamed obscenities and jerked the wheel just in time to let a speeding wrong way driver fly by me in the lane I was just in. After skidding to a stop in the shoulder I called the cops to report it.

“Could you describe the vehicle?”

“Yes, it was a dark blur with headlights”