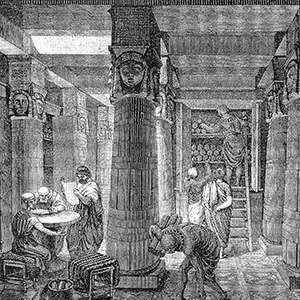 1. In ancient Egypt, all ships visiting the city were obliged to surrender their books to the library of Alexandria and be copied. The original would be kept in the library and the copy given back to the owner. – Source

2. A high-ranking FBI agent filed a sensitive internal manual detailing the bureau’s secret interrogation procedures with the Library of Congress, where anyone with a library card can read it. – Source

4. Bakhtiyar Khilji destroyed the ancient university and library of Nalanda in 1193 in hopes of uprooting Buddhism. The destruction of the library is considered responsible for the demise of ancient Indian scientific thought in Maths, Astronomy, Alchemy, and Anatomy. – Source

5. There are more public libraries than McDonald’s in the United States. – Source 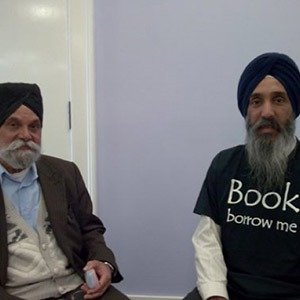 7. Some German cities have public “art libraries” where you pay up to five Euros to borrow paintings and sculptures from local artists to put into your own home for several months.

8. When you get a book published in Norway, the Norwegian Government will buys 1000 copies of your book and distributes them throughout the libraries of the country. – Source

9. The Guinness Book of World Records holds the record for being the book most often stolen from public libraries. – Source

10. At the age of 9, Ron McNair, the African-American astronaut (killed in the Challenger explosion in 1986), refused to leave the segregated Lake City Public Library without being allowed to check out his books. After the police and his mother were called, he was allowed to borrow books from the library, which is now named after him. – Source 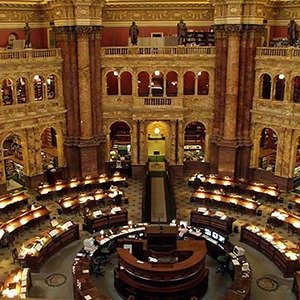 11. All the books in the Library of Congress total to only 15TB. – Source

12. U.S. public libraries were some of the first institutions to be racially integrated because whites generally didn’t want to put up much of a fight about them. Some were even ashamed at the time to learn that libraries were segregated. – Source

13. One of the most tangible examples of Industrialist Andrew Carnegie’s philanthropy is the founding of 2,509 libraries in the late 19th and early 20th centuries throughout the English speaking world, including the United States, United Kingdom, Australia, and New Zealand. Of these libraries, 1,679 of them were built here in the United States. Carnegie spent over $55 million of his wealth on libraries alone and he is often referred to as the “Patron Saint of Libraries.” – Source

14. Haskell Free Library is built on the US/Canadian border. Exiting the library through the opposite entrance requires one to report to the country’s customs thereafter. – Source

15. Some libraries allow you to check out seeds with the intention that you will replace the seeds when your crop is harvested. – Source 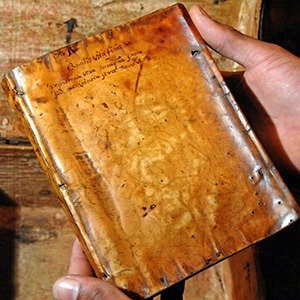 17. A 124,500 square foot abandoned Walmart in McAllen, Texas, has been turned into the largest single-floor public library in the United States. – Source

18. Authors get paid every time UK or Irish libraries lend their books. – Source

19. Beinecke Rare Book & Manuscript Library at Yale University has no windows because the walls are made of translucent marble. – Source

20. There is a library in Estonian airport, where you can borrow books for your trip and the whole thing operates off an honor system. There are no due dates, not even a librarian. If a patron wants to keep a book, the airport just asks that they supply a different one. – Source 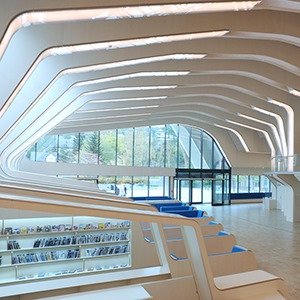 21. In Norway, you can return your library book anywhere in the country regardless of where it was loaned. – Source

22. In 1995, when looking through the manuscripts of Carl Koller (who introduced cocaine as a local anaesthetic for eye surgery) at the Library of Congress, a German historian found a small envelope of cocaine with the note: “Remainder of the first dose with which I made my initial cocaine experiment in 1884.” – Source

23. Most major US libraries (public or private) are Federal Depositories. This means that they must by law allow you entry to the library, reference help, and computer access regardless of your affiliation to the institution if you ask to see their government documents collection. – Source

24. The Oakland Library in California maintains a “tool lending library” of 3500 tools to lend out to the community. – Source

25. According to the ‘Copyright Act 1911’ The British Library must receive a copy of every item published or distributed in the United Kingdom (including pamphlets, magazines, newspapers, sheet music and maps) in a practice known as ‘legal deposit’, which can be traced back to at least 1610. – Source