Here is part 3 of 25 Interesting Space Images. Click here for part 1 and part 2. 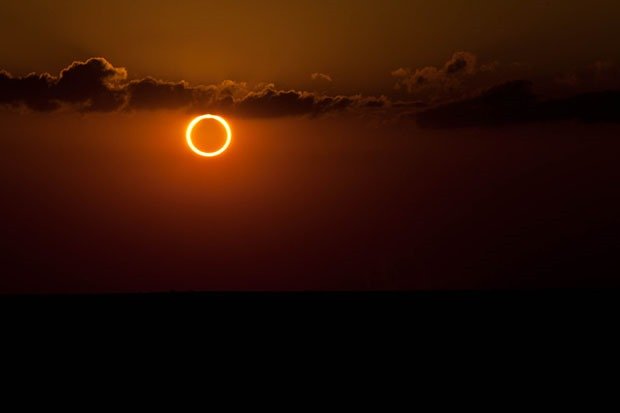 A ‘Ring of Fire’ solar eclipse is a rare phenomenon that occurs when the moon’s orbit is at its apogee. 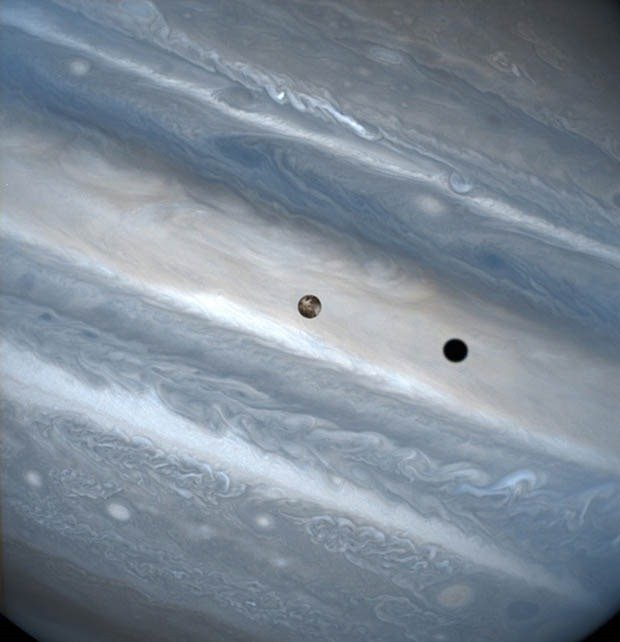 Io Transit of Jupiter.  This snapshots of the volcanic moon rounding Jupiter were taken over a 1.8-hour time span. Io is roughly the size of Earth’s moon but 2,000 times farther away. Io appears to be skimming Jupiter’s cloud tops, but it’s actually 310,000 miles (500, 000 kilometers) away. Io zips around Jupiter in 1.8 days, whereas the moon circles Earth every 28 days. The conspicuous black spot on Jupiter is Io’s shadow and is about the size of the moon itself (2,262 miles or 3,640 kilometers across). This shadow sails across the face of Jupiter at 38, 000 mph (17 kilometers per second). The smallest details visible on Io and Jupiter measure 93 miles (150 kilometers) across, or about the size of Connecticut. 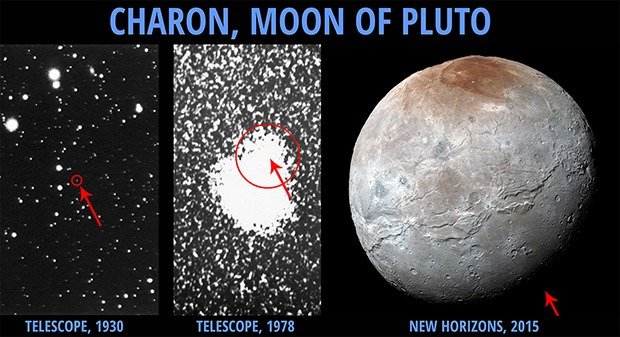 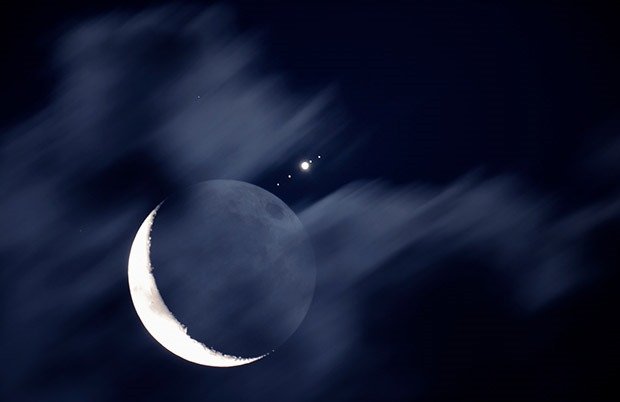 The Moon, Callisto, Ganymede, Jupiter, Io and Europa. Skygazers around planet Earth enjoyed the close encounter of planets and Moon in July 15’s [2012] predawn skies. And while many saw bright Jupiter next to the slender, waning crescent, Europeans also had the opportunity to watch the ruling gas giant pass behind the lunar disk, occulted by the Moon as it slid through the night. Clouds threaten in this telescopic view from Montecassiano, Italy, but the frame still captures Jupiter after it emerged from the occultation along with all four of its large Galilean moons. The sunlit crescent is overexposed with the Moon’s night side faintly illuminated by Earthshine. Lined up left to right beyond the dark lunar limb are Callisto, Ganymede, Jupiter, Io, and Europa. In fact, Callisto, Ganymede, and Io are larger than Earth’s Moon, while Europa is only slightly smaller. 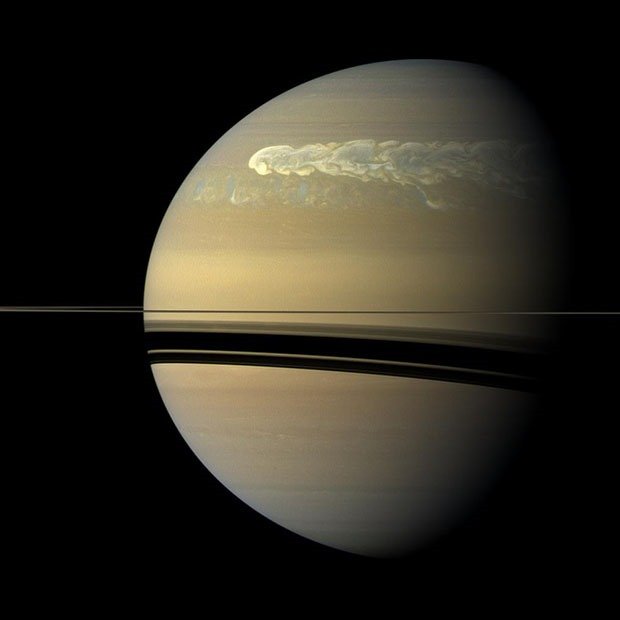 The huge storm churning through the atmosphere in Saturn’s northern hemisphere overtakes itself as it encircles the planet in this true-color view from Cassini spacecraft. 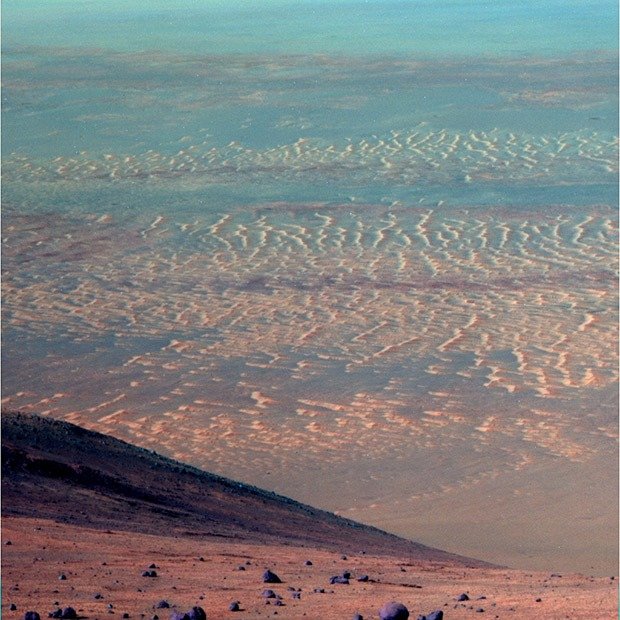 Marathon Valley, Mars taken by NASA’s Opportunity Rover. Opportunity drove into Marathon Valley in July 2015, some six Earth years after the Compact Reconnaissance Imaging Spectrometer for Mars onboard the Mars Reconnaissance Orbiter detected exposures of clay minerals there. Transverse Aeolian Ridges (TARs), which form the ripple field, on the floor of Endeavour Crater, are beautifully visible in this false color image processed by the Panoramic Camera (Pancam) team.

Distance between the Earth and the Moon. The International Space Station’s orbit is so close, it wouldn’t even be visible at this scale. 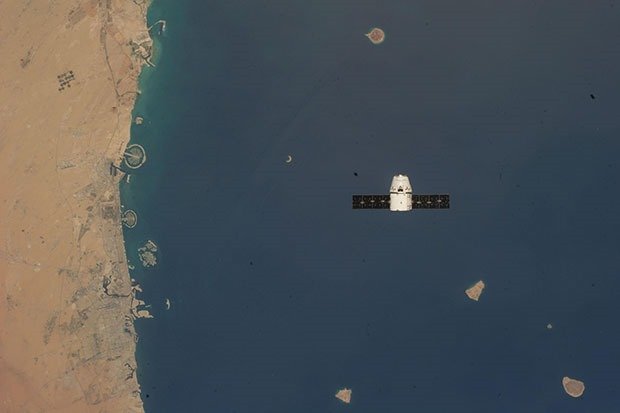 SpaceX CRS-3 Dragon flies beneath the ISS, over the Dubai Coastline. 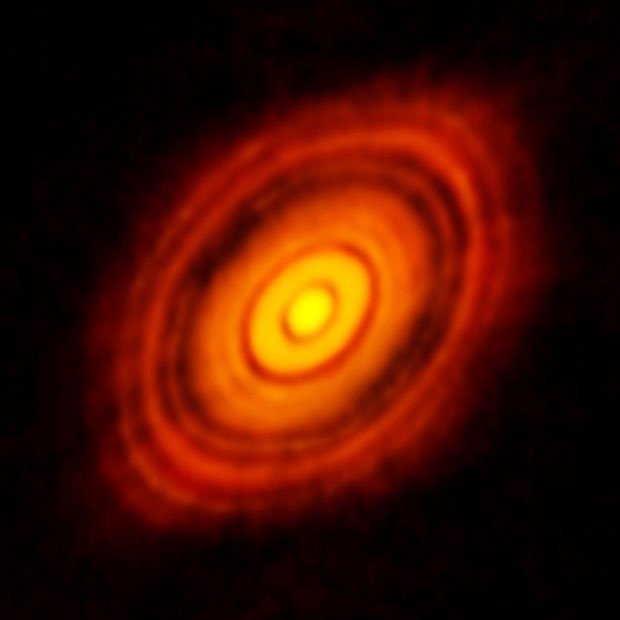 A planetary system being born. HL Tau is 450 light years from Earth. This means that the image we are seeing right now is 450 years old. On the cosmic scale that isn’t a lot of time so more than likely the HL Tau system currently looks much like it does in that picture. 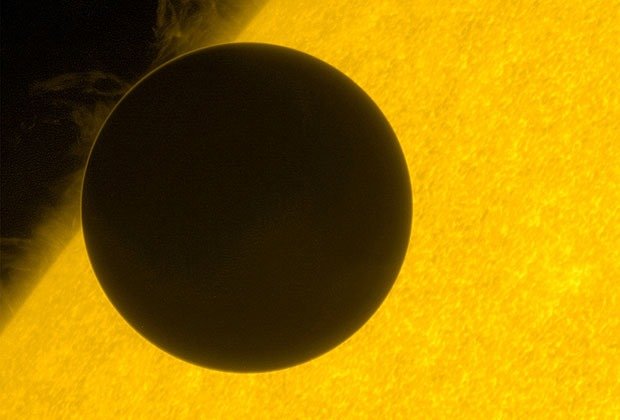 Japan’s satellite Hinode captures Venus beginning its transit. Venus was about 108 million km away from the sun. It really makes you appreciate how enormous the sun is, looking at this picture and knowing it’s that far away. Over 99.8% of all mass in our solar system is found in the sun. 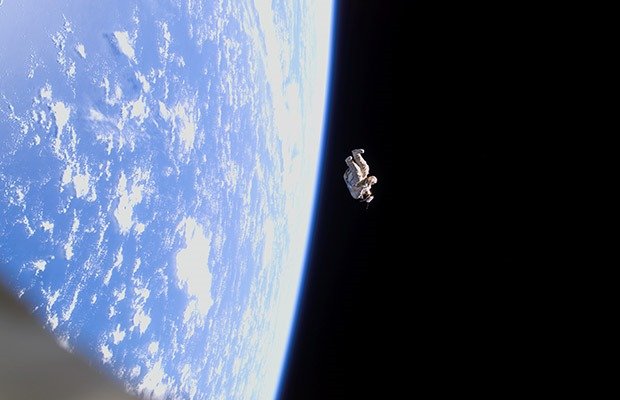 9 years ago, astronauts aboard the ISS released an unneeded spacesuit (filled with old clothes and fitted with a weak radio transmitter) into space. It orbited the Earth for a few weeks before burning up. Those suits cost $12,000,000. But it would cost way more to bring it back, repair it (assuming it was broken) and send it back up. 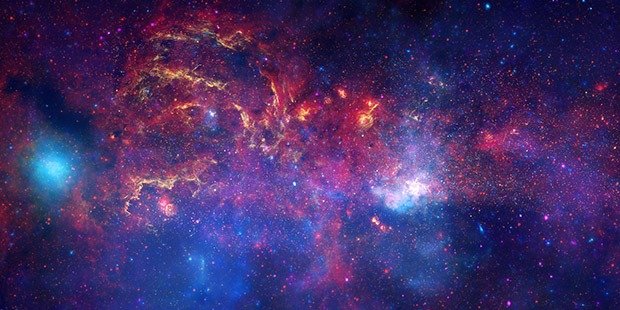 The heart of the Milky Way. From this NASA page:

Where can a telescope take you? Four hundred years ago, a telescope took Galileo to the Moon to discover craters, to Saturn to discover rings, to Jupiter to discover moons, to Venus to discover phases, and to the Sun to discover spots. Today, in celebration of Galileo’s telescopic achievements and as part of the International Year of Astronomy, NASA has used its entire fleet of Great Observatories, and the Internet, to bring the center of our Galaxy to you. Pictured above, in greater detail and in more colors than ever seen before, are the combined images of the Hubble Space Telescope in near-infrared light, the Spitzer Space Telescope in infrared light, and the Chandra X-ray Observatory in X-ray light. A menagerie of vast star fields is visible, along with dense star clusters, long filaments of gas and dust, expanding supernova remnants, and the energetic surroundings of what likely is our Galaxy’s central black hole. Many of these features are labeled on a complementary annotated image. Of course, a telescope’s magnification and light-gathering ability create only an image of what a human could see if visiting these places. To actually go requires rockets.

AskUs: Did we have enough computing power to land on moon in 1969?