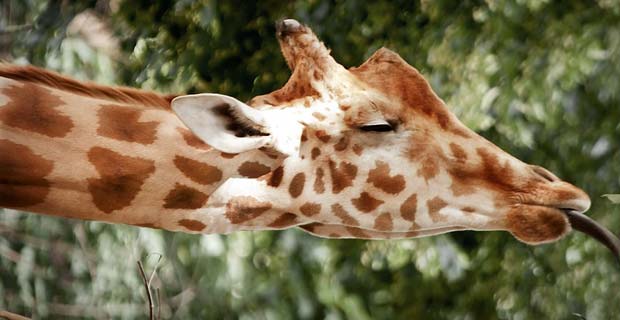 2. Before mating, the female giraffe will first urinate in the male’s mouth. – Source

3. Giraffes are known to display homosexual behavior of one or more of the following kinds: sexual behavior, courtship, affection, pair bonding, or parenting. –Source

4. The recurrent laryngeal nerve in Giraffes is often cited as evidence of evolution, as opposed to the “intelligent design” from God. The lengthy 15-foot nerve takes an inefficient, circuitous route; It exits the brain, goes down and around the heart, then back up to the Giraffe’s voicebox. – Source

5. Giraffes are commonly witnessed in the wild gnawing on bones of dead animals to supplement their calcium intake. – Source 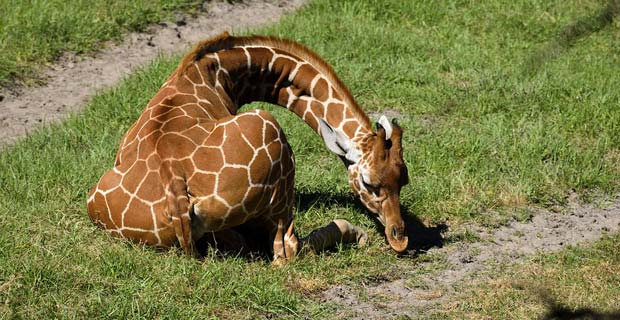 6. Baby Giraffes can stand within half an hour and after only 10 hours can actually run alongside their family. – Source

7. Giraffes tongues are blue because when feeding, their tongues are frequently out of their mouths and exposed to sunlight, so the dark coloration serves to prevent them from getting sunburned. – Source

8. The Greek and Roman word for giraffe was ‘Camelopardalis’ because they believed it was an unnatural hybrid of a camel and a leopard. – Source

9. Giraffes can last longer without drinking water than camels. – Source

10. A Giraffe’s kick is so powerful it can decapitate an African lion. – Source

11. Gemina was the giraffe with a crooked neck. She was an inspiration to disabled children and was featured in an episode of a reality show about a girl with scoliosis. Despite her mysterious deformity she lived longer than the average giraffe by about six years. – Source

12. Blood pressure regulatory systems in a Giraffe’s neck has inspired a new fighter pilot G-suit which allowed one pilot to withstand 9Gs for long enough to complete a Rubik’s cube whilst having a conversation. Normally, the Human body can only withstand 5Gs before fainting. – Source

13. Giraffes eat acacia leaves downwind because acacia trees release bitter tannins and ethylene gas to warn other trees that a herbivore is in the area and feeding. – Source

14. There is a hotel in Kenya that also serves as a giraffe sanctuary, and the giraffes stick their heads into the windows to get snacks at breakfast time. – Source

15. Humans and Giraffes have the same number of neck vertebrae. – Source 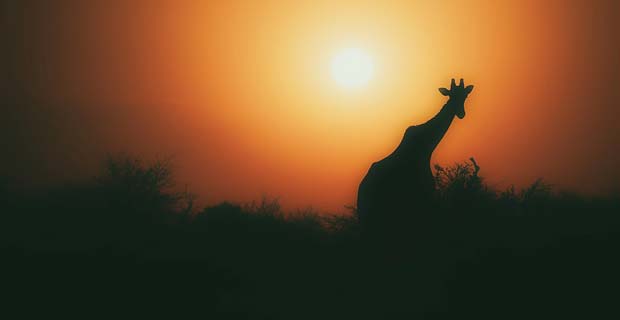 16. Giraffes hum at night. According to audio recordings of giraffes taken at three European zoos, the long-legged animals sometimes produce “a low-frequency vocalization with a rich harmonic structure and of varying duration” at night. – Source

17. The giraffe was on the menu in the ancient city of Pompeii. – Source

18. The largest herd of giraffes in North America is in Colorado Springs, CO. They have the “most prolific” breeding program in the world, and you can hand-feed the giraffes. – Source

19. A group of giraffes is called a tower. – Source

20. By boiling giraffe liver and marrow, you can make a psychedelic drink similar to ayahuasca. – Source