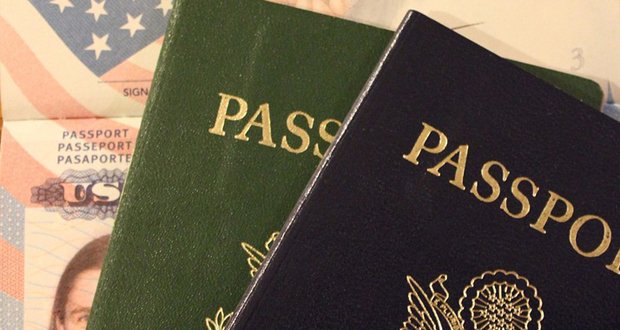 1. The Jay Treaty, signed in 1794, provides that American Indians may travel freely across the Canadian-US border. Native Indians born in Canada are entitled to freely enter the United States for the purpose of employment, study, retirement, investing, and immigration. – Source

2. Australia is the only country in the world to have significant net positive immigration with the US. That is, more people leave the US for Australia than vice versa. – Source

3. Neil Armstrong, Buzz Aldrin, and Michael Collins had to fill out customs and immigration forms upon their entry back into the U.S. from the Moon. – Source

4. You can be denied immigration to Canada if you have a health condition that may “cause excessive demands on health or social services”. – Source

6. The United States Citizenship and Immigration Service now recognize League of Legends pro players as professional athletes and the visa application process is now simplified for them. – Source

7. The Immigration and Nationality Act of 1952 allows the President to “suspend the entry of all aliens or any class of aliens” who “would be detrimental to the interests of the United States.” – Source

9. Civil rights Latino leader Cesar Chavez fought illegal immigration throughout his career because it undermined US workers with a constant supply of cheap labor that was not likely to complain or protest when exploited. – Source

10. The Canadian minister of Citizen, Immigration, and Multiculturalism officially declared Santa Claus to be a Canadian citizen in a political move reaffirming Canada’s claim of northern sovereignty over that of the Russians and the Dutch. – Source

11. Gertrude Ederle became the first woman to swim the English Channel in 1926, beating the previous time record by nearly two hours. The first person to greet Ederle as she came ashore on Kingsdown beach was a British immigration officer who requested to see her passport. – Source

12. Without immigration, the US fertility rate of 1.89 would cause the population falls steadily. – Source

13. An American married his Australian partner in 1975. When the latter tried to use his marriage license to establish legal residency in the US, the Immigration and Naturalization Service told him, “You have failed to establish that a bona fide marital relationship can exist between two faggots.” – Source

14. There are more Irish-Americans than Irish nationals as a result of the mass immigration in the 1800’s. – Source

15. The US government spends more on its immigration enforcement agencies than on the FBI, Drug Enforcement Agency (DEA), Secret Service, US Marshals Service, and Bureau of Alcohol, Tobacco, Firearms, and Explosives (ATF) combined. – Source