The day of the monarch has passed but there are some who cling to power. Some of course are more famous than others, with some still being absolute monarchs while others have some share of power through the mechanism of constitutional monarchy. Here is a list of 5 obscure monarchs who are still in power.

Lichtenstein can lay claim to being one of the richest countries in the world on a per capita basis. A tiny principality between Switzerland and Germany, it is a semi-constitutional monarchy headed by Hans-Adam II. It is so small that it takes less than an hour to drive across it. Set in a beautiful mountain area, the prince lives in a castle overlooking the capital Vaduz. The prince is a proponent of free market economics and has been the head of state since 1989.

Tonga can lay claim to being the most devoutly Christian country in the world after the Vatican with Sunday being the sabbath day still being strictly observed. This tiny island nation in the Pacific ocean has sent troops to Iraq and Afghanistan. King Tupou VI has been the king since the 18th of March 2012 but this was after constitutional monarchy was instituted. There are just 100,000 people in the entire country but English is widely spoken. The king is a graduate of the U.S. Naval War College and he also served as Prime Minister.

Bhutan is a country that is in southern Asia and is landlocked and is located between India and China. It used to be almost impossible to enter Bhutan but this has changed in recent years. The Druk Gyalpo or Dragon King is Jigme Khesar Namgyel Wangchuck who leads a constitutional monarchy. The smooth transition to this system has allowed Bhutan to avoid the turmoil which engulfed its neighbour Nepal. When Wangchuck visited Thailand he caused a social media frenzy due to his charm and good looks. Buddhism is the official state religion though other religions are practiced as well. 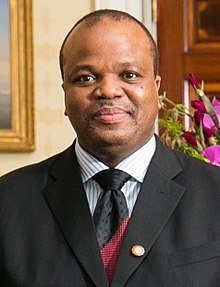 Swaziland is a country in southern Africa that is known officially as the Kingdom of Eswatini. King Mswati III has been the absolute monarch since 1986 when he was 18 and his main claim to fame is that he has 15 wives while his father had 125 wives during his 82 year reign. It is estimated that 26 % of the adult population has AIDS. It has been independent since 1968 when independence was gained from the United Kingdom.

Oman is a sultanate occupying the South Eastern portion of the Arabian peninsula. The world’s newest monarch took power on the 11th of January, 2020 and his name is Haitham bin Tariq Al Said. The Al Said dynasty has been ruling Oman since 1741. Since the defeat of the Odoo uprising in the mid-1970’s the country has experienced long term growth due to the sensible management of Sultan Qaboos who was the previous ruler for nearly 50 years and an oil boom that has ushered in an age of modernity. Oman is a Muslim country with a tolerant outlook and has experienced non of the troubles that its neighbours have.

What's a good website to waste a whole night on?