In terms of gaming, PC can easily outperform any consoles given the hardware is powerful enough, yet the dedicated gaming devices are still the more popular choice. Why? Because consoles provide better simplicity and optimization. Without the hassle of setting it up, you can simply run the machine without any worry. But, making one is a different story.

Sony, Microsoft, and Nintendo. These three brands are the powerhouse console producer and you have most likely heard of the names. But, of course, they are not the only ones making the gaming machines. Other corporations have been trying to squeeze themselves into the industry and failed horribly.

The reasons? There are plenty of possibilities. These consoles might not be particularly bad, but either the high price or the marketing strategy made them flop. Otherwise, the design may just be terrible all around. Here are some of the strange and rare gaming consoles. 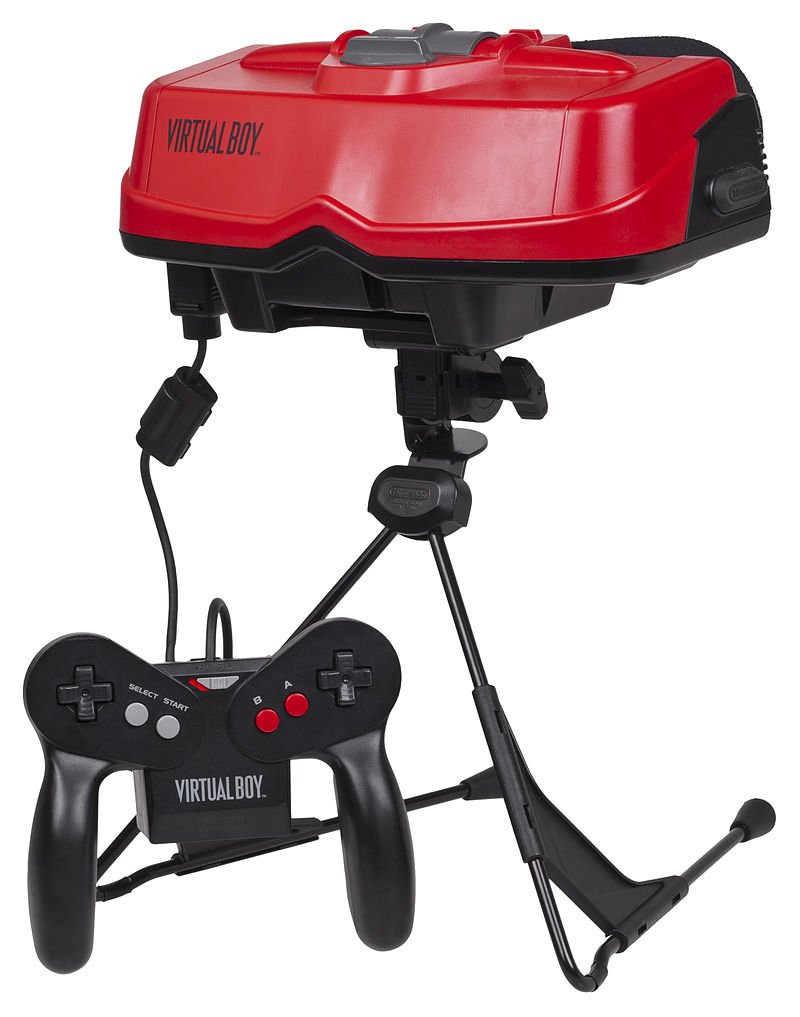 You may be familiar with Oculus and Vive headset but these devices are not the first commercially available VR devices. Nintendo Virtual Boy does not technically provide a virtual reality experience just yet, rather, the idea is to use stereoscopic “3D” graphics to simulate realism.

High cost and potential health concerns, these two main reasons ultimately made the table-top portable console harshly criticized and commercially failed. With only 22 games released for the system, The console has a life span of less than one year and was the second-worst lowest selling Nintendo console behind the 64DD. 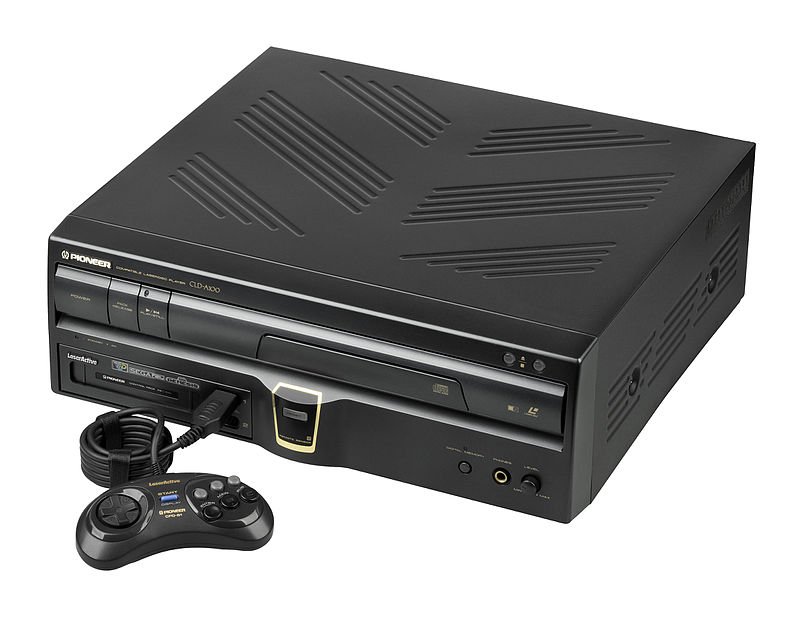 Before the rise of CD and DVD, the first optical disc storage to be used commercially is LaserDisc (LD). We all know that Playstation 1 is one of the first consoles to use the CD format. How about the first LD console? That will be Pioneer LaserActive.

Released in 1993, the console soon meets its demise in 1996 due to the high price tag of $1000. The company was not being too greedy, mind you. Despite being able to surpass VHS in terms of quality, LD-related devices—including consoles and game titles stored in LD—are simply too expensive to make. Granted, the console itself is quite useful since it can also act as an LD video and Sega Genesis games player, although you need to add $600 for the latter. 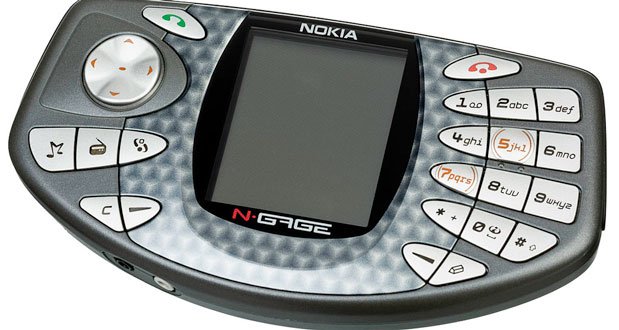 There are a few options for gaming smartphones these days. Manufacturers such as Xiaomi and Asus are competing to capture the hearts of gamers with powerful hardware and RGB design. However, these phones—unsurprisingly—are not the first ones to adopt this concept as the former phone manufacturer Giant, Nokia, released the N-Gage back in 2003.

The idea and design were innovative, but the execution was far from perfect. The uncomfortable buttons and the fact that you need to remove the battery to change games are some of the weaknesses that made the phone/handheld console flopped.

After the success of its first console, Epoch was being ambitious and wanted to take not only the generally dominant male market but also the ladies’ one with its pink color pattern. Nonetheless, Both the Super and Super Lady version of Cassette Vision eventually did not meet their target and had to be discontinued in 1987. 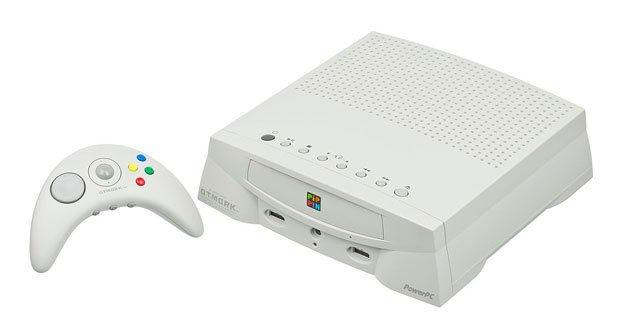 Most people may not know this but there was a time when the giant technology company, Apple Inc., made their own console. With the help of Bandai as the manufacturer, Apple Pippin released the home console market as “audiovisual, stereo, and television environment”, i.e. not a dedicated home console.

Apple Pippin acts like a computer while running a customized OS. But, instead of a keyboard, you would get the “AppleJack” gamepad as the peripheral device. The platform eventually failed due to numerous reasons, including the expensive price of $599 while the competitors, Sony Playstation and Sega Saturn, are sold for much less.

Contrary to the general consoles, Action Max is a bizarre one that can’t be operated independently with a TV. Rather, you need to have a VCR to play VHS tapes. In a way, the console manufactured by Worlds of Wonder is only an add-on to the videotape player.

To start using the console, you need to attach a sensor to the low-bottom of the TV screen which acts as a reference point. The target will then be highlighted by flashing panels. If you manage to hit the target, the flashes picked up by the guns and the corner circle will be in sync. However, the video output from the TV would not change whatsoever. No game over, nothing at all. This was the main reason why the Action Max market share quickly plummetted after its release. 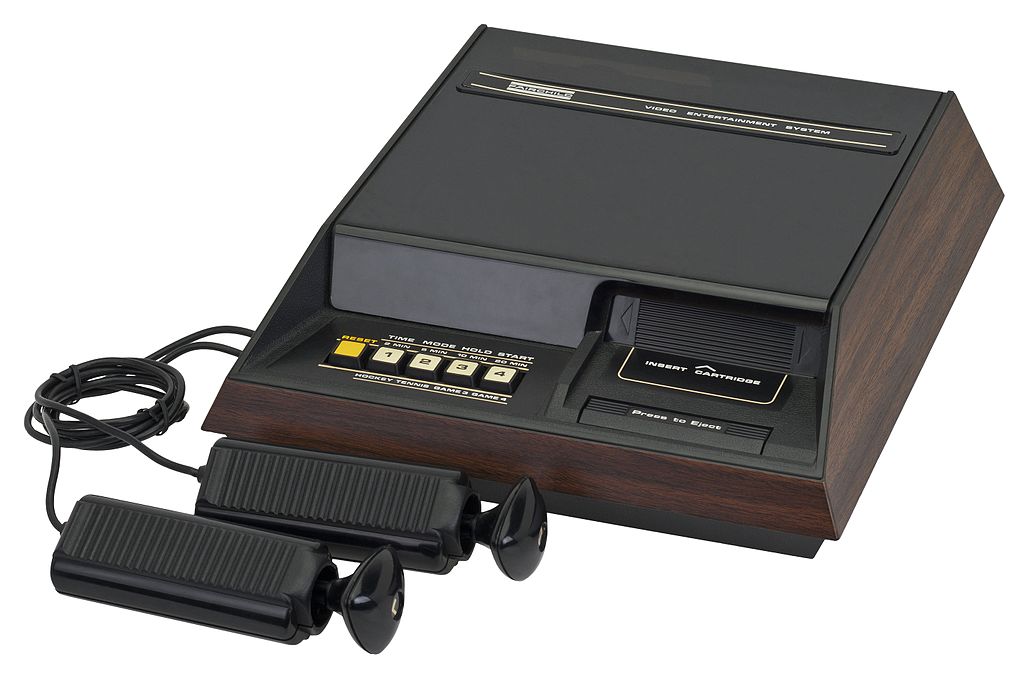 What the hell is The Fairchild Channel F and what’s so special about it?

Well, ladies and gentlemen, it’s the first programmable home video game console that supports independent video game storage. Similar to Atari 2600, it’s also ROM cartridge-based. As a side note, all first-generation of home-based video game consoles are built-in and dedicated to only one or a few games. Fairchild Channel F is the first of the second-generation.

The console was available for $199 and it was quite successful in its time—around 250,000 units sold. However, it soon was far outsold by Atari 2600—released one year later—that managed to ship 30 million units. 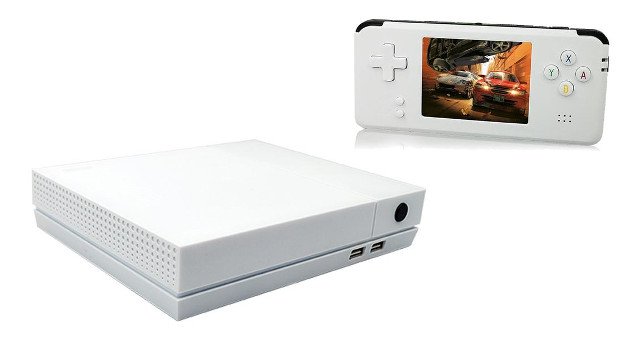 The short-lived, rebranded, and controversial console from the rapper Soulja Boy will be the last one on our list. SouljaGame is, in essence, a cheaply made hardware that can emulate old-school games. The machine comes with hundreds of classic, illegally-obtained games that come pre-installed with the system, despite Soulja Boy claims that everything he is doing is ‘legit’.

Originally manufactured by Anbernic, SouljaGame Console has a design pattern that very much resembles Xbox One, albeit looks way cheaper. The emulator device can play games made for PS1, arcades, and the old Segas & Nintendos back in the day. Handheld version of SouljaGame was also available, with Soulja Boy claimed that it can play 3,000 games from a relatively more modern console such as Switch, 3DS, and PS VITA. There’s so little information about this one, however. Quite suspicious.

In a different reality, some of these consoles might have had a better fate. But sometimes really unique games and consoles just don’t appeal to mass gamers.