The arctic fox is a well-known tundra region mammal that belongs to the canid (dog) family. Its unique physical traits help it endure the harshest conditions imaginable. And when we write harsh, we mean it! This remarkable creature can survive temperatures as low as -14°C.

Wouldn’t it be nice to learn some more about this amazing creature? Here are six more facts about our friend, the arctic fox. 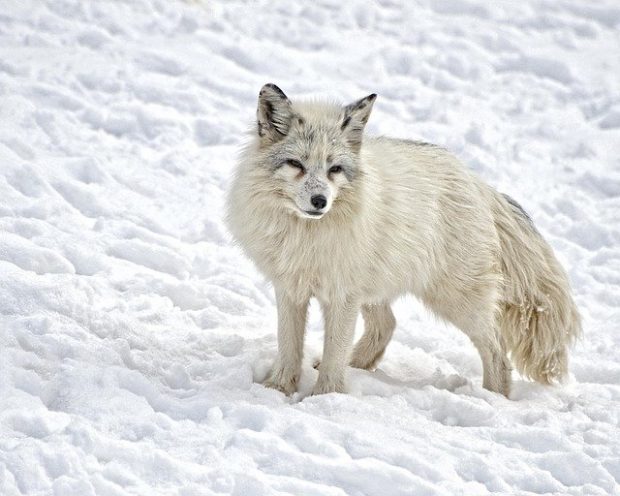 Camouflage is a beautiful thing, especially for the arctic fox. The color of its fur changes from summer to winter to help it blend in with the seasonal environment. In the winter, the arctic fox has a thick white coat. It then sheds this coat in exchange for a thinner brown one. The brown fur helps the animal hide among the plants and rocks. 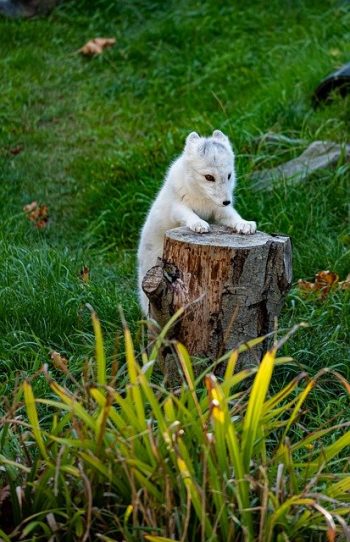 If you’re looking for the smallest wild canid within Canada, the arctic fox fits the bill. This animal is so tiny that it’s roughly the size of a large domestic cat, about 3 1/2′ long. Female arctic foxes are generally smaller, growing up to just over 2 1/5′. 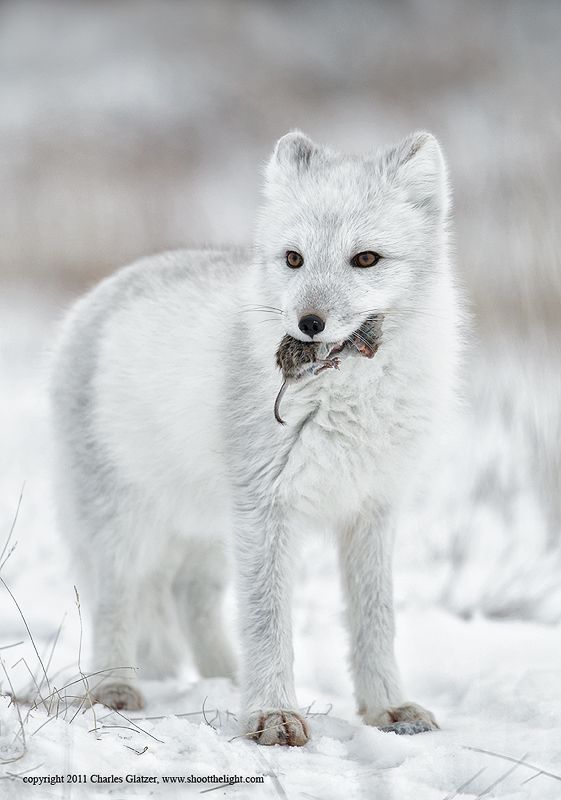 Arctic foxes hunt birds, rodents, and fish. But when the winter arrives, they turn into the famous scavengers that they are. Since prey is generally scarce during winter, the arctic fox follows closely in the footsteps of its nemesis, the polar bear. After the polar bear has finished eating its prey, the arctic fox leaps at the opportunity to chow down on some leftovers. It’ll feed on the scraps until it feels full.

4. They Mate for Life 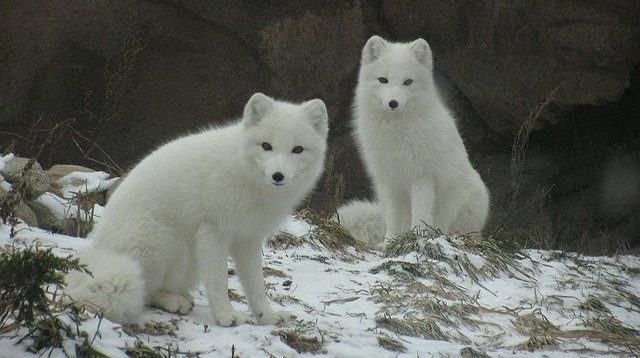 Arctic foxes have life-long mates. The parents work together to raise the pups or kits, but it’s the male fox that says with the cubs. They look for food and protect the den from predators, including polar bears.

Between February to August, arctic foxes usually have two litters a year. In the Spring, the females deliver the pups 49 to 57 days after mating. After the first litter is born, the foxes will wait a few weeks to mate again. The second litter is born around July or August.

Litters are typically large, the mother giving birth to 5-8 pups. During the summer, the parents work together closely to raise the pups.

Arctic foxes, as we covered before, are small animals. But if you think their small stature is all body, think again! Their bushy tails are 30-35% of the animal’s overall length, about 13″ long. The unusually long tails help the fox maintain their balance. It also serves as a cozy blanket. On those cold days, the fox curls its tail around its face, protecting its nose from cold.

We can talk scientific facts about the arctic fox all day, but there’s one fact you cannot leave out: this animal is incredibly adorable. With that fluffy white fur, who could resist the charm of this sly scavenger? We certainly can’t!