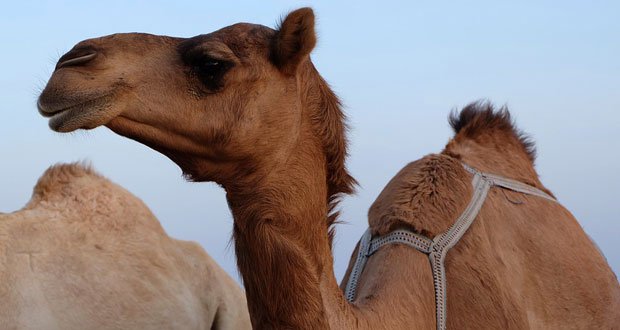 1. Camels originated in North America some 45 million years ago and roamed as far north as the Arctic. 3-5 million years ago, they crossed the Bering land bridge to Eurasia and eventually migrated south. They also ambled down to South America, where they evolved into llamas and alpacas. – Source

2. Google hired a camel to map a desert for Google StreetView. – Source

3. Rashid bin Saeed Al Maktoum, the Emir of Dubai from 1958 to 1990, said of their oil-centric economy: “My grandfather rode a camel, my father a camel, I drive a Mercedes, my son drives a Land Rover, his son will drive a Land Rover, but his son will ride a camel.” – Source

4. Peter O’Toole found his camel saddle uncomfortable while filming Lawrence of Arabia, so he put a piece of foam rubber under it. The film’s Bedouin extras saw this and copied it, and today the practice has spread to become Bedouin tradition. They call O’Toole “Father of the Sponge”. – Source 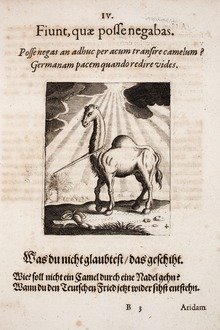 6. Cyril of Alexandria claimed that “camel” is a Greek misspelling in the phrase “it’s easier for a camel to thread the eye of a needle than a rich man to enter heaven.” He claimed camel was actually “kamilos,” meaning rope. – Source

7. In WWII, Germans tank drivers in Africa would drive tanks over camel poop for luck. Allies responded by planting land mines disguised as camel dung. Germans got wind of this and began riding over dung that was already overrun with tank tracks. In turn, Allies made mines looking like overrun dung. – Source

8. The country with the highest number of camels is Australia. – Source

9. Camel bites can cause your bones to dissolve. – Source

10. When faced against 120 war elephants, Timur the Lame stuffed his camel’s satchels with wood/hay, lit them on fire and prodded them forward. The sight of flaming camels charging at them caused the elephants to turn around and stampede their own lines. – Source

11. Saudi Arabia developed robotic camel jockeys because too many 4 yo slave boys were dying. Child slave jockeys were outlawed in 2005. – Source

13. Camels do not store water in their humps. The humps are actually reservoirs for fatty tissue. Concentrating fat in their humps minimizes insulation throughout the rest of the body, thus allowing camels to survive in such extreme hot regions. – Source

14. The Indian Border Security Force maintains a Camel Contingent on their northwest border with Pakistan. – Source 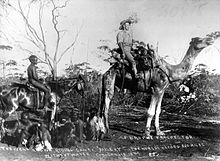 16. Australian explorer John Ainsworth Horrocks, “the man shot by his own camel,” accidentally shot off his fingers and teeth because the camel he was riding had moved while Horrocks was reloading. Shortly before Horrocks died from his injuries, he requested that the camel be shot. – Source

18. Camels have thick eyebrows and voluminous eyelashes to protect their eyes from the environment they live in. – Source

19. Camel wrestling is a traditional Turkish sport in which two male camels are motivated to wrestle in the presence of an in-heat female. The camels fight by using their necks as leverage to force their opponent to fall down. – Source

20. Abu Dhabi has a beauty contest for camels. – Source