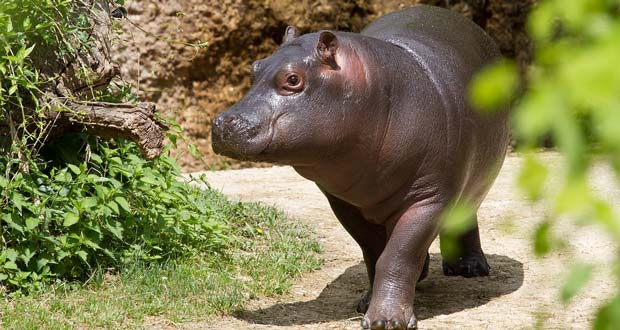 1. After Pablo Escobar’s death, the 4 Hippopotamuses he kept as pets have begun to breed and become an invasive species in Colombia. – Source

2. Theodore Roosevelt once supported a bill that would have allowed the introduction of Hippopotamuses into the Bayous of Louisiana. It fell just short of being passed. – Source

3. Hippopotamuses sleep underwater and rise to breathe every few minutes without waking. – Source

4. Hippopotamuses have red sweat that is frequently mistaken for blood. – Source

5. Hippopotamuses are most closely related to whales. – Source 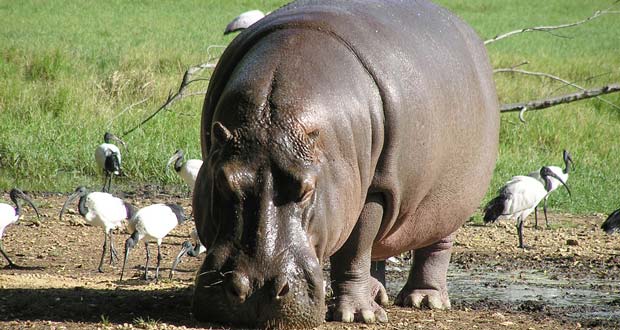 6. The Hippopotamus is the animal that kills the most humans per year in Africa. – Source

7. The Pygmy Hippopotamus is 2.5 feet tall that weighs around a fifth of the common hippopotamus. Fewer than 3000 of the small hippos remain in the wild. – Source

8. Hippopotamus marks their territory by defecation. While depositing the feces, Hippopotamus spin their tails to distribute their excrement over a greater area. – Source

10. It is very difficult to castrate a Hippopotamus. The testicles are inside the body, invisible from the outside. They aren’t in the same place from one Hippopotamus to the next, varying as much as 16 inches (40 cm), and they may retract even deeper during surgery. – Source

11. Huberta, a female South African Hippopotamus, traveled 1,600 km (1,000 mi) on her own over the course of three years. Being very popular, the Johannesburg Zoo tried to capture her. Despite being protected, hunters killed her and were fined 25£. 20,000 people greeted her after being taxidermied. – Source

12. The word “Hippopotamus” comes from the Greek words “hippos” and “potamus” which translates to “River Horse”. – Source

13. The first Hippopotamus seen in Great Britain since prehistoric times, and the first in Europe since Ancient Rome was called Obaysch. – Source

14. In Florida, there is a hippopotamus named Lu who was let loose into the wild in the 60’s. In ’91 Gov. Lawton Chiles made him an ‘honorary citizen’, free to live out his days in Homosassa Springs park. – Source

15. Owen the Hippopotamus got washed away from its mother. It then bonded with a giant 130-year-old tortoise instead. – Source

17. Hippopotamuses cannot swim. Their bodies are far too dense to float. Instead, they push off the bottom of the river or run along the riverbed. – Source