1. Vampire bats will die if they can’t find blood for two nights in a row. Luckily, generous well-fed bats will often regurgitate blood to share with others, in exchange for grooming. This has been noted by many naturalists as an example of reciprocal altruism in nature. – Source

2. Without bats, there would be no tequila. It’s made from the agave plant, which is pollinated by bats. – Source

3. Millions of bats in North America are dying from a disease called White Nose Syndrome. Scientists don’t know how to treat the illness. In 2008 an estimated 2.4 million pounds of insects went uneaten due to the diminished bat population, causing major strain on agriculture in New England. – Source

4. Practically all animals make vitamin C in their bodies, so they don’t have to eat it. The exceptions are fruit eating bats, guinea pigs, the red-vented bulbul bird, and primates, including man. – Source

5. When the Confederate Army was low on gunpowder, bat caves were raided for poop. Bat guano’s high nitrate content provided a key ingredient for the production of gunpowder. – Source 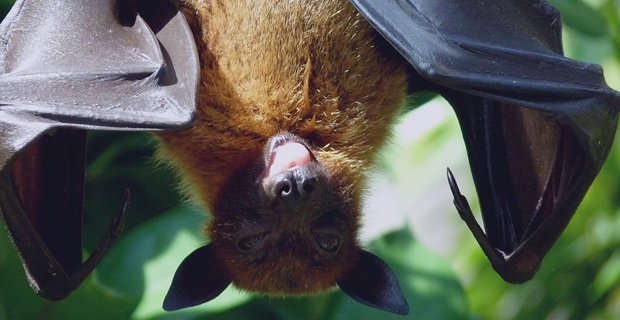 7. The saliva from vampire bats acts as an anticoagulant and is now used as an effective medication for stroke victims. It’s called Draculin after Dracula. – Source

8. In 1929 a “Bat Tower” was built in the Florida Keys to control mosquitoes. It was filled with bats, which promptly flew away – never to return. – Source

9. Dr. James C. Munch testified in court, under oath, that he had smoked marijuana, and it turned him into a bat. Dr. Munch was the “official expert” on marijuana for the U.S. government from 1938 to 1962. – Source

10. Hawaii has only one native land mammal and it’s a bat. The rest are invasive. – Source

11. One of the largest bats in the world, the golden-capped fruit bat, with a wingspan of 5.6 feet, does not possess echolocation. It instead relies on its keen senses of sight and smell to locate food, usually traveling more than 25 miles for it. The species is now facing extinction. – Source

12. Fruit bat mothers cry when you take their baby away. – Source

13. The US created a bomb containing hibernating bats with a timed incendiary device. Launched at dawn the bats would inhabit nearby attics up to a 40-mile radius setting fire to enemy territory. They named it the Bat Bomb. – Source

14. There are two libraries in Portugal that use resident bat colonies to protect the books from insects. – Source

15. A species of tiger moths effectively jams bats’ echolocation by producing up to 4,500 clicks per second. This jamming is the most effective prey defense against bats ever documented, reducing their success rate tenfold. – Source 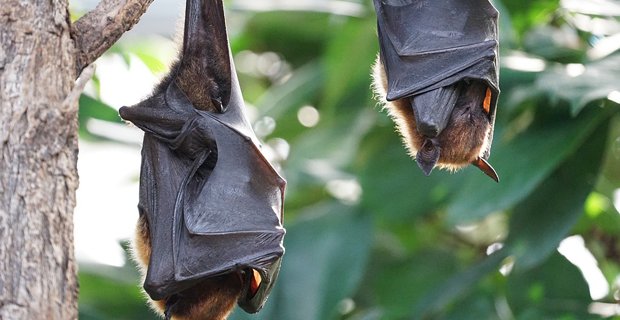 17. Female bats give oral sex to male bats as foreplay to prolong the act of mating. – Source

18. Bat droppings contain numerous infectious organisms, many of which if disseminated to the brain could make you literally “bat sh*t crazy”. – Source

19. Bats exert no energy to hang upside down, instead relying on its body weight to keep its talons closed. – Source

20. ‘Patient zero’ of last year’s West African ebola outbreak was a Guinean child who played with bats residing in a hollow cola tree. It is unknown whether the bats were the ultimate source of the infection since either by coincidence or as a result of that public warning, the tree was burnt down. – Source