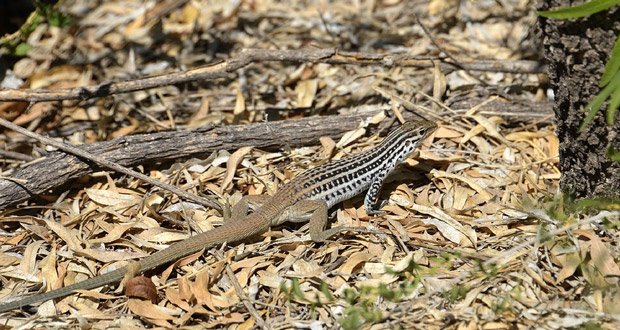 1. The whiptail lizard is an all-female species, the males have gone completely extinct. They’re not hermaphroditic, the females actually lay, and hatch from unfertilized eggs. – Source

2. A species of Australian lizard is abandoning egg-laying in favor of live birth. – Source

3. A complete fossil of 23 million-year-old lizard in Amber Resin was found by Mexican Researchers. – Source

4. It only took 70-years for the lizards in parts of the USA to adapt to fire ants, they now have longer legs and new behaviors that aid them in escaping from the danger. – Source

5. Some lizards, in which the tail is a major storage organ for accumulating reserves, will return to a dropped tail after the threat has passed, and will eat it to recover part of the sacrificed supplies. – Source 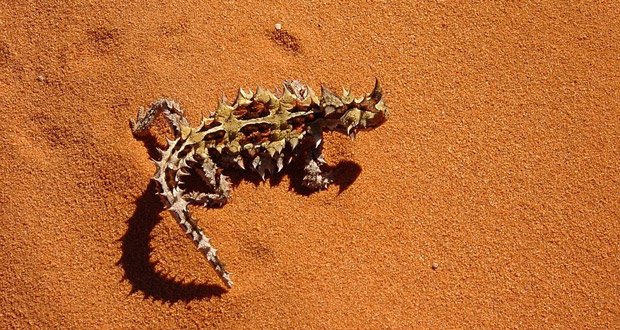 6. The Thorny Devil Lizard is a reptile that channels water that comes into contact with his skin through Hygroscopic grooves to its mouth (It can drink water by standing in it). – Source

7. There’s a lizard whose mating behavior follows a Rock-Paper-Scissors evolutionary strategy. Males have 1 of 3 throat colors where orange beats blue, blue beats yellow, and yellow beats orange. For 4-5 years, one strategy dominates, after which the strategy that exploits its weakness takes over. – Source

8. Lace monitors dig into a termite mound to lay their eggs, the termites then reseal the mound keeping the eggs at a constant temperature. The lizard returns 9 months later to dig the eggs out so they can hatch. – Source

9. Most lizards can’t breathe and run at the same time, due to sideways flexing of the body expanding one lung and compresses the other, shunting stale air from the lung to lung instead of expelling it completely to make room for fresh air. – Source 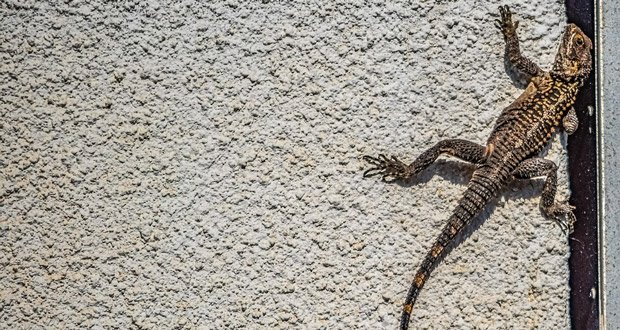 11. Some animals like lizards have a third eye, a very small grey oval between their two regular eyes, which functions as a photoreceptor connected directly to the pineal gland to tell their brain when it is day or night while the regular eyes are closed. – Source

12. Australian sleepy lizards are monogamous for life and grieve if they lose their partner. – Source

13. In 2011, the large Sungazer lizard found in South Africa was assigned to the new genus Smaug, inspired by the dragon in J.R.R Tolkien’s The Hobbit. – Source

14. The existence of the Texas horned lizard, a lizard that throws bloodstream from its eyes to defend itself. – Source

16. Lyme disease infected ticks that bite the Western Fence Lizard basically get cured of it because of a protein in the lizard’s blood that kills the bacterium. – Source

17. The regenerated tail of a lizard is not a perfect replica of the original, but a poor knock-off with a different anatomy. – Source

18. The Shingleback Lizards gives birth to live young. Also, the offspring are 35% of the mother’s body weight. It would be the equivalent of a woman giving birth to a seven-year-old child. – Source

19. Lizards are more closely related to humans than they are to salamanders. – Source

20. The Pinocchio Lizard, which was believed to be extinct for over 40 years, was re-discovered in Ecuador. – Source