Here are 22 Interesting Facts About Portland. 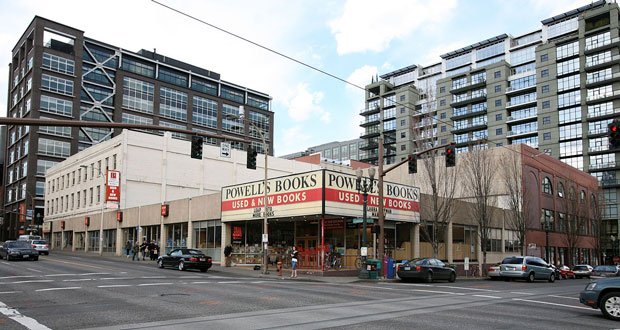 1. There is a bookstore in Portland, Oregon that takes up an entire city block. – Source

2. Portland has started generating clean energy by replacing some water pipes with pipes that contain turbines. The turbines generate electricity from water that is already flowing under the city. The pipes are expected to generate $2,000,000 worth of renewable energy capacity for over 20 years. – Source

3. Despite not having a nuclear engineering program (no engineering programs at all) Reed College in Portland, OR is the only liberal-arts school to have a nuclear reactor. It is run by undergraduates, and has more female operators than any other nuclear program in the world combined. – Source

4. A Portland dairy was forced to pay staff over $10 million in back pay because of a missing Oxford comma in the state overtime laws. – Source

5. Portland has the most strip clubs per capita in America. – Source 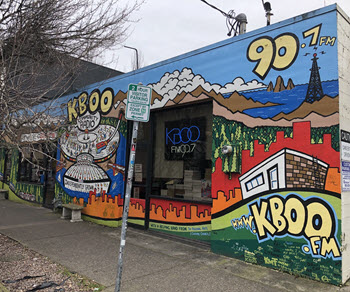 6. Robert Plant once donated $10,000 to KBOO, a non-profit community radio station in Portland Oregon, to never play “Stairway to Heaven” ever again. – Source

7. Portland, Oregon’s first bicycling boom ended starting in 1900 when a group of prostitutes began to ride them and solicit customers on their rides about town. Soon women riding bikes were assumed to be prostitutes and other women stopped riding. – Source

8. Voodoo Doughnut, a doughnut shop in Portland, used to sell doughnuts glazed in NyQuil and others packed with Tums and Pepto until local health officials ordered them to stop. – Source

9. Officials in Portland, Oregon, drained 8 million gallons of water from a reservoir in 2011 because a buzzed 21-year-old peed in it. – Source

10. The world’s oldest living drag queen is Darcelle XV who at age 88 is still performing at her namesake club that she founded in 1967 in Portland, Oregon. – Source 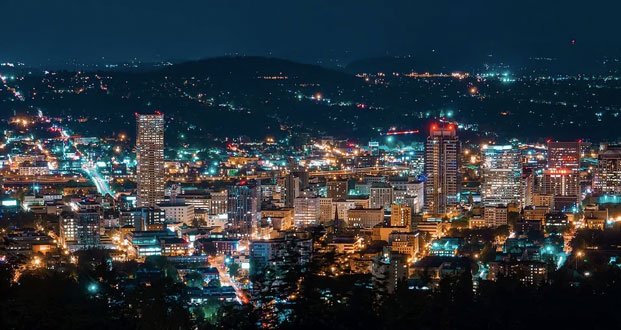 11. Portland, Oregon was named from a coin toss. The two founders each wanted it named after their respected hometowns which were Boston, MA, and Portland, ME. – Source

12. In Portland, in the 1800s there were so many trees cut down that people could use the stumps as stepping stones to keep out of the mud while they walked. – Source

13. There is a guy who calls himself “The Unipiper” that unicycles around downtown Portland, Oregon wearing a Darth Vader outfit and playing the bagpipe. – Source

15. The smallest park in the world, Mill Ends Park, is in Portland, Oregon with a 2-foot diameter and a total area of 452 square inches. – Source 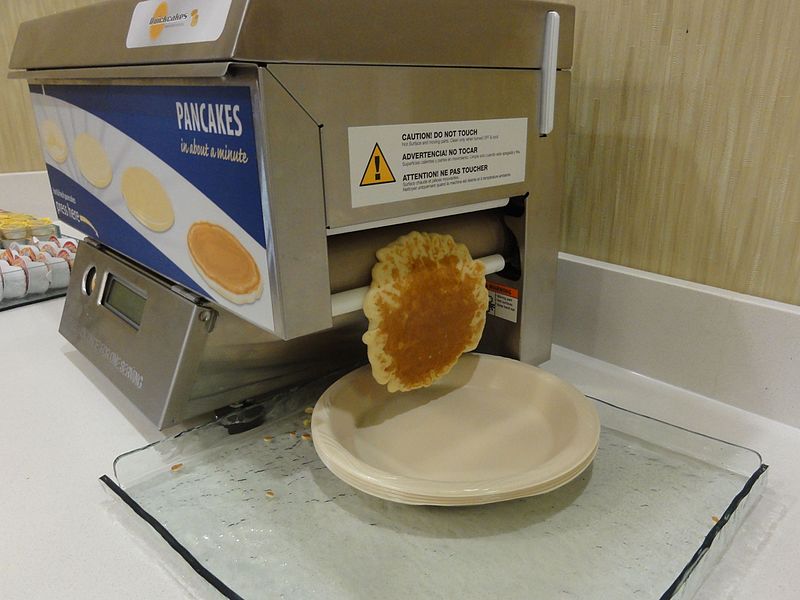 16. A completely automated the pancake machine was invented in Portland, Oregon, in 1928. – Source

17. Portland, Oregon, has more pinball machines than any other city in the US, including New York, Chicago, or LA. – Source

18. Portland Airport’s (PDX) CARPET is so beloved, residents have created merchandise, a craft beer, and even tattoos based on the design. – Source

19. “Dignity Village” is a large homeless encampment in Portland with its own city council, a system of governance, and neighborhoods of quirky private shacks. – Source

20. In 1967, Revell gave away a full-size mockup of a Gemini Spacecraft. The winner was a 13-year-old from Portland, Oregon. One of the stipulations of receiving the prize was that it must be donated to a museum by the winner. It is still on display in The Oregon Museum of Science and Industry. – Source

21. The Portland metropolitan area is called Silicon Forest for its concentration of high-tech companies. – Source

What are some cooking tips everyone should know?