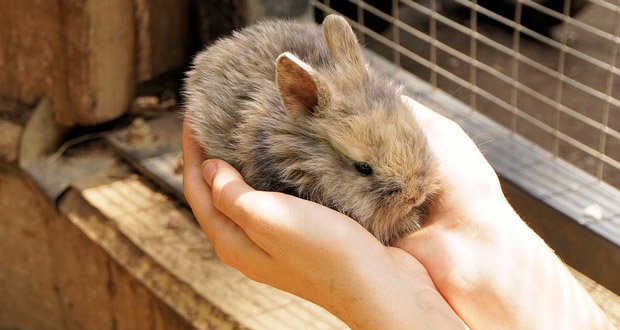 1. It’s illegal in Queensland (Australia) to own a pet rabbit unless you can prove that you’re a magician. – Source

2. While filming Monty Python and the Holy Grail, the live rabbit they used for the “monster” scenes was covered in what they assumed was a washable red dye. But when they had trouble cleaning it off, they had to stop filming to desperately clean the rabbit before its owner arrived. – Source

3. Mary Toft managed to trick doctors into believing that she had given birth to rabbits. Mary did this by shoving the rabbits up her vagina before pushing them out and “birthing” them. – Source

4. Rabbits and hares are two different species: Rabbits are born blind, hairless and dig burrows to live and hide. Hares are born with open eyes, fur, and escape predators running away from them. – Source

5. 24 rabbits set lose in Australia grew to a population of 10 billion in about 67 years. – Source 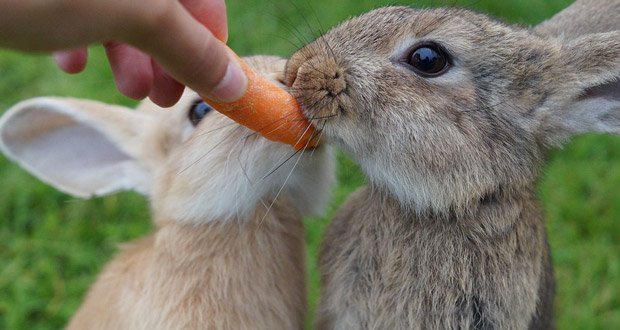 6. Carrots should not be fed to rabbits. Rabbit’s natural diets do not include roots, fruits, or iceberg lettuce, and that carrots can cause tooth decay and digestive problems. – Source

7. The original idea behind Marge Simpson’s hair was to conceal large rabbit ears. The gag was intended to be revealed in the final episode of the series but was scrapped early on due to inconsistencies. – Source

8. In 1950, a disease called Myxomatosis was introduced to rabbits for population control in Australia. It wiped out 500,000,000 rabbits, giving them skin tumors and causing blindness, often killing them within 2 weeks. – Source

9. Okunoshima, Japan (aka Rabbit Island) has thousands of wild rabbits which began from only 5 released there in the ’60s. Since there are no natural predators to keep the rabbit population in check and tourists feed them, the rabbits have no fear of people and will swarm them with cuddles. – Source

10. The Easter Bunny originated among German Lutherans in 1682 and originally played the role of a judge, evaluating whether children were good or disobedient in behavior at the start of the season of Eastertide. He then would proceed with bringing colored eggs for the children. – Source 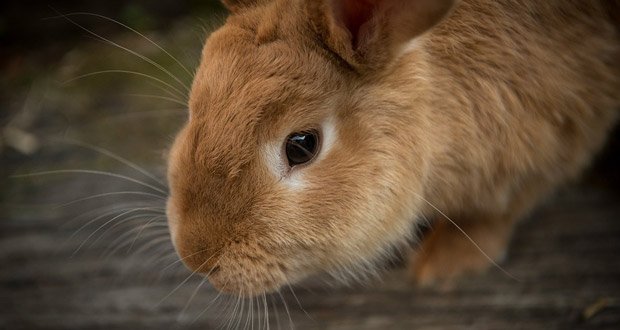 11. Rabbits weren’t domesticated until the 7th century AD, and that the reason they were domesticated is that the Catholic church ruled that fetal rabbits were a type of fish and therefore OK to eat during Lent. – Source

12. You should not ever give rabbits a full body bath, because they may possibly die from shock. – Source

13. A French scientist accidentally killed 45% of the rabbits in Europe because he was tired of rabbits eating his garden. – Source

14. The Sumatran Jungle Rabbit is one of only two jungle rabbits and the only striped rabbit in existence. It has hardly been seen and wasn’t photographed until the late 20th Century/early 21st century. – Source

15. In 2006, a German rabbit farmer sent 12 giant rabbits (the size of dogs) to North Korea for the purpose of a breeding program, but he refused to send more after realizing that officials might have eaten the rabbits instead of breeding them. – Source

16. The Shope papilloma virus can cause rabbits to grow horns. This may have been the source of myths such as the Wolpertinger and the Jackalope. – Source

17. In 1807, while hunting, a group of 3,000 rabbits barraged Napoleon Bonaparte and his men. They attempted to fight off the fuzzy creatures but ended up fleeing and escaping in their coach. – Source

18. Eating nothing but only rabbit can kill you. – Source

AskReaders: What are some of the most interesting 24/7 live-streaming webcams to watch from around the world?