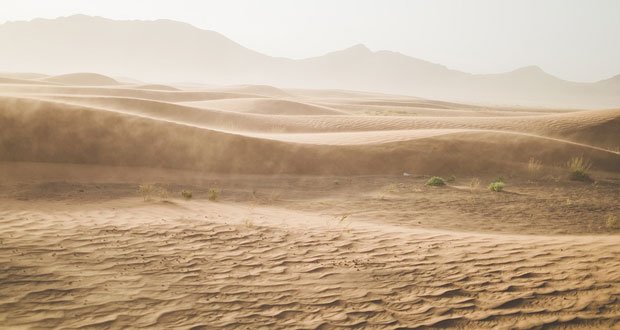 1. A wobble of Earth’s axis causes the Sahara to cycle between desert and grassland every 23,000 years. – Source

2. Nutrient-laden sand from the Sahara travels more than 3,000 miles to fertilize the soil in the Amazon. It is one of the leading reasons for the extreme biodiversity of the region. – Source

3. The Sahara Desert Ant is able to form a direct route back to its nest after foraging by adding and subtracting the vectors of its path in its head, thereby creating a short and distinct return path. – Source

4. A 30-mile giant eye in the Sahara once served as a geographical landmark for astronauts. – Source

5. There’s a society of 1.2 million where men wear veils and women do not; where most women are literate while most men are illiterate; and where livestock is owned by the women. And they’re Muslim, living in the middle of the Sahara. – Source

6. There is a Stonehenge type megalithic stone, calendar structure in the Sahara, built around 6000 years ago. – Source

7. Dust from the Sahara has produced a massive carbon sink in the Bahamas, and humans could mimic nature by artificially repeating the process elsewhere. – Source

8. There was once a plan to flood below sea level areas of the Sahara, creating large inland seas that would bring humid air, rain, and agriculture deep into the desert. – Source

9. There is a 2,700km long wall running through the Sahara. Created in 1987 it is still manned 24/7/365 by thousands of soldiers, supported by radar and surveillance equipment, and it features the longest continuous minefield in the world. – Source

10. A substance called “Libyan Desert Glass” is found in the Eastern Sahara and the deserts of Libya, this glass is of unknown origin and has been found in ancient Egyptian Jewelry such as Tutankhamun’s Pectoral. – Source

11. There was a solitary tree in the Sahara, keeping itself alive with a 110′ deep root system. Until a drunk driver managed to ram his truck into it. – Source

12. An ancient mega lake existed beneath the Sahara at one point covering over 42,000 square miles. – Source

13. The Sahara is large enough to cover almost all of the United States. Its name means “desert” in Arabic, so calling it the “Sahara Desert” would equate to calling it the “‘Desert’ Desert”. – Source

14. The Sahara Resurrection Plant can survive over 100 years without water. It completely dries up and rolls around the desert until it finds the wet ground and then only buds if it happens to rain shortly after that. – Source

15. There is a memorial to UTA Flight 772 in the middle of the Sahara, using the wreckage from the crash and hundreds of miles from the nearest city. It is visible on Google Maps. – Source

18. The Sahara is the third largest desert in the world. A desert is defined by extremely low levels of precipitation. – Source

19. There is an art installation in the Sahara which covers over 100,000 square meters and can be seen from the sky. – Source

20. Timbuktu, as in the saying “From here to Timbuktu”, is a city in the African country of Mali, and located in the Sahara. – Source

25 Uplifting Headlines of the Week - Part 88