Here are 22 interesting facts about Tornadoes 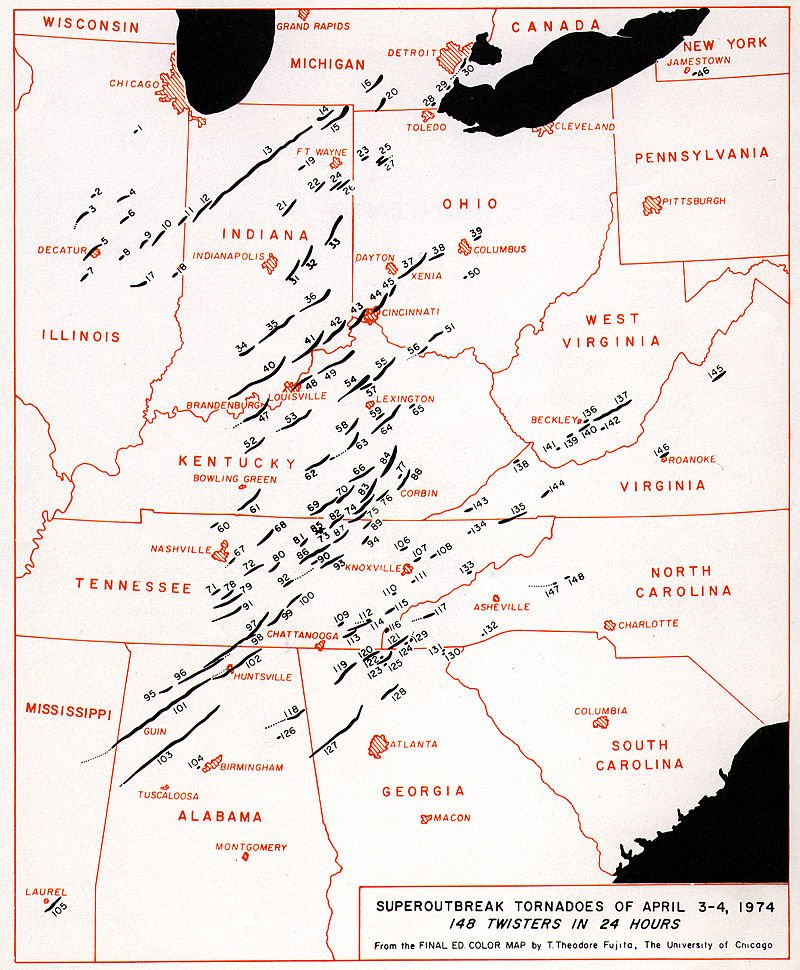 1. During the tornado outbreak of 1974, forecasters in Indiana, frustrated because they could not keep up with all of the simultaneous tornado activity, put the entire state under a blanket tornado warning. This was the only time in U.S. history that an entire state was under a tornado warning. – Source

2. A 75-yr-old woman took shelter from a tornado in her bathtub. The tornado ripped off the roof of her house, lifted the tub out of her bathroom, and deposited it in the woods with the uninjured woman still in it. – Source

3. After a tornado in 1998, 1000+ trees were toppled at The Hermitage, a plantation built by President Andrew Jackson. Using wood from the fallen trees, the Gibson Guitar Corporation produced 200 limited editions of “Old Hickory” guitars. – Source

4. A massive earthquake struck Japan in 1923, causing a fire tornado that incinerated 38,000 people in 15 minutes and was so hot, people’s feet were melted to the ground and they could not run away. – Source

5. When the deadliest tornado touched down in 1925 Missouri, people were taken by surprise. This was because the word ‘tornado’ was banned from US weather forecasts since the late 19th century due to hysteria. This mentality shifted after the tornado killed 675 ill-prepared residents. – Source 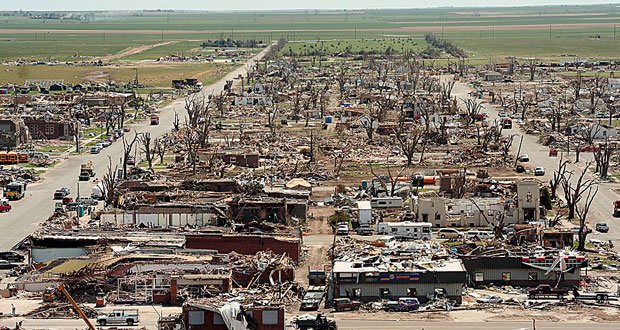 6. The town of Greensburg, Kansas was almost completely destroyed by an F5 tornado in 2007. The city used the opportunity to rebuild as one of the greenest cities in the world. – Source

8. On 27 April 2011, 360 total tornadoes were confirmed to have touched down in 21 states spanning from Texas to New York and southern Canada, killing 348 in total and making it the largest and deadliest tornado outbreaks recorded. – Source

9. In 2003, the smoke from large bushfires in Canberra, Australia formed a Cumulonimbus Flammagenitus. Essentially the fire created its own supercell storm, complete with lighting and forming an F3-rated fire tornado. The tornado and associated fire killed 4 people and injured 492 others. – Source

10. The city of London started out as a settlement of the Roman Empire called Londinium and that it was largely destroyed by a massive F4 tornado that struck it more than 1,000 years ago. – Source 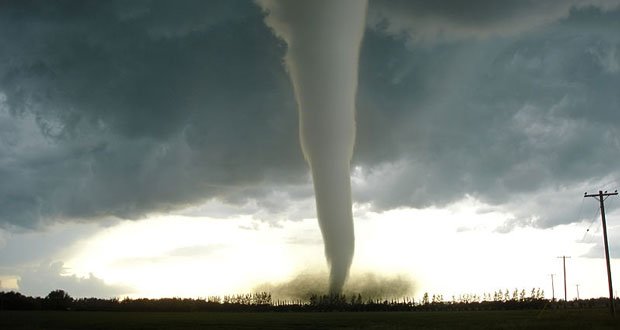 11. The FCC had a ban on TV/radio media releasing tornado warnings until 1954 when Harry Volkman broadcast the first televised tornado warning in Oklahoma City, due to his belief the ban was costing lives. – Source

12. The United States by far has the most tornadoes in the world, averaging 1,274 per year in the last decade while Canada reports nearly 100 annually. – Source

13. In 1981, a Dutch airplane flew into a tornado and was ripped apart in mid-air killing all 17 onboard. – Source

14. On 3 June 1980, seven tornadoes struck Grand Island, Nebraska in four hours. Several of them looped back over their own path at least once. Three of them spun counterclockwise, the direction in which only ~2% of Northern Hemisphere tornadoes spin. – Source

15. Tornadoes of up to EF3 intensity can spawn INSIDE of hurricanes. – Source 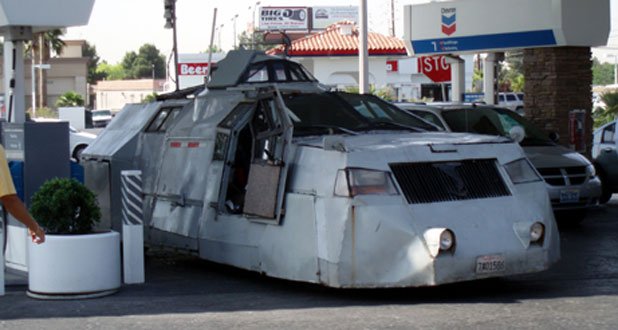 16. The “Tornado Intercept Vehicle” is a 14,300 lb armored Dodge Ram designed to drive into and film the inside of tornadoes. – Source

17. There are space tornadoes on the sun. – Source

18. Songbirds can hear tornadoes long before they form. – Source

19. There is a tornado-shielding sleeping bag that can stop edged and piercing debris, potentially traveling at speeds up to 320kph, from killing you. – Source

20. There’s a type of tornado alert, considered to be a level higher than a Tornado Warning, that is issued to signify that an incoming tornado is EXPECTED to cause a high number of fatalities and extreme damage. It’s called a “Tornado Emergency”. – Source 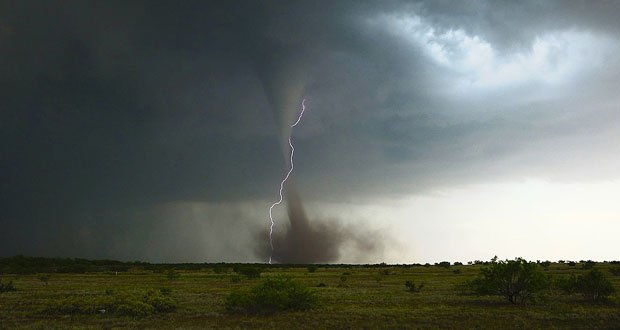