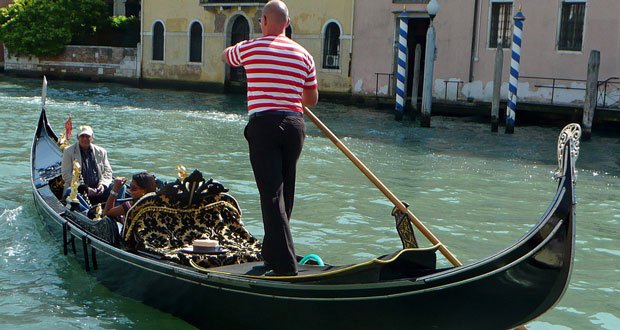 1. One of the most sought-after jobs in Venice is that of the gondolier. There are only 425 licenses issued, and applicants must be Venetian by birth. Apprenticeships involve over 400 hours of training, and when a gondolier dies the license passes to the beneficiary, who then decides the replacement. – Source

2. Venice Island was built on a foundation of tree trunks. 1200 years later, those same trunks still support almost all of central Venice. – Source

3. The success of Venice during the Middle Ages has been credited to its system of government which selected politicians by lottery. – Source

4. A Pink Floyd concert in Venice in 1989 was so disruptive that it resulted in the mayor and the entire city council resigning within a week. – Source

5. Venice does not have a complete modern sewer system. In the historic core, much of the raw sewage goes straight into the canals. – Source 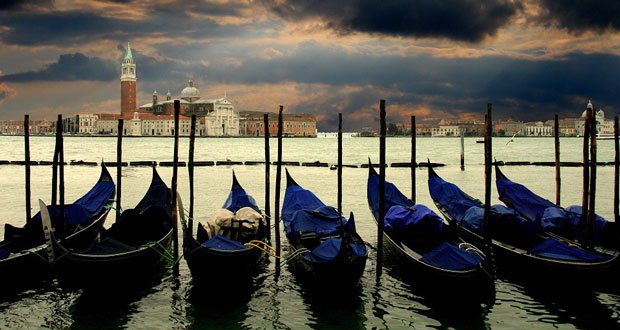 6. In 2008, due to tourism and skyrocketing rent, the population of Venice dropped below 60,000 and the residents held a public funeral for the city. – Source

7. A costume ball held in Venice, 1951, is considered the “party of the century.” Hosted by an eccentric millionaire, a thousand guests attended, including Salvador Dali, Christian Dior, & Orson Wells. Many that weren’t invited arrived by yacht and anchored offshore, hoping they would get in. – Source

9. Venetian, spoken in and around Venice, Italy, is not a dialect of Italian. – Source

10. The word “quarantine” comes from the 40-day period, or “quaranti giorni,” that ships were required to wait outside of the port Venice, Italy during the time of the Black Death (1346-53) to make sure nobody on board was sick. – Source

11. The famous city of Venice is comprised of 118 submerged islands. – Source

12. Around 1725, Venice thrived as the pleasure capital of Europe, with vices permitted so long as they brought tourism. It was a required stop on the Grand Tour, traveled by men coming of age, especially Englishmen. The famed Carnival, gambling houses, and beautiful courtesans were major draws. – Source

13. In 1358, The Great Council of Venice declared prostitution to be “absolutely indispensable to the world”, and government-funded brothels were established in major Italian cities throughout the 14th and 15th centuries. – Source

14. Many newspapers papers are called Gazette because the first newspaper in Venice, Italy sold for one Gazzetta. – Source

15. In Mercantile times, Venice valued their glass industry’s trade secrets so much that they sent assassins to kill expatriate glass workers who assisted France in setting up their own glass industry. – Source

16. Venice is projected to finish an estimated €5.4 billion project in 2018 that aims to protect the city from flooding. The mobile floodgates will be installed across 3 inlets & be able to handle swells of up to 3 meters. – Source

17. Giorgia Boscolo is the first woman with a Gondolier license in Venice. – Source

18. On August 22, 1849, the first air raid in history occurred when Austria sent pilotless, bomb-bearing balloons over Venice. Some of the balloons exploded as intended, but others flew back over the Austrian lines. – Source

19. The Venice Tramway is single rail tram/bus vehicle that has both rubber tyres and single guide rail. – Source

20. For a thousand years, Venice was lead by a Chief Magistrate known as the “Doge of Venice”. – Source