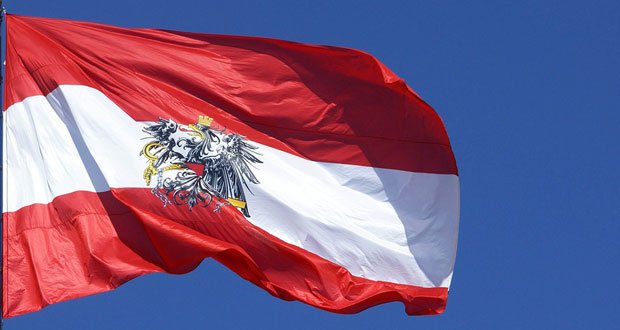 1. When the mayor of f**king, Austria was asked if he would change the town’s name, he replied: “everyone here knows what it means in English, but for us f**king is f**king and it’s going to stay f**king.” – Source

2. Austria acquired around 15 fighter jets but can’t afford to run them, nor employ enough pilots. – Source

3. Over 300 incidents of child murder occurred in the 1700s in Austria and Germany due to incidents of “suicide by proxy”. Religious people were killing young children in order to have the government execute them so they could get into heaven. – Source

4. In 1938 Mexico was the only country to protest against the German annexation of Austria. – Source

5. Emperor I Ferdinand of Austria had 20 seizures per day, and could not speak coherently. The only intelligible sentence he ever spoke during his 13-year reign was: “I am the emperor, and I want dumplings!” – Source

6. Erwin Rommel did not want Hitler to be assassinated, fearing he would become a martyr, and that it would spark a civil war in Austria and Germany. Instead, he wanted him tried for his crimes. – Source

7. A flock of birds in Austria got drunk off fermented berries and caused a freeway pileup by dive-bombing cars. – Source

8. On their very first day of school children in Austria are given a cardboard cone (“Schultüte”) filled with toys and sweets. – Source

9. Before Austria-Hungary divided and separated, their motto was “Indivisible and Inseparable”. – Source

10. Austria, despite being landlocked, had a naval squadron until 2006. The squadron consisted of two boats, patrolling the Danube river. – Source

11. When the von Trapp family (popularized in the movie ‘The Sound of Music’) left Austria after disagreeing with Nazi ideologies, the Nazis made use of their abandoned home as Heinrich Himmler’s headquarters. – Source

12. In 1924, The New York Times published an article entitled “Hitler Tamed By Prison” following Hitler’s release from prison. In it, they state: “It is believed he [Hitler] will retire to private life and return to Austria.” – Source

13. In 1750, a fully automated scale-model clockwork town was built in Austria, with 200 moving figures all replicating the activities of various townspeople and it’s still working today, over 260 years later. – Source

14. A park called Gruner See in Austria turns into a lake during the summer when the snow from the mountains melts and forms a body of water. – Source

15. During 1939-1940, a Chinese diplomat in Vienna named Ho Feng Shan risked his life and career and acting against the orders of his superior, issued visas to any Jews that requested one. Because of his action, thousands of Jews were able to escape out of Austria during WWII. – Source

16. In 1945, The Holy Crown of Hungary was recovered in Austria and sent to Fort Knox in the United States for safekeeping from the Russian Army. It was later returned by the President Jimmy Carter in 1978. Kings have been crowned with it since the twelfth century. – Source

17. Sigmund Freud was permitted to leave Austria by the Gestapo if he signed a document that stated that he had been treated well. Freud signed the document and added a postscript saying ” I can highly recommend the Gestapo to everyone. – Source

18. Austrian Empress Maria Theresa’s decision to have her children inoculated changed Austrian physicians’ negative view of inoculation.The empress inaugurated inoculation in Austria by hosting a dinner for the first 65 inoculated children in Schönbrunn Palace, waiting for the children herself.” – Source

20. New York City had so much trouble finding math and science teachers in 1998 that they hired 24 of them from Austria which had a surplus of teachers. – Source

21. Maria Altmann fought the Austrian court for several years to get a series of 5 paintings back, stolen by the Nazis, that had been hanging in museums in Austria, only to sell them for 325 million USD to private dealers. – Source

23. In 2006, Austria issued a stamp containing 0.03g of genuine dust from a 42-pound meteorite. This was the world’s first stamp to contain actual traces of a meteorite. – Source

24. The town of Hallstatt, Austria is so loved by Chinese tourists, they built a replica in China. – Source

25. In Austria, when someone is graduating with a doctoral degree, it is traditional for colleagues to decorate their mortarboard cap with a diorama of miniature objects representing their work. – Source

26. Although many people believe that Edelweiss is an Austrian folk song, it was actually written for The Sound of Music and is hardly known in Austria. – Source

25 Uplifting Headlines of the Week - Part 49

October 1, 2017
Latest Posts
Subscribe to Blog via Email
Did you know?
Loading...
Facts of the Day
Registration is disabled.