Located in London, Wembley Stadium’s impressive size and capacity are unrivaled in all of the UK. It’s home to a range of sporting events and concerts, but only the greats have any hope of filling it. The ability to sell out Wembley is one of the greatest benchmarks of a performer’s success. Here are 11 facts about the great Wembley Stadium. 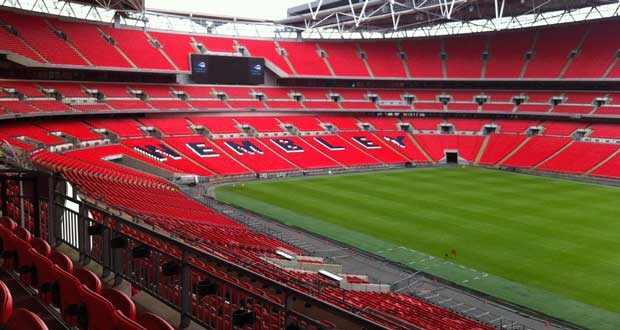 The current Wembley Stadium was built between 2002-2007 after the original was demolished. The original, nicknamed Empire Stadium, was built in 1923 and was the ‘capital of football.’

2. Wembley is built on the site of the second Eiffel Tower.

In the 1890s, a man named Edward Watkin began construction on what was intended to be the ‘Great Tower of London,’ a tower modeled after the Eiffel Tower—but even taller. Watkins’ bankruptcy meant he never completed the tower, and what was built was demolished in the early 1900s.

The Australian company Multiplex, which also built the tallest tower in Australia, constructed the new Wembley. Unfortunately, due to accidents, delays, and legal troubles, the company lost money on the construction.

4. It’s the second-biggest stadium in all of Europe. 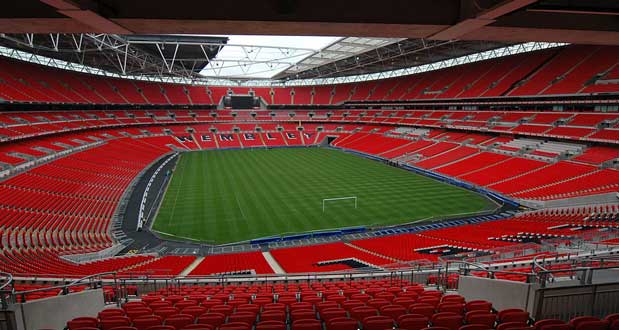 With over 90,000 seats, Wembley is the second-largest stadium in Europe. Only Camp Nou in Barcelona is bigger.

The stadium is a massive 1 kilometer in circumference and a volume of 4,000,000 cubic meters to fit all those seats.

6. Muse is the first band to completely sell it out.

The stadium, completed on March 9, 2007, was sold out as quickly as June 16 that year. Alt-rock band Muse sold it out as part of their ‘Black Holes and Revelations’ tour.

7. Its roof arch is the largest in the world. 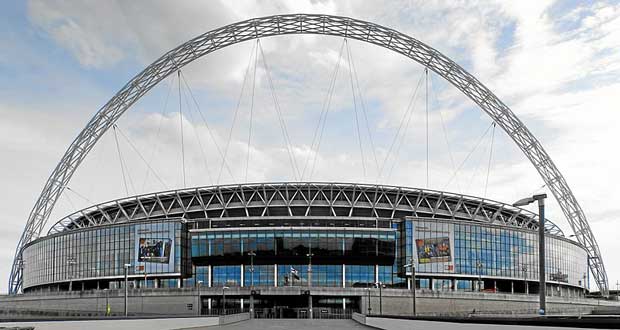 One arch supports over 75% of the Wembley roof. It’s a massive arch, 134 meters tall, 315 meters long, and visible across London.

8. It has more toilets than any other venue in the world.

You’d expect there to be a lot of toilets, but 2,618? That’s more than any other venue in the world.

9. Its field is less than special.

Despite the stadium’s engineering magnificence, its field leaves a lot to be desired. It has been relaid at least ten times but is still reviled by players, even being blamed for major English football losses.

10. It hosts American football games, too. 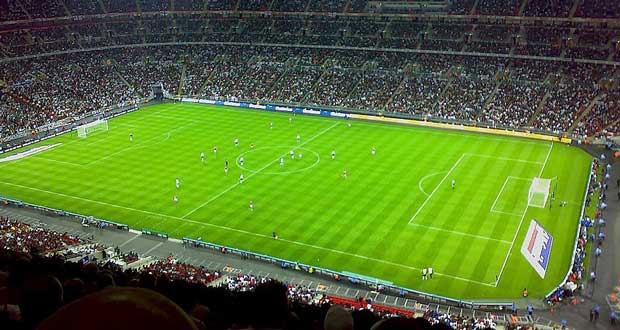 The NFL team Jacksonville Jaguars had a contract to play some of their games there between 2013 and 2020.

11. It is the site of the highest attendance in boxing history.

On April 29, 2017, Wembley hosted a boxing match between Anthony Joshua and Wladimir Klitschko. It was the most-attended boxing match in history, with 90,000 fans in attendance.

Wembley Stadium is a marvel of engineering and the site of numerous feats of performance and attendance. Its capacity and reputation make it a mecca for those who want to be a part of stadium history.