1. Bikram Yoga was invented in the 1970’s by a man called Bikram Choudhury, who decided to copyright poses developed from those available for free for centuries. He also compares himself to Jesus and sues everyone who tries to “copy” his business. – Source

2. A 2012 survey by Yoga Journal found that only 18 percent of yoga practitioners are men. Many men say they easily get bored doing it or that their bodies aren’t built for pretzel-like poses. – Source

3. In India, inmates take yoga to reduce their jail sentences and very few have resorted to crime after their release. – Source

4. People in Oregon take yoga classes with goats; it is so popular that these classes have roughly 900 people on a waiting list. – Source

5. There is therapy called “Laughter Yoga” where you laugh continuously for no reason to reduce stress. – Source 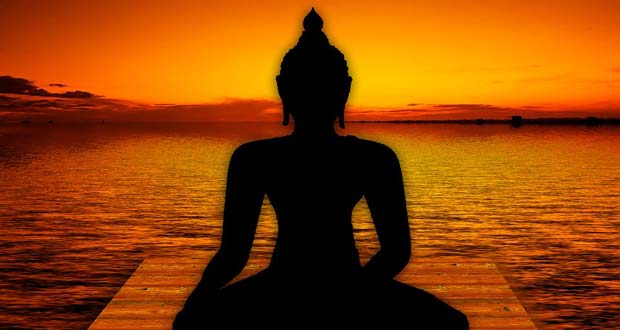 6. The word yoga comes from the Sanskrit root yuj, which means “to join” or “to yoke”. – Source

7. A yoga practice called Kechari Mudra that involves placing the tongue into the nasal cavity from the throat supposedly combats aging, death, laziness, thirst, hunger, fainting, and getting sick. – Source

8. ‘Yoga Butt’ doesn’t just refer to the nice looking behinds yoginis get when wearing yoga pants. It’s also an injury that results from overworking the muscles in your butt during yoga. – Source

9. A trend in Russia called “Baby Yoga” involves throwing an infant around your head and flinging them around to help build their physical endurance. – Source

10. Doga is the practice of yoga with pet dogs in which dog practitioners seek to achieve a greater harmony with their dogs through meditation, gentle massage, and stretching. – Source

11. The first yoga mat as we know it today was cut from carpet padding. – Source

12. A scholar suggests a majority of the poses or ‘asanas’ in Yoga aren’t part of any ancient Indian tradition but was actually adopted in the early 1900s, taken from British Army calisthenics and Danish ‘primitive gymnastics’, for example, the ‘sun salutation’ and ‘downward-facing dog’. – Source

13. There is something called “Black Yoga”, which is doing Yoga while listening to black metal/heavy metal and other kinds of alternative music. – Source

14. ‘Beer Yoga’ is a thing because it helps you reach the “highest level of consciousness as it pairs philosophy of Yoga with the pleasure of beer-drinking.” – Source

15. Horse Yoga is practiced by a school in Argentina. Participants pose on horses lying on their backs. – Source