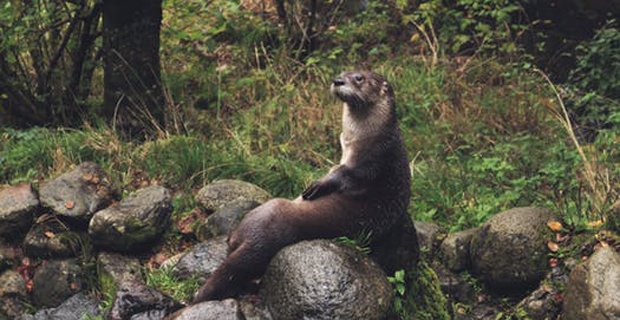 1. Due to its aquatic habitat and behavior, the Catholic Church officially categorized the Beaver as a type of fish, making it acceptable to eat on Good Friday and throughout Lent. This ruling was later extended to the Capybara and muskrat as well. – Source

2. On Good Friday 1930 the BBC reported that there was no news so instead, they played piano music. – Source

3. During the Great Fire of New Orleans in 1788, priests refused to allow church bells to be rung as fire alarms because it was Good Friday. As a result, 856 buildings burned during the conflagration. – Source

4. Many parts of Germany ban dancing on Good Friday. “The strictest bans start at 4 a.m. on Thursday and run through Saturday.” – Source

5. Radio & TV stations in NZ aren’t allowed to play any commercial content at all on Good Friday, Easter Sunday & Christmas Day or they get fined. – Source

6. In the Philippines, they re-enact the Crucifixion on Good Friday by actually nailing people (people who volunteer) to a cross. – Source

7. The Good Friday Earthquake, a magnitude 9.2 quake centered in Alaska, caused the water in the Edwards Aquifer located in San Antonio to ‘slosh’ at least 5 feet – and then the pen skipped off the page. – Source

8. In 1592 “the London Clerk of Markets issued a decree forbidding the sale of hot cross buns and other spiced bread, except at burials, on Good Friday, or at Christmas. The punishment for transgressing the decree was forfeiture of all the forbidden product to the poor.” – Source

9. The Saturday after Good Friday and before Easter Sunday is called Holy Saturday. – Source

11. On Good Friday almost 500 years ago, Scots fought in a battle on Swedish soil in which their country was not involved. – Source

12. There is a superstition on Good Friday that if you wash your clothes the head of the household could die. – Source

13. No-one’s entirely sure where the name “Good Friday” actually came from. – Source

14. In 1935 the Germans published a new calendar, removing names of saints’ days and Good Friday was named in memory of the 4500 Saxons who were murdered by Charlemagne the Butcher. – Source

15. The “Good Friday Fallacy” is the demonstrably incorrect belief that the pivotal Virginia Indian Uprising of 1622 began on “Good Friday.” – Source