Here is part 2 of 32 people who died under unusual circumstances. For part 1, click here.

1-5 People who Died Under Unusual Circumstances 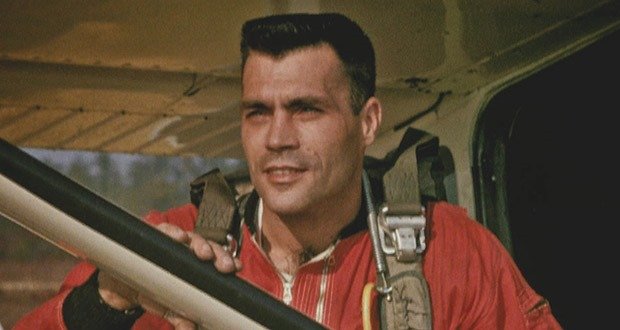 1. 1966: Skydiver Nick Piantanida died from the effects of uncontrolled decompression four months after an attempt to break the world record for the highest parachute jump. During his third attempt, his face mask came loose (or he possibly opened it by mistake), causing loss of air pressure and irreversible brain damage. – Source

2. 1958: Gareth Jones, actor, collapsed and died between scenes of a live television play, Underground, at the studios of Associated British Corporation in Manchester, England. Director Ted Kotcheff continued the play to its conclusion, improvising around Jones’s absence. Jones’s character was to have a heart attack, which is what Jones suffered during the performance. – Source

3. 1971: Georgy Dobrovolsky, Vladislav Volkov and Viktor Patsayev, Soviet cosmonauts, died when their Soyuz-11 spacecraft depressurized during preparations for re-entry. These are the only known human deaths outside the Earth’s atmosphere. – Source

4. 1974: Basil Brown, a 48-year-old health food advocate from Croydon, England, drank himself to death by consuming 10 gallons (37.85 litres) of carrot juice in ten days, causing him to overdose on vitamin A and suffer severe liver damage. – Source

5. 1977: Tina Christopherson, a woman reportedly having the IQ of 189, died when she fanatically drank 4 gallons of water a day to combat stomach cancer. – Source

6-10 People who Died Under Unusual Circumstances 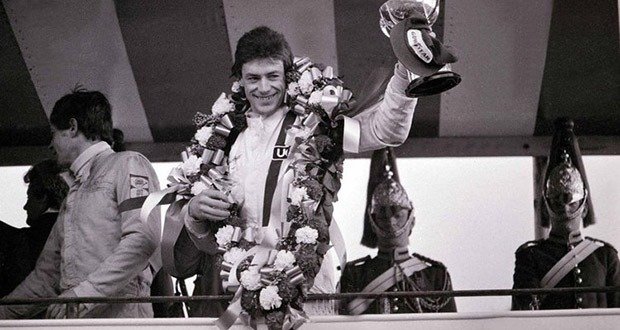 6. 1977: Tom Pryce, a driver in the 1977 South African Grand Prix, was killed when struck on the head by a fire extinguisher when his car, travelling at 170 mph (270 km/h) hit and killed 18 year old Frederick Jansen Van Vuuren, a marshal who was running across the Kyalami race track to extinguish a burning car. – Source

7. 1978: Kurt Gödel, the Austrian/American logician and mathematician, died of starvation when his wife was hospitalized. Gödel suffered from extreme paranoia and refused to eat food prepared by anyone else. – Source

8. 1979: Robert Williams, a worker at a Ford Motor Co. plant, was the first known human to be killed by a robot, after the arm of a one-ton factory robot hit him in the head. – Source

10. 1981: Boris Sagal, a Ukrainian-American film director, died while shooting the TV miniseries World War III in Portland, Oregon, when he walked into the tail rotor blade of a helicopter and was partially decapitated. – Source

11-15 People who Died Under Unusual Circumstances 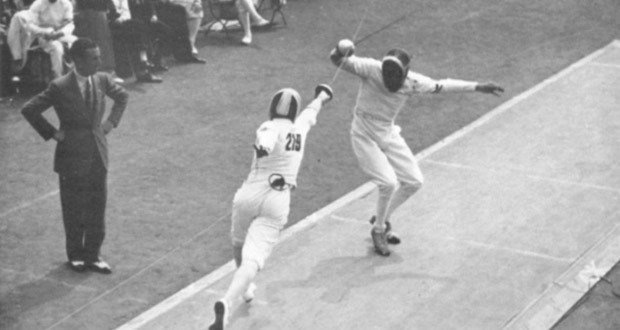 11. 1982: Vladimir Smirnov suffered fatal injuries during the World Fencing Championships, when his opponent’s blade broke during a match. The broken blade went through the mesh of Smirnov’s mask, through his eye orbit, and into his brain. Smirnov died nine days later. – Source

12. 1982: David Grundman was killed near Lake Pleasant, Arizona, U.S., while shooting at cacti with his shotgun. After he fired several shots at a 26 ft (8 m) tall Saguaro Cactus from extremely close range, a 4 ft (1.2 m) limb of the cactus detached and fell on him, crushing him. – Source

13. 1983: Truls Hellevik, a diver undergoing decompression aboard the oil rig Byford Dolphin was accidentally exposed to an eight-atmosphere change in air pressure, leading to instantaneous massive expansion of his internal bodily gasses, causing his body to explode into many small parts which rained down upon the rig; official investigation of the incident led to changes in some diving-bell resurfacing procedures. – Source

14. 1993: Garry Hoy, a 38-year-old lawyer in Toronto, Canada, fell to his death on 9 July 1993 after he threw himself against a window on the 24th floor of the Toronto-Dominion Centre in an attempt to prove to a group of visitors that the glass was “unbreakable”, a demonstration he had done many times before. The glass did not break, but popped out of the window frame, and Hoy fell to his death. – Source

15. 1997: Karen Wetterhahn, a professor of chemistry at Dartmouth College, died of dimethylmercury poisoning ten months after a few drops of the substance landed on her protective gloves. Although Wetterhahn had been following the required procedures for handling the chemical, it still permeated her gloves and skin within seconds. As a result of her death, regulations were altered. – Source

16-20 People who Died Under Unusual Circumstances 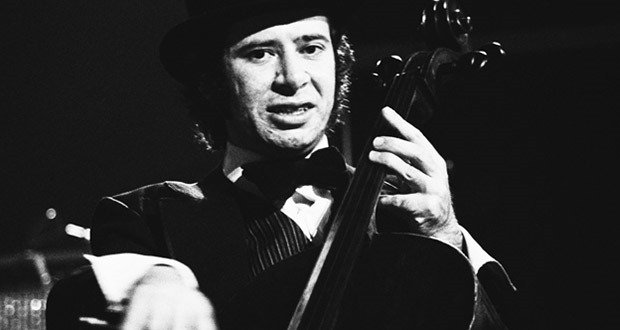 16. 2010: Mike Edwards, 62, a founding member and cellist for the band Electric Light Orchestra, died when a large round bale of hay rolled down a hill and collided with the van he was driving. – Source

17. 1999: Jon Desborough, a physical education teacher at Liverpool College, died when he slipped and fell onto the blunt end of a javelin he was retrieving. The javelin passed through his eye socket and into his brain, causing severe brain damage and putting him into a coma. He died a month later. – Source

18. 2007: Humberto Hernandez, a 24-year-old Oakland, California, U.S., resident, was killed after being struck in the face by an airborne fire hydrant while walking. A passing car had struck the fire hydrant and the water pressure shot the hydrant at Hernandez with enough force to kill him. – Source

19. 2008: Judy Kay Zagorski, a 57-year-old Pigeon, Michigan, U.S., woman boating off the Florida Keys, was involved in what was described as a freakish accident when a 75lb spotted eagle ray leapt out of the water and struck her in the face. The collision knocked Zagorski over, causing her to strike her head on the deck, where she died of blunt force craniocerebral trauma. The ray also died. – Source

20. 2008: David Phyall, 50, the last resident in a block of flats due to be demolished in Bishopstoke, near Southampton, Hampshire, England, decapitated himself with a chainsaw to highlight the injustice of being forced to move out. – Source

21-25 People who Died Under Unusual Circumstances 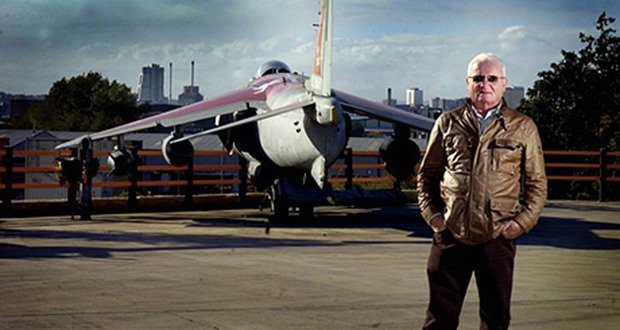 21. 2010: Jimi Heselden was a British entrepreneur, who in 2010 bought Segway Inc., maker of the Segway personal transport system. Heselden died in 2010 from injuries apparently sustained falling from a cliff while riding his own product. – Source

22. 2011: Jose Luis Ochoa, 35, died after being stabbed in the leg at an illegal cockfight in Tulare County, California, U.S., by one of the birds that had a knife attached to its limb. – Source

23. 2012: Edward Archbold, 32, of West Palm Beach, Florida, U.S., died after winning a cockroach-eating contest. The cause of death was determined to be accidental choking due to “arthropod body parts.” – Source

24. 2012: Geoffrey Haywood, 65, pretended to be blind for pity. One day, he fell into a ditch and died. He apparently did not see it. The coroner working on this case said it was the most extraordinary case he had seen in 30 years. – Source

25. 2013: Takuya Nagaya, 23, from Japan, started to slither on the floor and claim he had become a snake. His mother took this to mean that he had been possessed by a snake, and called for her husband, 53-year-old Katsumi Nagaya. Katsumi spent the next two days head-butting and biting his son “to drive [out] the snake that had possessed him” but instead causing his death. – Source

26-30 People who Died Under Unusual Circumstances 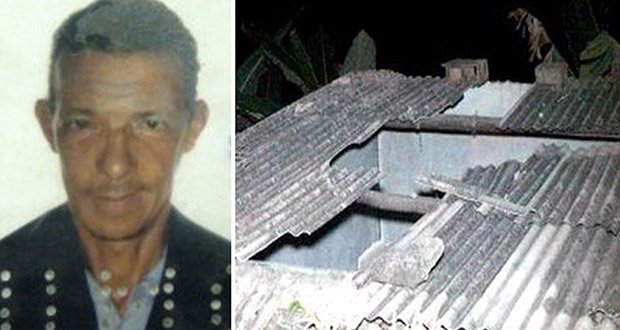 26. 2013: 45-year-old João Maria de Souza was crushed by a cow falling through the roof of his home in Caratinga, Brazil (having climbed onto the roof from an adjacent hillside). His wife (who was lying in bed next to him) and the cow were both unharmed. The death was labeled as “bizarre”. – Source

27. 2013: An unnamed Belarusian fisherman, 60, was killed by a beaver while attempting to grab the animal to have his picture taken with it. The beaver bit the man, severing a large artery in his leg. – Source

28. 2013: Kendrick Johnson, 17, American student at Lowndes High School, Georgia, was discovered trapped upside down in a rolled-up gym mat in his high school gymnasium. Police had originally ruled that the cause of Johnson’s death was accidental positional asphyxiation after he climbed in to retrieve a shoe and became trapped. The case has since been reopened and investigated as a possible homicide. – Source

29. 2013: Miguel Martinez, 14, in Lubbock, Texas, was impaled through the chest by the horn of a bull statue. He had been playing hide and seek at night in front of the National Ranching Heritage Center. – Source

30. 2014: Peng Fan, a chef in Foshan, Southern China, was bitten by a cobra’s severed head, which he had cut off 20 minutes earlier. Fan had set the head aside while using the body to prepare a soup. According to investigating police, the case was “highly unusual”. The chef might have had a severe reaction to the bite. – Source

31-32 People who Died Under Unusual Circumstances 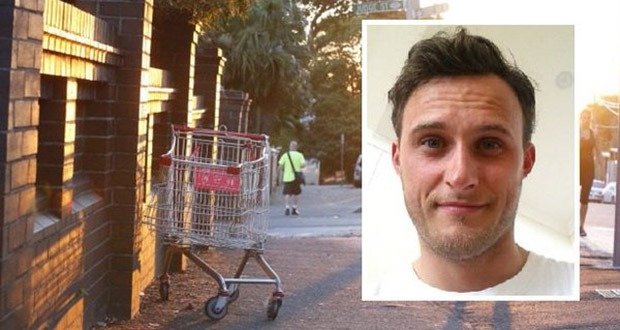 31. 2015: Robin Wahlgren, 28, a Swedish student at the University of New South Wales and his Swedish friend rode a shopping trolley down a steep road in Randwick, Sydney with a speed limit of 60 km/h, reaching speeds of up to 80 km/h before hitting an oncoming car and getting flung out of the trolley. He died at the scene while his friend was seriously injured. – Source

32. 2015: Chelsea Ake-Salvacion, 24, in Henderson, Nevada, U.S., working as a salon employee died when she used a cryotherapy machine alone without assistance. The report states that she did not have the level setting at the proper height, did not get enough oxygen, and suffocated and froze herself to death. The coroner who examined Ake-Salvacion’s body described her death as a “freak accident.” – Source