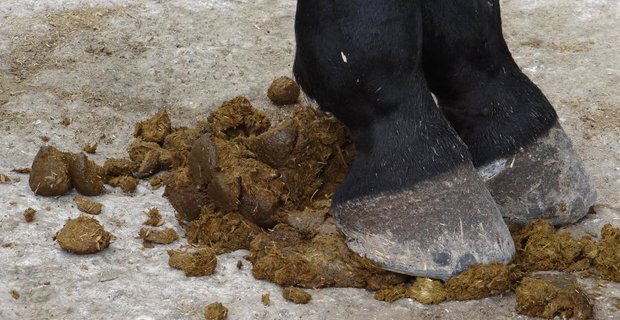 26. In the early years of the 20th century, horses were causing so much pollution with their poop that automobiles were seen as the “green” alternative. – Source

27. The Andromeda galaxy is actually 8 times larger than the moon in the night sky but is hard to make out unless there’s minimal light pollution. – Source

28. In 2009, an estimated 31,000,000 birds died from being confused by light pollution while migrating overnight. Simply turning off the lights can potentially save tens of millions of birds from colliding with glass. – Source

29. Palomar Observatory representatives have managed to persuade the city councils of San Diego and its neighboring communities to light their streets with low-pressure sodium lamps in order to reduce light pollution for their astronomers. – Source

30. It rains more on Saturdays, because of the pollution that is built up during the five weekdays. – Source

31. Due to human pollution, there are now collectively 90,000 square miles of ocean that are deemed “Dead Zones” and can’t harbor marine life. – Source

32. In 2007 São Paulo, one of the largest urban areas in the world, passed the ‘Clean City Law’ banning all kinds of outdoor advertisements, from billboards to pamphlets – the mayor said it “came from a necessity to combat pollution of water, sound, air, and the visual.” – Source

33. Cherry Springs State Park in Pennsylvania is classified as a 2 on the Bortle Dark-Sky scale. This means it has almost no light pollution and is “perhaps the last best refuge of the natural night sky” in the eastern half of the United States. – Source

34. Monsanto once tried to genetically engineer blue cotton, to produce denim without the use of dyes, reducing the pollution involved in the dyeing process. – Source

35. There is an industrial park in Denmark where companies have collaborated to use each others’ waste in an effort to reduce pollution. This is known as “industrial symbiosis” and reduces pollution while cutting costs because waste from one plant serves as raw material for another. – Source

36. The official portrait of Mao Zedong in Beijing measures 6 x 4.6 meters and it must be re-painted and re-hung yearly to this day due to the effects of weather and air pollution. The official artist has been responsible painting Mao since he was 18 in 1971. – Source

37. A two-headed neon toxic sea slug was discovered off the coast of Malaysia in the year 2015. Such an occurrence is extremely rare and thought to be the result of pollution or some kind of mutation. – Source

38. Noise pollution is deadly to whales: sonar can directly inflict fatal physical trauma and decompression sickness (akin to “the bends”). Individuals, sometimes entire pods will beach themselves to escape, whereupon they will choke to death under their own weight or drown at high tide. – Source

39. A Mongolian neo-Nazi group has rebranded itself as an environmentalist organization fighting pollution by foreign-owned mines, seeking legitimacy as it sends Swastika-wearing members to check mining permits. – Source

40. There are fish that were genetically engineered to glow. They were originally created to help fight pollution, but now can be purchased as pets. – Source