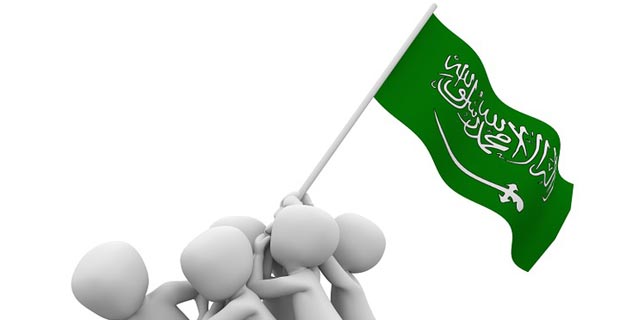 1. Saudi Arabia tore down a centuries-old Turkish fortress, at one time used to protect Mecca and the Kaaba from invaders and bandits, to build a Megahotel complex. – Source

2. The Queen of England once “terrorized” Saudi Arabia’s King by driving him around. In Saudi Arabia, women are not allowed to drive. – Source

3. In 2002, a fire at a girls’ school in Mecca, Saudi Arabia killed fifteen girls. It has been strongly suggested that their deaths occurred due to the involvement of the “religious police,” who prevented them from leaving the building because the girls were not wearing correct Islamic dress. – Source

4. Saudi Arabia is the largest country in the world without a river. – Source

6. Dust/dirt devils are called “djin” meaning “genie” or “devil” in Saudi Arabia. This is where the mythical genie came from and why genies are typically depicted without legs. – Source

8. 350 million years ago, there existed a 20-foot tall mushroom in Saudi Arabia. It was likely the largest living thing on dry land at that time. – Source

9. Venezuela has more oil reserves than Saudi Arabia but produces less than a forth of what Saudi produces per year. – Source

10. Saudi Arabia has used up all its groundwater and will need to import all its food. – Source

11. King Abdullah University of Science and Technology is the first mixed-gender university campus in Saudi Arabia. The religious police do not operate on-site, and women are allowed to mix freely with men and to drive on campus, and they are not required to wear veils. – Source

13. Saudi Arabia purchased a large chunk of land in Arizona just to grow hay and ship it back to their dairy farms. – Source

15. A man in Saudi Arabia installed a fridge on the street and stocks it with free food for the homeless people in his neighborhood. – Source

16. The Jeddah Tower is being constructed in Saudi Arabia. It will take the title of world’s tallest building from the Burj Khalifa and they were both designed by the same American architect. – Source

17. There is a square colloquially known as Chop Chop Square in Saudi Arabia. The square has built in drains for the executions they have every Friday after prayer. – Source

18. Saudi Arabia developed robotic camel jockeys because too many 4yo slave boys were dying. Child slave jockeys were outlawed in 2005. – Source

19. The founder of modern Saudi Arabia, Ibn Saud, had 45 sons, and almost 100 children total. The next king will be the first king that isn’t Ibn Saud’s direct son. – Source

20. The Pokémon Trading Card Game for the Gameboy Color is banned in Saudi Arabia because “it promotes Zionism”. – Source

May 23, 2017
Latest Posts
Subscribe to Blog via Email
Did you know?
Loading...
Facts of the Day
Registration is disabled.