1. To prove that stomach ulcers are caused by bacteria, Barry Marshall drank broth filled with infectious bacteria, got ulcers, then cured himself with antibiotics. He won a Nobel Prize in 2005. – Source

2. During American Civil War some soldier’s wounds glowed blue; soldier’s whose wounds glowed had better chance of surviving, and so the glow was called “Angel’s Glow”. Now it is known that the luminescence is due to bacteria that produce antibiotics and that live in nematodes. – Source

4. The most effective treatment for CDI (a bowel disease causing chronic diarrhea) is a fecal transplant, where poo from a healthy person is put in the infected person’s bum, thereby transplanting healthy bacteria into the digestive tract. It is 94% effective as opposed to 30% for antibiotics. – Source

5. Researchers have identified a naturally occurring bacteria in the human gut that keeps people from developing food allergies. This beneficial gut bacteria diminished with frequent antibiotic use at a young age making children more susceptible to food allergies later in life. – Source

6. Over 30% of pharmaceuticals sold in developing countries are counterfeit. Roughly 50% of malaria drugs and up to 30% of antibiotics are counterfeit, mostly originating from India. Over 700,000 people die every year from consuming counterfeit drugs. – Source

8. A consumer reports poll found that 93% of doctors are concerned about the common meat industry practice of using antibiotics on healthy animals. – Source

9. Before refrigeration, people would drop frogs in their milk to keep it fresh. Studying this has led to finding new antibiotic substances. – Source

10. Early toxicity tests of Penicillin were performed on live mice. Had the tests been run on the other animals at hand (guinea pigs), we might not be using the antibiotic today, because Penicillin is toxic to guinea pigs. – Source 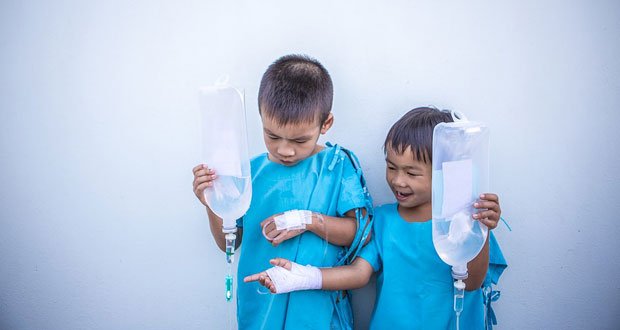 11. Giving children antibiotics increases the chances for them to develop a peanut allergy. – Source

13. The brains of cockroaches carry some serious antibiotics, strong enough to slaughter bacteria that have evolved resistance to the hospital antibiotics we humans use. – Source

14. In 2011, 80 percent of all antibiotics sold by weight in the United States were used for meat and poultry production. – Source

15. The first new antibiotic (Teixobactin) in around 30 years has been discovered. This discovery could pave the way for a new generation of antibiotics because of the way it was discovered using an electronic chip to grow the microbes from the soil and then isolating their antibiotic chemical compounds. – Source

16. In 1937, a pharmaceutical company marketed, without prior testing, an antibiotic made using a known poison as a solvent, causing the death of over 100 people and the birth of the FDA. – Source

17. Antibiotics are usually not effective for sore throats and common colds as they are caused by viruses rather than bacteria. Taking antibiotics for such illnesses is considered more harmful than beneficial. – Source

18. Ancient Nubian mummies were found to have the modern antibiotic Tetracycline in their bones. They got it from beer. – Source

19. Honey is an effective antibiotic treatment for open wounds. Due to the medicinal effects of thousands of flowers pollens and Hydrogen Peroxide, even MSRA and VRE bacteria have a hard time surviving. It is almost impossible for honey to spoil. – Source

20. The price of a decades-old generic antibiotic, doxycycline, rose from $20 a bottle to $1,849 a bottle in just six months. – Source

21. North American porcupines have antibiotics in their skin. This helps prevent infections if they injure themselves with their own quills. They are the only mammal native to North America to have this adaptation. – Source

22. Tuberculosis is beginning to spread due to spectrum antibiotics being prescribed so frequently. – Source

AskReaders: You buy a 50L backpack and you're confronted by the genie that lives inside it. He tells you he'll fill the bag with whatever item you wish and you can keep it, so long as you can carry it for one mile. What would you fill the bag with?