1. Breast Cancer Cure foundation, Susan G. Komen, has been suing other many small charities for using the word “for the cure” in their names or the color pink. – Source

2. Breast cancer research receives more funding than any other cancer, including those more deadly or widespread. – Source

3. First Lady Betty Ford was a supporter of the equal rights amendment (ERA), publicly pro-choice, and a breast cancer survivor who raised awareness about breast cancer as well as alcohol addiction as a result of her own struggle with both conditions. – Source

4. Ken Jeong would add little inside jokes into the Hangover movie to make his wife, who was battling breast cancer, laugh when she watched it. – Source

5. Using a basic food-reward system, normal household dogs were trained to detect breast cancer with 90-100% success rate when checked by biopsy-confirmation, only by smelling patients breath. This also after only a few weeks of training. – Source

6. Every 100 ml of Male Semen contains 5g of protein, 27.6mg of Calcium and 102 mg of Glucose. It also has significant health benefits for women including working as a natural antidepressant, reduction of breast cancer, etc. – Source

7. The first documented cases of cancer were found on papyrus manuscripts in Egypt dating back to 3000 BC. In these manuscripts, 8 cases of breast tumors are mentioned that were removed by cauterization with a tool called the fire drill. – Source

8. Professional hockey player Luke Piggott made a huge breakthrough in the fight against breast cancer when he discovered how to kill breast cancer stem cells. He trains every morning with his team and then heads straight to the lab to conduct his cancer research. – Source

9. In 2012, the largest breast cancer foundation in the United States, Susan G Komen, attempted to withdraw funding for Planned Parenthood for mammograms, the diagnostic and screening tool for breast cancer. – Source

10. The company that makes Atrazine, a vastly used herbicide that has been linked to breast cancer; also manufacturers the drug that is a treatment for breast cancer. – Source

11. Dr. Jerri Nielsen was a doctor stationed at the South Pole who diagnosed, biopsied and treated her own breast cancer during the overwinter period when the crew is normally isolated from the outside world. In complete darkness, medical equipment had to be airdropped from military aircraft. – Source

13. The NFL gives only about 5% of proceeds from its Breast Cancer Awareness month to charity. – Source

14. Breast cancer is one of the most survivable cancers over a five year period. – Source

15. There is a $1000 sports bra which uses heat sensors to detect signs of breast cancer up to 6 years earlier than a mammogram can. – Source 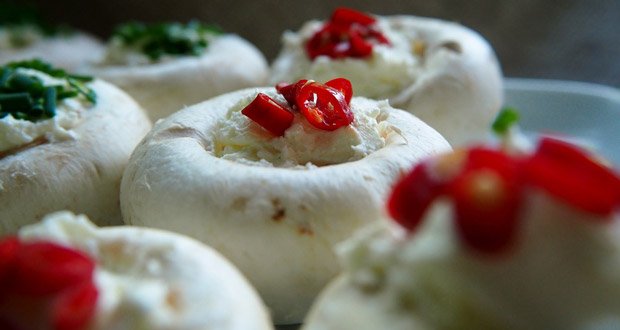 16. In a 2004 study, Chinese women who ate mushrooms and drank green tea reduced their risk of breast cancer by nearly 90%. – Source

17. Pigeons can be trained to differentiate between benign and malignant breast cancers almost as well as the most practiced human consultants. – Source

18. The original breast cancer ribbon was peach, created by Charlotte Haley. The self-magazine wanted Hayley’s ribbon for an awareness campaign. She said, “No, you’re going to commercialize it. That’s making money off of somebody else’s pain and suffering.” They changed the color to pink instead. – Source

19. Breast cancer is more common in the left breast than the right- Source

20. An analysis at the University of Munich showed that 79.7% of all breast cancer patients had regular contact with dogs. Only 4.4% of the patients did not have pets at any time, compared to 57.3% of a healthy control group. According to researchers, that’s a 29-fold increased risk for pet owners. – Source

21. Scientists were able to isolate a specific mutation of the breast cancer gene BRCA2 after mapping the genome of the entire population of Iceland, just under 335,000 citizens. – Source

23. A vaccine for breast cancer was developed in 2010 but has had trouble finding funding for its research. – Source

24. After her cousin was diagnosed with breast cancer, a high school student coded a self-teaching AI using neural networks that can diagnose breast cancer with greater than 97% accuracy. – Source

25. A chemical engineer created an “artificial nose” that can ‘smell’ and differentiate cancer between the four most common forms – lung, bowel, breast and prostate cancers. – Source