26. Leper Windows were small openings in churches external walls that allowed non-desirables to listen to the service without coming into contact with the rest of the congregation. – Source

27. There are 8 churches on Antarctica, the southernmost of which is the Chapel of Our Lady of the Snows, a Catholic chapel carved out of ice. – Source

28. Carvings of naked women with stretched out vaginas were being commonly placed on churches in Ireland and Britain during the Middle Ages. – Source

29. When Portuguese explorer Vasco da Gama first arrived in India, he thought that the Hindu temples were exotic Christian churches and referred to the image of local deities as “outlandish Christian saints”. – Source

30. During the French Revolution, leaders tried to replace Christianity with the “Cult of Reason”. Notre Dame Cathedral and other churches became “Temples of Reason”, but many reports of “lurid” “depravities” occurring at them increased opposition to the revolution. Napoleon banned the cult. – Source

31. La Sagrada Familia, one of the most famous churches in the world, isn’t even finished being built yet. – Source

32. There are churches decorated with human remains. – Source

33. There are ancient “doodles” in Medieval Churches. – Source

34. In addition to the Roman Catholic Church, the Pope is also the head of 23 other autonomous churches around the world. – Source 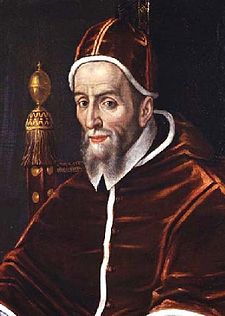 36. The first public smoking ban was issued by Pope Urban VII in 1590, banning the use of tobacco products inside churches. His reign lasted 13 days, which makes it the shortest papal reign in history. – Source

37. The World Council of Churches was infiltrated by the KGB during the Cold War. – Source

38. The Roman soldier who shoved a spear into Jesus’ side is considered a saint by most churches. – Source

39. Unlike the other major churches of Rome, the Basilica of St. Paul Outside the Walls remained relatively unchanged from its founding in the 4th century until it was destroyed by a fire accidentally started by a workman in 1823. – Source

40. A Romanian photographer was interrogated 30 times for trying to take pictures of churches being demolished during the communist regime in Romania. – Source