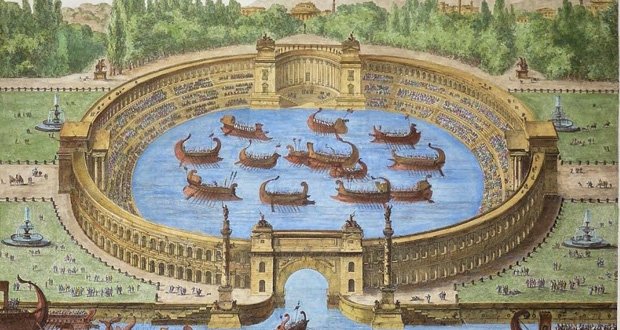 1. In 86 AD, the Colosseum was filled with water to stage a full naval battle. – Source

2. Over 684 species of plants have been identified at the Colosseum. Many of the seeds were planted through fecal matter of the many exotic animals brought from the far reaches of the Roman Empire. – Source

3. The Latin word “arena” means “sand” and we get it’s modern definition because Romans covered the colosseum floor with sand to absorb blood. – Source

4. The Colosseum had 28 lifts which hoisted animals 24 ft up, then cage lids and trap doors in the arena floor opened simultaneously, unleashing beasts to fight each other or men. A lift was remade in June 2015, ridden by a wolf who received a biscuit when released into the Colosseum. – Source

5. The Colosseum’s night time lights are turned golden whenever a death penalty has been reduced or eliminated anywhere in the world. – Source 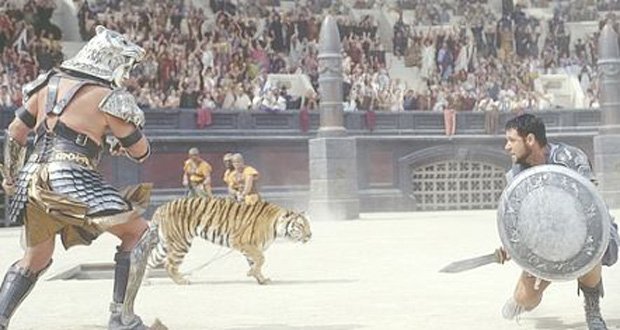 6. The Roman Imperial army created specialized fighting units to capture dangerous wild animals to fight in the colosseum. They were forbidden from harming the animals and were considered to have one of the most dangerous jobs in the empire. – Source

7. Rome celebrated a victory by releasing 1000 ostriches, 1000 boars, and 1000 deer into the Colosseum before the people were admitted to take whatever they could kill. – Source

8. Ancient Romans had to get tickets to go to the colosseum. The tickets had the section, row, and seat number written on it for assigned seating, just like stadiums do today. – Source


9. Ancient Roman concrete is 10 times weaker than modern concrete. The reason structures such as the Colosseum (~70 AD) and the Pantheon (~14 AD) are still standing was the inclusion of a specific volcanic ash in the mixture. – Source

10. The Colosseum inherited the name from a nearby bronze statue almost as large as the Statue of Liberty called the Colossus of Nero. – Source 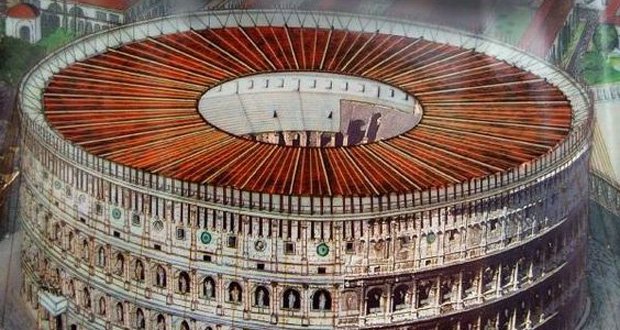 11. The Colosseum had a cloth roof that covered most of the arena and was engineered to keep sun and rain off spectators, provide a pleasant breeze for the audience, and be retractable in the case of bad weather. – Source

12. The last fight of the inaugural game of the Colosseum in AD 80 in Rome was between Verus and his longtime friend Priscus. The fight was so epic that both of them were declared victorious and they both received a victory pardon from the emperor which gave them both their freedom. – Source

13. Julius Caesar brought the first giraffe to Europe. He then had the animal killed in the Colosseum. The Romans called it a “cameleopard” because they thought that it looked like both animals. – Source

14. It’s estimated that around 500,000 people and more than a million animals were killed at the Colosseum. – Source

15. The Romans held live sex shows in the Colosseum, including a recreation of the Queen of Crete having sex with a bull. – Source