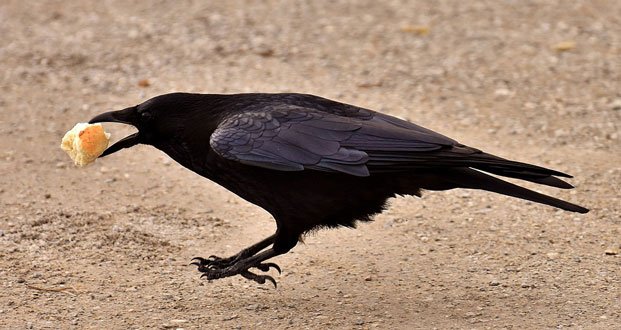 1. Eight-year-old Gabi Mann of Seattle, Washington receives gifts from crows in her garden. She feeds the crows regularly and little “treasures” are given in return including a miniature silver ball, a black button, a blue paper clip, a yellow bead, a blue Lego piece, and a pearl colored heart. – Source

2. Crows in New Caledonia were found to be bending twigs into hooks to extract food hidden in wooden logs. This confirms that wild birds can make tools. – Source

3. When a crow dies, the other crows investigate if there’s a threat where the death occurred, so they can avoid it in the future. – Source

4. Crows are monogamous and raise families together. Offspring from previous seasons even remain with the family to help rear new nestlings. – Source

5. Crows pass the “marshmallow test”: they resist the temptation to eat a food if they know a tastier treat is coming later. This test of self-control is used to assess mental development in humans. – Source

6. The New Caledonian Crow is better at toolmaking than any primate (other than humans) and invents new tools by modifying existing ones, then passing these innovations to other individuals and generations. – Source

7. Crows and owls hate each other and will instinctively attack each other on site, even when they’ve had no previous exposure. – Source

8. Crows recognize human faces and hold grudges against ones they do not like. – Source

9. Crows have different warning calls, one for cats, and one for hawks, and another for humans i.e. 250 in all. – Source

10. Crows hold funerals for fellow crows. Often neighboring crows who didn’t know the now deceased crow or even see it die will attend these funerals. – Source 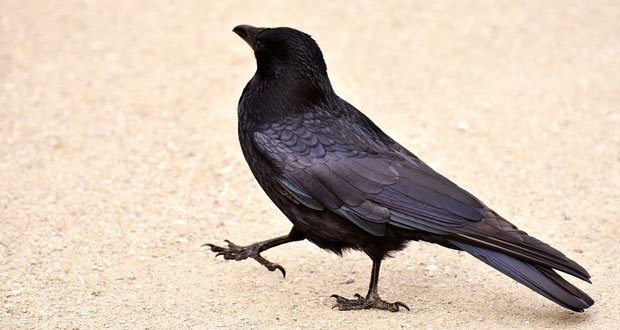 13. Canuck is the crow that attempted to steal a knife from a crime scene in Vancouver where a man had set his car on fire before charging police with a knife. – Source

14. Crows in Tokyo often steal wire coat hangers to add to their nests, which cause blackouts when built on power lines. – Source

15. Female crows will give an alarm cry, and send their mates out to confront the threat while distracted, they’ll mate with crows from a neighboring territory, then pretend to sit on the nest innocently when their mates return home. – Source 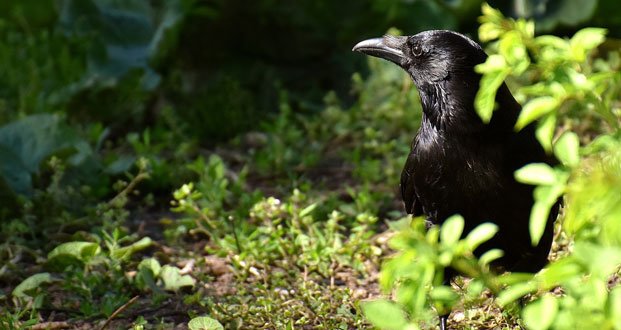 16. Crow’s lifespan varies based on where they live. – Source

17. Certain crows in Israel have learned how to fish using bread crumbs as bait. – Source

18. Certain species of crows without training can find a tool in order to find another tool which helps them find food. – Source

19. In Sweden, crows are believed to be the souls of dead people. – Source

20.The Humane Society suggests hanging a fake dead crow in effigy to get rid of crow roosts. – Source

21. Crows, through trial and error learning, are capable of inserting coins into a vending machine for food. – Source

25 Uplifting Headlines of the Week - Part 66