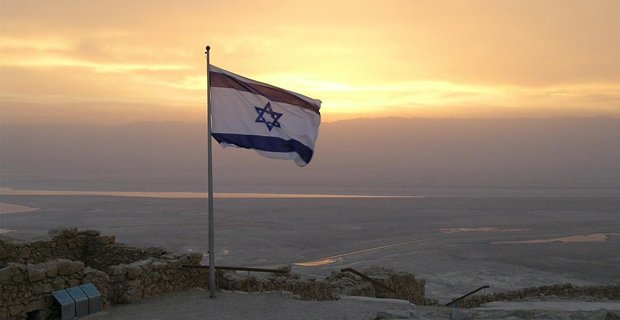 1. Every Passover, one Arab-Israeli man buys all of Israel’s grain products, or ‘chametz,’ worth over $150 million for only $4,800. Afterwards he gives it back. – Source

2. A man in Nebraska is breeding red cows and sending them to Israel in hopes of a pure red heifer being born there; such an event will allegedly prompt Jews to build a Third Temple, which fundamentalist Christians believe will usher in Jesus’ Second Coming. – Source

3. In 1969, France placed an arms embargo on Israel after the Israeli government had already paid for a delivery of warships. The French didn’t deliver on all of the ships. Israel responded by sending a team of commandos to France who managed to steal and pilot the remaining ships back to Israel. – Source

5. In 2016, two recreational divers in Israel stumbled upon a Roman shipwreck filled with bronze statues and coins featuring Constantine the Great. Estimated to be 1,600 years old, archaeologists called the discovery ‘The Biggest Find in 30 Years’. – Source

6. When it became apparent that Israel was going to win the 1978 Eurovision Song Contest, most of the Arabic countries ended their transmission of the contest. This includes Jordan, who replaced the live broadcast with a picture of daffodils and later announced that Belgium had won. – Source

7. All Pakistani passports bear the inscription “This passport is valid for all countries of the World except Israel.” – Source

8. There’s a mystery prisoner held in total seclusion in Israel, known only as Mister X. The press isn’t allowed to mention his existence. – Source

9. An Anti-Date rape straw has been invented in Israel. Designed to detect date rape drugs when placed in a beverage, and to alert the victim. – Source

10. In 1977, an Israeli cargo ship rescued 66 starving Vietnamese Men, women, and children, after their SOS signals had already been ignored by 4 other Countries. Israel then granted them all citizenship. – Source

11. The founder of Israel, David Ben-Gurion, was an atheist. – Source

12. In 1956 Israel, Britain, and France invaded Egypt to get back the Suez Canal. Despite being a military success and having minor losses, it had so much political fallout that most historians consider it the end of Britain as a superpower. – Source

13. The insecticide”BTI” was discovered when a man stumbled upon a stagnate pond in Israel where he noticed dead mosquito larvae. Scientists isolated the bacteria strain found in pond, creating the safest and most effective way of managing and killing mosquito populations throughout the world. – Source

14. Anwar Sadat of Egypt made peace with Israel in 1979, the first Arab nation to do so. For this, Sadat won the Nobel Peace prize, Egypt was suspended from the Arab League, and Sadat was assassinated. – Source

15. Albert Einstein was asked to be the president of Israel, which he declined. – Source

16. There is a 9/11 Memorial in Israel constructed of steel from the remains of the Twin Towers . – Source

17. Women were allowed to enter combat roles in the Israel. They performed at a level equal to men but the program was still abolished for two reasons: Islamist fighters refused to surrender to women, and the men in the unit would lose all combat discipline when a woman was injured. – Source

18. In 1992 an Israeli cargo plane crashed in Amsterdam killing 43 people. Israel claimed it was carrying flowers and perfume. It took 6 yrs. and a Dutch parliamentary inquiry before they admitted it was carrying DMMP, a key component for sarin nerve gas. – Source

19. Human poop and farts get their foul smell from the chemical compounds Skatole and Indole (among others). At low concentrations, these compounds smell flowery, and are used in perfumes. Israel have used Skatole in crowd control sprays—the stench does not wash off skin for 3 days. – Source

20. The Israeli postal service receives more than 1,000 letters addressed to “God” every year. Instead of disposing or archiving them, the undelivered mail department opens them, and puts them between the cracks of the Western Wall. – Source

May 4, 2017
Latest Posts
Did you know?
Loading...
Facts of the Day
Registration is disabled.