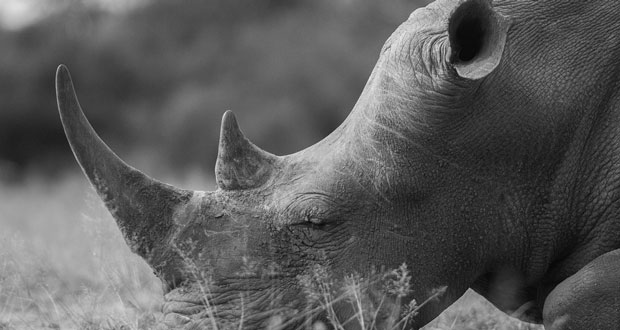 1. In 2014, Namibia raised over $350k by auctioning off the right to hunt one endangered black rhino. The rhino was past breeding age and detrimental to the rest of the herd. The money was used to protect endangered animals. – Source

2. Namibia is also the only country to include protection of the natural world in its governmental constitution. – Source

3. The Skeleton Coast of Namibia, aka “The Gates of Hell” is a place so inhospitable that when the MV Dunedin went aground in 1942, passengers were only rescued after another ship ran aground, a big aircraft was damaged on landing, was repaired and crashed again, and several army trucks were lost. – Source

4. The largest naturally occurring iron mass on the Earth’s surface was discovered in 1920 on a small farm in rural Namibia. Unusual for its size (over 60 tonnes) it was found to be extraterrestrial in origin, proving to be the largest iron meteorites to ever reach the Earth’s surface intact. – Source

5. Windhoek, Namibia has been using direct potable reuse (treated and filtered sewage becomes drinking water) for decades and is the only city in the world to do so. – Source 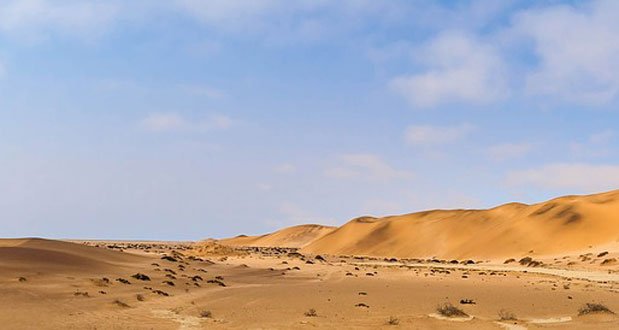 6. The Namib desert, in Namibia, may be the oldest in the world and was also the primary location for the filming of Mad Max Fury Road. – Source

7. There is a 1500 km band of land in Namibia covered in unexplained “Fairy Circles” that appear to grow and also die. Scientists have studied the area for over 30 years and still do not know their cause. – Source

8. After the Herero people of Namibia tried to resist German rule in 1904 the Germans committed a genocide, killing 80% of the ethnicity’s population. – Source

9. There is a group of languages called Khoisan that are know for there clicking sound for consonants, the largest of which called Khoe has over 250,000 speakers in Namibia. – Source

10. Although arable land accounts for only 1% of Namibia, nearly half of the population is employed in agriculture. – Source

11. Himba people of Namibia cover themselves with otijze paste (a mixture made of butterfat and ochre pigment) to cleanse the skin over long periods due to water scarcity, and to protect themselves from the hot and dry climate and against mosquito bites. – Source

13. Namibia is the only country in Africa where German has an official status. – Source

14. An enclave was maintained in Namibia by South Africa till 1994. – Source

15. The first x-ray device of the southern hemisphere was set up in Kolmanskop, Namibia, a former diamond mining city which is now abandoned. – Source

16. There is a plant endemic to Namibia region that has only two permanent leaves that grow continuously throughout its life. – Source

17. Namibia doesn’t border Zimbabwe, however, it is separated by a small bulge from Botswana and less than 200 meters away. – Source

18. Namibia’s name is derived from Namib, which means “area where there is nothing” in the Nama language. – Source

19. There is a fish that can only be found in a cave underneath a desert in Namibia. The fish is called “The Golden Catfish”. – Source

21. The Bushmen tribes in Namibia, actually use and incorporate clicks and pops into their language. – Source

22. There are 3 Chinese restaurants in Windhoek, Namibia. – Source