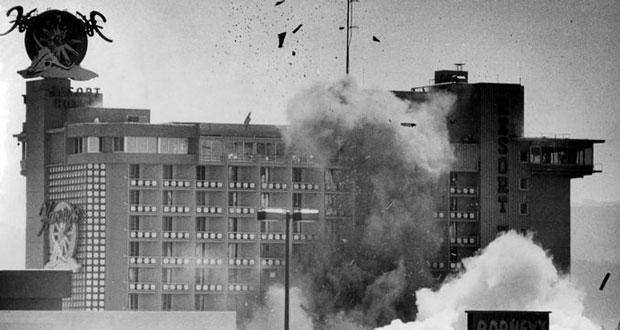 1. A man built and planted an extremely complex bomb in a Nevada Casino, the FBI could not disarm it, and the controlled detonation blew up most of the Casino. – Source

2. A group of guys made a scale model of the solar system in Black Rock Desert, Nevada. They felt that pictures online couldn’t capture the size of our solar system and they wanted to give an accurate example. – Source

3. In most legal Nevada brothels, if the customer arrives by cab, the house gets 50%, the cab driver gets 30%, and the prostitute gets 20% of the revenue. – Source

4. The “Sisyphus Train” is a project currently underway in Nevada meant to recover surplus grid power that can’t be stored very easily. During the day, the excess power is used to drive the train up a hill. At night, the train rolls back down, generating it all back again. – Source

5. There’s a geyser in Nevada that’s been spewing water continuously since someone drilled a well around 50 years ago. – Source

6. The United States had plans to store all of their nuclear waste inside Yucca Mountain, located in Nevada. The plan was shelved in 2011 and there is no current long-term plan in place. – Source

7. You cannot be arrested for public intoxication in Las Vegas, Nevada. Nevada state law expressly prohibits any county, city, or town from making public drunkenness an offense or crime. – Source

9. In the State of Nevada, it is illegal to willingly collect and harvest Rainwater. – Source

10. Nevada’s minimum sentence for lewdness with a minor under 14 is life in prison w/ opportunity for parole. A woman in 2009 put a boy’s hand on her clothed chest and was sentenced to life in prison. – Source

11. There is a water-filled cave in Nevada that experiences “miniature tsunamis” in response to earthquakes as distant as Japan. – Source

12. A self-driving truck by Daimler has been approved to drive on Nevada’s highways. A camera can see 100 meters of markings on the road ahead, radar monitors the road up to 250 meters ahead to spot other vehicles. – Source

13. In 2013, the state of Nevada was sued for engaging in “Greyhound Therapy,” a practice where troublesome mental patients are given one-way tickets to out-of-state destinations in order to free up bed space. – Source

14. In 1961, at Jackass Flats, Nevada, the United States successfully tested a nuclear aircraft engine that would hug the terrain at Mach 3. During its flight to the target, the proposed unmanned bomber would have deafened, flattened, and irradiated our allies. The project was canceled in 1964. – Source 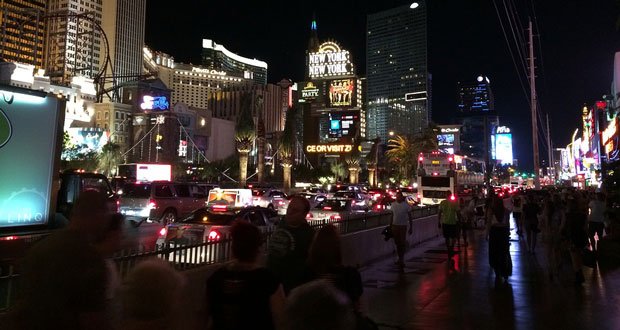 16. The Strip, the thing Las Vegas is most famous for, is not actually located within the city of Las Vegas. It is in an adjacent unincorporated area of Clark County known as Paradise, Nevada. – Source

17. There is an entire city in Nevada into which the general public isn’t allowed to go. – Source

19. There is a board game buried in the Nevada desert that will take over 2000 years to complete. – Source

20. It’s perfectly legal to have sex with an animal in Nevada. There are no federal bestiality laws nor have bestiality state laws. – Source

21. “Life” magazine in 1986 described U.S. Route 50 in Nevada as “The Loneliest Road in America”, for only having three small towns in 400 miles of empty desert. The U.S. state adopted the insult as a marketing slogan for the highway, and traffic and tourism have greatly increased. – Source

23. Due to the lax laws that pertained to divorce in Reno, Nevada in the early 1900’s, “divorce ranches” were created where women, who were denied divorces in their own home states, could stay at, establish residency, and gain a divorce in Reno within the span of six weeks. – Source

24. Rachel, Nevada, is located on the Extraterrestrial Highway, and the closest you can get to Area 51. Rachel has been dubbed the “UFO Capital of the World”, and people from all around the world come to visit Rachel and the Little A’Le’Inn. – Source