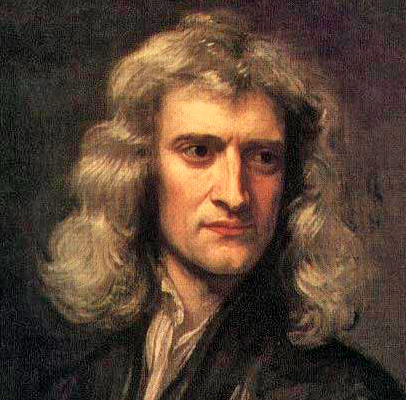 1. Sir Isaac Newton was a member of parliament in the UK, but his only contribution to the debates was to request the window to be closed because of a cold draught. – Source

4. The only reason Indigo exists on the ROY G BIV spectrum is that Isaac Newton wanted 7 colors to correspond to the notes on a major scale. – Source

5. Isaac Newton prowled the bars and taverns in seedy parts of London in disguise to gather evidence of counterfeiting. His work led to 28 convictions, one being hanged for high treason. – Source

6. The tree where Isaac Newton discovered gravity is still alive and well, outside of his childhood home. – Source

7. In 1720, stock speculation caused the value of shares for the South Sea Company to jump from £128 in January to £1000 in August. When the bubble burst, it financially ruined their investors. One investor, Sir Isaac Newton lost £20,000, equivalent to about £268 million in present day value. – Source

8. The Sir Isaac Newton quote “If I have seen further than others, it is only because I was standing on the shoulders of giants,” in its original context, was an insult to Robert Hooke, a short and mildly hunchbacked scientist who claimed Newton stole his work from. – Source

9. Isaac Newton once tried looking at the sun in a mirror, essentially blinding himself for 3 days and experiencing afterimages for months. – Source

10. Isaac Newton stuck a needle in his eye, placing pressure on the eyeball, to study the human eye as a lens and how it perceives color. – Source

11. Sir Isaac Newton tried to secretly create The Philosopher’s Stone. One of the apparent, main ingredients was mercury. When his corpse was discovered, it was saturated with mercury. This deadly experiment may have been the result of his death. – Source

12. Isaac Newton was like Dirty Harry in 17th century London – chasing counterfeiters of the Royal Mint, bribing crooks for the info, threatening criminals and their families, eventually focusing on his nemesis. And then he burned all his notes to cover his dirty ways of catching crooks. – Source

13. Coins have milled edges thanks to a suggestion by Sir Isaac Newton as a way to defeat “clipping,” or shaving the edges of authentic coins to extract metal which could be made into counterfeit currency. – Source

14. Sir Isaac Newton wrote more on religion than he did on natural science. – Source