1. Hungary had a public online vote in 2006 to name a new bridge. Stephen Colbert mobilized his viewers and got 17 million votes to name the bridge “Stephen Colbert Bridge”. Hungary has a population of 10 million. – Source

2. Holocaust denial is illegal in 16 countries. In particular, Hungary, where it is punishable by up to 3 years imprisonment. – Source

3. In Hungary, you’re legally allowed to name your child from a pre-approved list of names. If you want to name them something else you need to submit an application. – Source

4. Before Austria-Hungary divided and separated, their motto was “Indivisible and Inseparable”. – Source

5. A revolt leader in Hungary was condemned to sit on a red-hot iron throne with a red-hot iron crown on his head and a red-hot scepter in his hand, his partially roasted body was then force-fed to six of his fellow rebels, who had been starved for a week beforehand. – Source 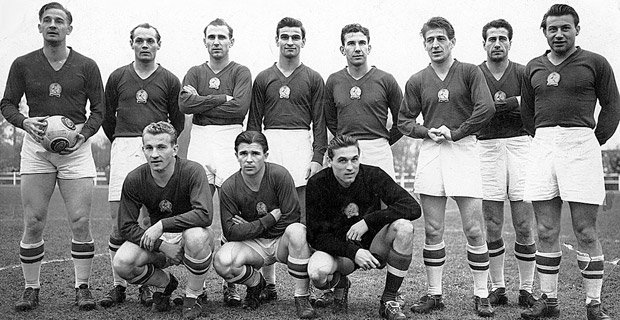 6. The Hungary national football team only had one defeat between 1950 and 1956, and that was the World Cup final. – Source

7. The Queen Consort of Hungary in the 1400s, Elizabeth of Luxembourg, after being widowed, asked her chambermaid to steal the physical crown of Hungary, and the chambermaid wrote a book about the successful heist. – Source

8. Sometimes in Hungary, the phrase “The devil is beating his wife” can be used to mean the sun is shining while it is raining out. – Source

9. In the 70s, Hungary was so popular for cassette data storage that some radio stations would broadcast computer programs that listeners could record onto cassette and then load into their computer. – Source

11. In 1945 The Holy Crown of Hungary was recovered in Austria and sent to Fort Knox in the United States for safe keeping from the Russian Army. It was later returned by the President Jimmy Carter in 1978. Kings have been crowned with it since the twelfth century. – Source

12. Hungary and the Soviet Union (engaged in an armed conflict at the time) were both present at the 1956 Olympic Games in Melbourne, which led to a hotly contested and violent water polo encounter between the nations, referred to as the; “Blood in the water” match. – Source

13. A sheep-pig exists known as the Mangalitsa, this animal was first bred in Hungary during the nineteenth century to produce more lard-laced meat. Resulting in a pig with the body of a porker and the curly-haired coat of a sheep. Often considered a delicacy by chefs who prefer higher fat content. – Source

14. Poles and Hungarians consider themselves brothers and have aided each other in wars throughout history despite their different ethnic backgrounds. – Source

15. A Plane tree from Eger, Hungary was awarded European Tree of the Year as the most lovable tree of Europe in 2013. – Source

16. King Bela I of Hungary died as a result of serious injuries which he sustained when his throne broke beneath him. – Source

17. Carpatho-Ukraine was a state which was only independent for 24 hours. Its independence was declared on March 15, 1939, but it was invaded by Hungary the next day. – Source

18. There is a song from Hungary, with versions by Billie Holiday and numerous other authors, that is associated with 20 suicides including its composer, Rezső Seress. – Source

19. The current generation of adults in Hungary is referred to as the “DuckTales” generation; because the death of the first democratically-elected Prime Minister of Hungary was announced during a DuckTales episode. – Source

20. After the failed Hungarian Revolution of 1848, the Generals of the Austrian Empire made toasts by clinking their beer glasses together as they executed the 13 Generals of the Hungarian resistance. As such, it is still considered a taboo to make a toast in Hungary to this day. – Source

25 Psychological Hacks Recommended by Our Readers