21. After the fall of Singapore in WWII, the Japanese executed men with tattoos, on the basis that they were probably criminals.- Source

22. Influential sci-fi writer William Gibson once wrote a 4500-word article on Singapore titled ‘Disneyland with the Death Penalty’ for Wired. The magazine was banned in the city-state after the issue’s release. – Source

24. Special training is given to prison officers administering corporal punishment in Singapore and Malaysia, to teach them how to swing the 1.09-metre cane at a minimum speed of 160kph and produce a force upon impact of at least 90kg. – Source

25. The town of Singapore, Michigan, was eroded into ruins and covered in sand after the area was deforested for lumber to rebuild Chicago following the great fire of 1871. – Source

26. Every Singaporean-registered vehicle leaving Singapore must have at least a three-quarter-full gas tank to discourage Singaporeans from going over to Malaysia simply to buy cheaper gas. – Source

27. Chewing gum is banned in Singapore unless it is prescribed by a doctor. – Source

28. Zoolander was banned in Malaysia and Singapore because it contained a plot to assassinate the Malaysia’s prime minister. – Source

29. In Singapore, if their parent earns less than $2,500 a month, they can apply to be eligible for Financial Assistance, which waives off their tuition fees, textbooks and gives them $120 in transport credit. – Source

30. During the 1960s the UK air force and navy argued over whether to build a new aircraft carrier. Many ex-Royal Navy veterans believe that the RAF cheated to win the debate, by moving Australia 400 miles on a map to show that land-based aircraft could reach Singapore. – Source

31. Vaginoplasty – the process of making an artificial vagina – was invented by the second President of Singapore, Benjamin Sheares. – Source

32. Everyone 21 and up in Singapore is automatically made an organ donor under HOTA, provided you aren’t mentally disordered. People have a chance to opt out of this, but people who haven’t opted out are given a higher priority towards organ transplants versus people who have. – Source

33. Elevators in Singapore are equipped with Urine Detection Devices, locking the elevator until the police arrive when triggered. – Source

34. In 1994, American Michael Fay was sentenced to caning in Singapore for theft and vandalism. Caning is a routine sentence in Singapore, but its unfamiliarity to Americans created a backlash. The number of strokes in Fay’s sentence was reduced from 6 to 4 after U.S. officials requested leniency. – Source

35. The lowest recorded temperature ever in Singapore was 66.9 degrees Fahrenheit. – Source 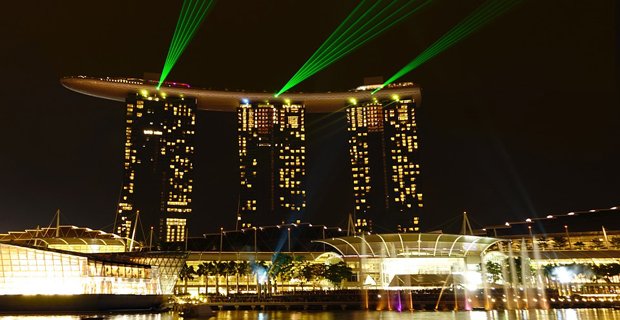 36. The Louis Vuitton Store in Singapore is a two story floating island, complete with an underwater access tunnel, bookstore and relaxation deck. – Source

37. High rise apartments are widely seen as “culturally inappropriate” and unsuitable for families with children but research into Singapore dwellings show that direct effects of apartment living on families is minimal. – Source

38. In 2013, the Air Pollution in Singapore from forest fires in Indonesia hit 401, which is deemed life-threatening to the elderly and the ill. When Singapore pressed Indonesia to take action, Indonesia accused Singapore of acting like a child. – Source

39. In 1967 in Singapore hundreds of men rushed to the hospital fearing their penises were disappearing and they would die. There was nothing wrong with them. – Source

40. A study by the National University of Singapore showed that Chinese dark soy sauce contains 10 times the antioxidants of red wine, and can help prevent cardiovascular diseases. – Source

41. In 1984 someone in Singapore was murdered, chopped up, cooked in curry and rice, packed in plastic bags and thrown into roadside rubbish bins. – Source