1. The first Chinese-American US Marine Corps officer, Kurt Lee, confused the opposing Chinese troops by yelling out orders in Mandarin Chinese during the battle Inchon in the Korean War. – Source

2. Korean War soldier Eduardo C Gomez took out an enemy tank by crawling across an open rice field, got up on top of the tank and then opened the hatch and dropped a live grenade into the tank. – Source

3. In the Korean War, US mortar teams accidentally ordered hundreds of crates of Tootsie Rolls instead of rounds because the US military sometimes used “tootsie rolls” as code for mortar rounds. – Source

4. During the Korean War Air Force pilot James Risner successfully “pushed” his wingman’s incapacitated jet fighter into friendly territory using the nose of his own jet. A maneuver that had never been attempted in history. – Source

5. To avoid boredom while in a POW camp during the Korean War, Lt. John Thornton would ride an imaginary motorcycle around. He did this every day until the guards called him to their headquarters and took away his imaginary motorcycle stating that it was against rules and regulations. – Source 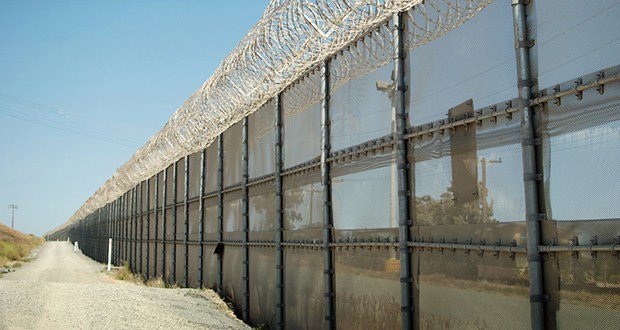 6. Al Gore’s father once proposed in Congress, “something cataclysmic” be done to end the Korean War. His suggestion involved creating a radiation belt on the 38th parallel using atomic bombs to turn the border of North and South Korea into a permanent toxic wasteland. – Source

7. North Korean exists because Taiwan exists: China was prevented by the US 7th Fleet from invading Taiwan in June 1950, so Mao Zedong announced China would enter the Korean war with the invasion force originally intended for Taiwan, and by October this force saved North Korea from imminent defeat. – Source

8. An American Soldier from the Korean War was given the Medal of Honor for killing 5 Chinese soldiers. 4 with his bare hands while giving medical aid to his comrades after being shot.- Source

9. During the Korean war, pilot James Risner chased a Russian MiG pilot back to his base in China and while flying between hangars and avoiding anti-aircraft fire, he shot it down into parked fighters. – Source

10. During the Korean War, Michael Caine served in the infantry. When he was asked about it, all he said was “he proved to himself he wasn’t a coward”. – Source

11. North Koreans never released 900 American troops who were alive at the end of the Korean War. In 1996, as many as 15 of them might have still been alive. – Source

12. A US Army pack mule that was shipped to Asia during WWII was captured by Americans six years later during the Korean War. The mule likely served in three different wars (WWII, Chinese Civil War, Korean War) and for three different armies (The US, Nat. Chinese, Communist Chinese).

13. By disobeying orders, US officer Dave Teich took 4 tanks to save 65 men from 300k Chinese troops attacking their position in the Korean War. – Source

14. President Eisenhower allowed his son to serve in the Korean War only on one condition: that he promise never be captured alive. – Source

15. After Douglas MacArthur was relieved of command in the Korean War in 1951, Emperor Hirohito visited him to offer his condolences. It was the first time a Japanese Emperor had ever visited a foreigner who was not a diplomat or royalty.- Source

16. During the Korean War, four American soldiers defected to North Korea, hoping for a better life than the one that waited for them back in the US. – Source

17. The Soviet Union could have vetoed the Korean War, but did not. Their delegates were boycotting the UN over a separate issue when the resolution was proposed. – Source

18. Until the middle of the Korean War, the P-51 Mustang WWII-era fighter was used by the USAF and even served with the Dominican Republic until 1984. – Source

19. During the Korean War, the 700-strong British Gloucestershire Regiment withstood the advance of 27,000 men of the Chinese 63rd Army. And successfully held out against them for three days. After the battle, the Chinese had suffered 11,000 casualties, with the loss of 58 British. – Source

20. Benjamin Wilson, a wounded Korean War Vet, rose from his stretcher to kill 33 Chinese in a one-man assault. After his rifle was wrestled from his hands, he proceeding to kill with his shovel. – Source

21. During his visit to the front lines of the Korean War, General Douglas MacArthur surveyed six T-34 tanks that had been knocked out by Marines, ignoring sniper fire around him, except to note that the North Korean marksmen were poorly trained. – Source

22. There was a Marine in the Korean War who earned two Purple Hearts, was listed by LIFE magazine as one of the US’ 100 all-time heroes, and she had a habit of eating her own blanket; Staff Sgt Reckless, a Mongolian chestnut mare. – Source

23. In 1952, during the Korean War, the United Nations Command air forces completely knocked out power in North Korea for two weeks by permanently destroying 90% of the thirteen hydroelectric generating facilities targeted. – Source

25. Instead of saying “The Korean War,” South Koreans typically refer to the conflict as “625,” since it commenced on June 25th. – Source

25 Uplifting Headlines of the Week - Part 15