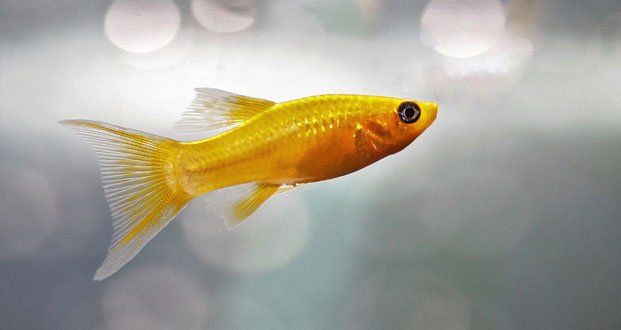 1. The world’s smallest aquarium is 30 x 24 x 14 mm and contains small baby fish that are replaced as soon as they grow. – Source

2. A shark helped another shark give birth at an Auckland, New Zealand aquarium in 2009. The first shark bit the abdomen of the second, freeing the pups inside. One aquarium staff member said, “It had to bite a certain part to let them out and do it without killing the babies or her.” – Source

3. In Japan’s Shima Marineland aquarium, a goldfish was thrown into an exhibition tank to be live-bait for a larger fish. The goldfish escaped through a tiny gap that led to a filtration tank, where it lived alone in the dark for 7 years, feeding off food scraps that made its way into the tank. – Source

4. Snooty, the world’s oldest captive manatee, has lived at the South Florida aquarium almost all his life. On his birthday, a cake of fruit and vegetables is made for him while the visitors sing him Happy Birthday. – Source

5. Dolphins can communicate with one another over a telephone, and appear to know who they are talking. In one experiment carried in an aquarium in Hawaii, the mother and her two-year-old calf in another tank, connected by a special underwater audio link, recognized each other and “talked”. – Source

6. There is an 82-foot tall aquarium that holds more than 1,500 fish and has a glass elevator that runs up and down the center of the tank. It has to be cleaned by divers, three or four times each day. The German AquaDom is the largest freestanding cylindrical aquarium in the world. – Source

7. In 1935, a shark on display in an Australian aquarium vomited up a human arm, there were no tooth marks anywhere and the limb had been cleanly removed with a blade. The investigation resulted in a man shooting himself in the head before leading police boats on an hours-long chase. – Source

8. A Queensland lungfish named Granddad has been living at the Shedd Aquarium since 1933. He is estimated to be over 100 years old. – Source

9. The Georgia Aquarium offers adult only sleepovers so you can literally sleep with the fishes. – Source

11. London Zoo had the first ever public aquarium and even coined the word. Before this an aquarium was called an underwater vivarium. – Source

12. There are no great white sharks in aquariums because no one has managed to keep one alive and well in captivity for much more than six months. The greatest success, at the Monterey Bay Aquarium, ended when the captive great white killed other sharks in the exhibit and had to be released. – Source

13. An Illinois aquarium had a fish named Bubba which became popular with cancer patients as it was the first fish to undergo chemo. – Source

14. There is an aquarium aboard the International Space Station. – Source

15. In Osaka, Japan outdated phone booths have been turned into aquariums. – Source 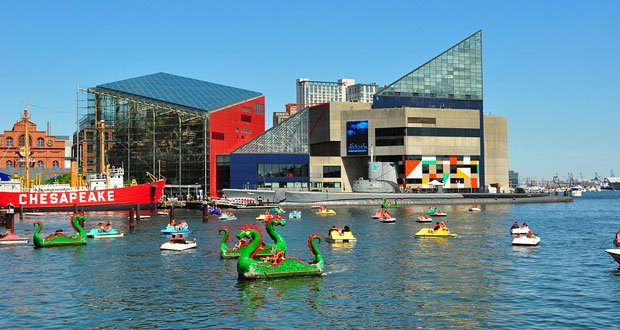 16. The National Aquarium in Baltimore has a banana plant. – Source

17. The Melbourne Aquarium houses a seven-meter-long giant squid frozen in a 3-tonne block of ice. – Source

18. 2 Rockfish at the Vancouver Aquarium were each given 1 prosthetic eye to replace the ones lost after a cataract rupture. The purpose of the fake eye was to stop them from being harassed by other fish, who viewed the empty eye socket as a sign of weakness & would attack them, tattering their fins. – Source

19. The Georgia Aquarium located in Atlanta, GA, USA tagged as World’s Largest Aquarium. The aquarium holds more than 8.5 million gallons (31,000 cubic meters) of salt and fresh water and displays up to 120,000 animals that represent over 500 species. – Source