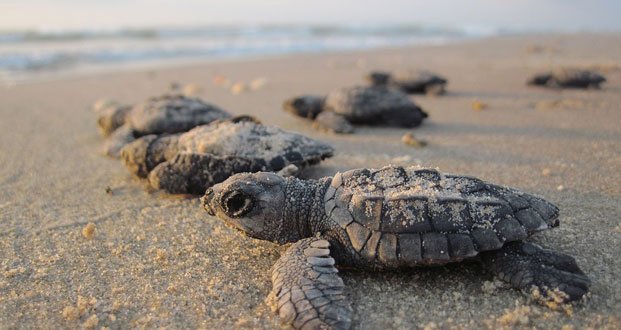 2. The fighting was so intense that 4% of the sand on Normandy beach is made up of shrapnel from D-Day that has broken down. – Source

4. In 1968, big wave surfer Eddie Aikau was selected to be the first lifeguard at Waimea beach in Oahu. Not a single person died during his time as a lifeguard and he rescued over 500 people. – Source

5. It used to be illegal for men to be shirtless on U.S. beaches as it was felt that the sight of a man’s bare chest in public was immoral, & women and children had to be protected from that sight. – Source

6. There is an uninhabited island in the Bahamas known as Pig Beach, which is populated entirely by swimming pigs. – Source

7. The filming of Leonardo DiCaprio’s “The Beach” permanently damaged the ecosystem of the island where it was filmed, prompting Thailand’s Supreme Court to get involved in the legal case against 20th Century Fox. – Source

9. The Parrotfish eats dead coral and then poops sand. This sand poop is also responsible for nearly all the white sand beaches in Hawaii. – Source

10. A beach in Russia is covered in “sea glass,” small, polished, colorful pieces of glass that formed from garbage dumped into the ocean. The beach is so beautiful, it has become a tourist destination. – Source 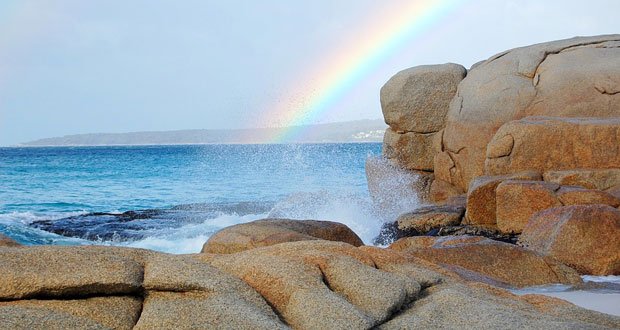 12. When standing on the beach and looking out at the horizon you are only able to see approximately 3 miles of the ocean due to the curve of the Earth. – Source

14. A shipping container filled with millions of Lego pieces fell into the sea off Cornwall in 1997. But instead of remaining at the bottom of the ocean, they are still washing up on Cornish beaches today. – Source

15. Facing rising unprovoked shark attacks, Australia is deploying shark detecting drones above its busiest beaches. Software detection rates are 90%, while human accuracy when viewing aerial images is only about 25%. – Source

17. Iron in the red sand beaches of the Galapagos islands is responsible for fertilizing the surrounding ocean and supports the entire diverse local food chain. Humans could artificially do the same with mineral iron in any ocean. – Source

18. There is a beach in the Maldives that has a glowing blue tide at night. – Source

19. As a result of military bombings by the Mexican government starting in the 1900s, a gorgeous “hidden beach” has formed in the Marieta Islands. – Source

20. One of the oldest viable submarines, used for pearl diving, has been rusting on a Caribbean island beach since 1869. – Source 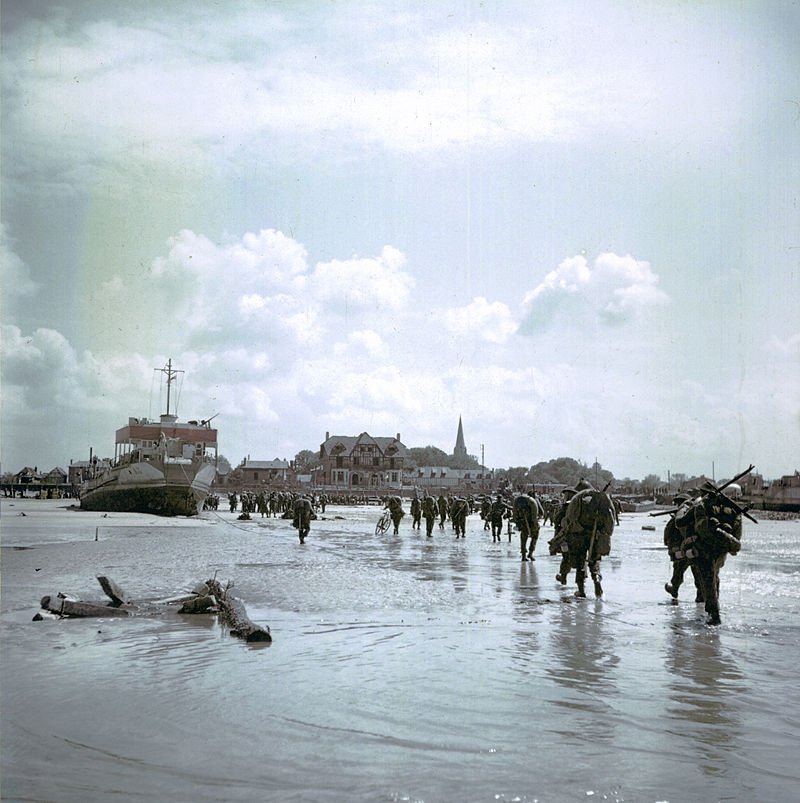 21. The code names for the beaches to be taken by UK forces on D-Day were named after types of fish: Goldfish, Swordfish, and Jellyfish abbreviated to Gold, Sword, and Jelly. Churchill “disapproved of the name Jelly for a beach on which so many men might die”, and so changed the name to Juno. – Source

22. There is a university in Canada with its own 7 km long nude beach that has become famous for alcohol, drugs, and illegal bonfires. Vendors sell homemade brownies and cops decided that the 400 stairs to walk down to the beach isn’t worth the trouble to arrest a few drug users. – Source

Roger That: The History of Walkie Talkies