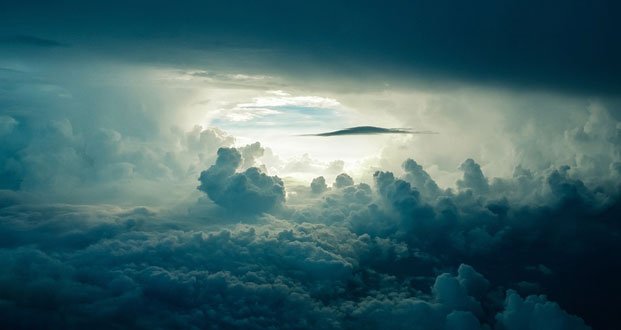 2. During the Vietnam War, the U.S. carried out Operation Popeye, a “cloud-seeding” mission to stimulate clouds in Vietnam to increase rainfall and lengthen the monsoon season. After the operation was declassified in 1974, the United Nations banned the weaponization of weather. – Source

3. 10,000 light years away from Earth, there is a huge cloud of alcohol. It is 1000 times larger than the diameter of our solar system and contains enough alcohol to fill 400 trillion trillion pints. To drink all of it, everyone on Earth would have to drink 300K pints each day for 1 billion years. – Source

4. The Boeing factory in Seattle is so massive that rain clouds began to form inside the facility until a state-of-the-art air circulation system was installed. – Source

5. There is a water vapor cloud in space which has 100 trillion times the amount of water present on Earth. – Source 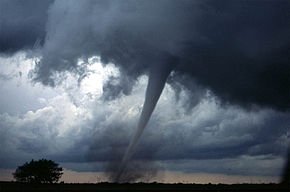 6. During the 2008 Olympics, China employed 30 airplanes, 4,000 rocket launchers, and 7,000 anti-aircraft guns to stop the rain. Shooting various chemicals into any threatening clouds to shrink raindrops before they reach the stadium. – Source

7. One proposal to get rid of Castro was to spread rumors that he was the Antichrist, then fake the second coming; a U.S. submarine would project an image of Jesus on some clouds near Havana while firing star-shells. A loudspeaker would be the voice of Jesus, urging them to renounce communism. – Source

8. Paul McCartney had jets emit dry ice to remove clouds from the sky so that he could perform “Good Day Sunshine” in sunny weather. – Source

10. Fire rainbows are a rare cloud phenomenon formed by hexagonal ice crystals in high-level cirrus clouds. The halo is so large that the arc appears parallel to the horizon. They are called fire rainbows because they appear like a flame. – Source

11. There is a type of cloud called the Mammatus cloud that was named for its resemblance of boobs. – Source

12. Planet Kepler 7b has clouds made of silica particles, so it rains molten liquid glass. – Source

13. To be “on cloud nine” originated from the 1896 International Cloud Atlas to which the tallest cloud structure, the cumulonimbus was No.9. – Source

14. When an airplane is at a precise angle between the sun and a bank of clouds, a circular rainbow known as a “Pilot’s Halo” forms around its shadow on the cloud bank. – Source

16. Those clouds that look like fish skin/scales are a pretty reliable indicator of a change in weather (often rain) in the next 6-12 hours. – Source

17. Only one person, pilot William Rankin, has survived a fall through a cumulonimbus cloud. The descent began at 47k feet after he ejected directly above the cloud formation after an engine failure, and lasted over 40 minutes due to a parachute malfunction. – Source

18. There’s a dip in the border between Kentucky and Tennessee because clouds prevented the surveyors from making astronomical readings and the area’s iron ore interfered with their compasses. – Source

25 Uplifting Headlines of the Week - Part 98