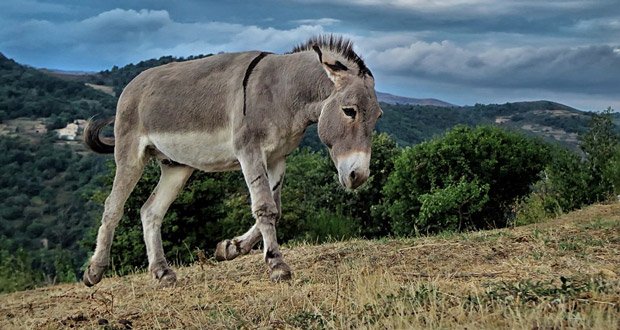 1. Donkeys can be used to guard livestock against coyotes and wolves. They instinctively attack, by biting and kicking and if they get the chance they will even kill. – Source

2. A Greek philosopher called Chrysippus died of laughter due to watching his donkey drink wine and eat figs. – Source

3. The reason that a donkey represents democrats is that Andrew Jackson’s opponents called him a jackass, so he embraced it and used the strong-willed animal on his campaign posters. – Source

4. Pinocchio actually kills the cricket, imprisons his maker for 3 years, bites off a cat’s hand, kills a snake by making it explode from laughing too hard, almost gets eaten by an ogre, and turns into a donkey. – Source

5. The earliest known depiction of Christ (1st-3rd century) is a graffitied scribble of him with a donkey’s head. – Source 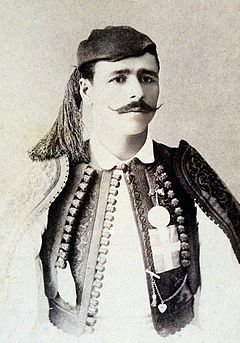 6. After winning the first marathon at the 1896 Olympics, Spyridon Louis was offered anything he wanted by the King of Greece. He asked for a donkey cart to help him with his mineral water business. – Source

7. Walmart recalled their donkey meat because it was contaminated with fox meat. – Source

8. John C Reilly quit during the filming of “Manderlay” because he protested the killing of a donkey for production. – Source

9. Mules (donkey/horse hybrids) are sterile. 2 instances of mules foaling have been confirmed by DNA testing which showed the mule passed on only her horse genes. This means she’ll foal a mule if a donkey breeds her or a horse if a stallion breeds her, and should be genetically impossible. – Source

10. There is donkey power, which is one-third of a horsepower. – Source

11. A donkey’s milk is more like human milk than the milk of any other species. – Source

12. It was cheaper to hire an Irishman than a donkey in the Pennsylvania coal mining days of the 1800s. That’s where the insult donkey to the Irish came from. – Source

13. Two zebras died of hunger in a zoo in Palestine and were replaced with donkeys painted with black and white stripes. – Source

14. A cross between a zebra and a donkey can be called a zonkey, zebronkey, zedonk, or zebadonk. – Source

15. “Pule”, the most expensive cheese in the world, is actually made from the milk of Balkan donkeys. It fetches $600 USD per pound because only 100 such donkeys exist. – Source

16. The largest donkey breed in the world is the American mammoth donkey, a breed descended from donkey’s bred by George Washington and Henry Clay. – Source

17. In some areas of Colombia, fathers force their sons to have sex with donkeys as a right of passage. It is believed the practice makes their penises bigger and prevents them from becoming homosexuals. – Source

19. In 1750, a female donkey was acquitted of charges of bestiality due to witnesses to the animal’s virtue and good behavior while her human co-accused were sentenced to death. – Source

20. A donkey named Murphy was awarded Australia Purple Cross in 1997 for animal bravery. During WWI, he with his 22 years master carried the wounded from the front and travel down the exposed rocky gullies to reach field hospitals. A statue of Murphy is also erected at the Australian War Memorial. – Source

21. There is an endangered breed of a wild donkey called the “Onager”, or the “wild Asian ass” that is famously almost impossible to tame. – Source

22. In 2011, an emergency landing was performed because the airplane hit a donkey just after getting airborne. – Source

23. Pepperoni in the Caribbeans is made from donkey and horse meat. – Source

AskReaders: What book would you recommend to someone who thinks books are boring?