Let’s talk about one of my favorite Westeros cultures, the Ironborn. WHAT IS DEAD MAY NEVER DIE!  In case you missed any of the previous seven parts, here they are. Click here for The History of Westeros, House Targaryen, House Stark, House Lannister, House Baratheon, House Martell, North of the Wall. 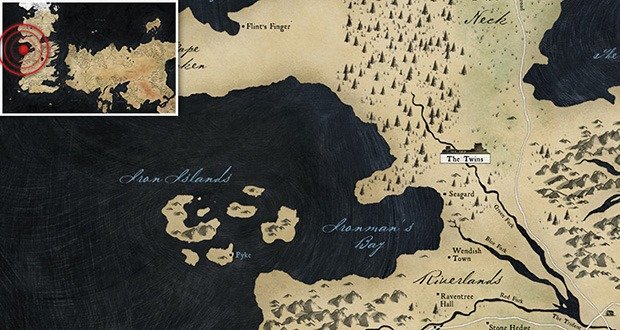 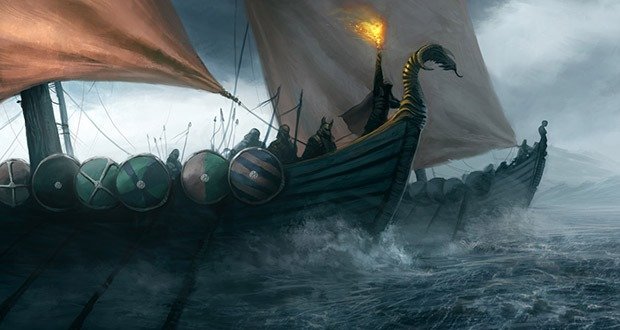 The Ironborn, also known as Ironmen or squids, are fierce men of the sea. Their naval supremacy was unmatched for thousands of years, raiding and pillaging the western and southern regions of Westeros, granting them a fearsome reputation as the “terror of the seas” even to this day. Ironborn women crew and even captain their own ships alongside the men. All Ironborn are raised with the Old Way as their values, spun from a culture based on raiding. According to the Old Way a man’s worth is judged on his skill as a raider, not on material wealth from jewels or coin. If an Ironborn wears any sort of jewel or token it is because they have “paid the iron price,” and taken it from someone they have slain in battle. Women are often kidnapped and kept for a time by Ironmen raiders before being killed, returned home, or abandoned elsewhere entirely, often freshly pregnant; these mostly-unwilling thralls are known as “salt wives.” 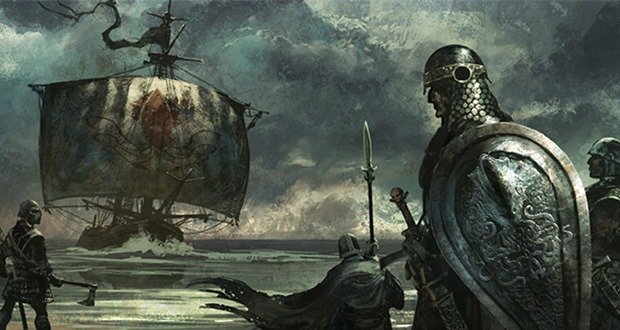 The Ironborn are an extremely skilled naval force due to their culture and history as a whole. They captain swift wooden longships that allow them to raid both the coastline and further inland via sailing up rivers and streams. Even though it has been over 300 years since the last large raiding and pillaging era of the Ironmen they are still remembered (and feared) for this prowess. Due to their beliefs regarding the holiness of drowning as a good death, their sailors tend to wear heavier armor than other cultures. At sea they will attempt to board enemy ships to slaughter the crew, while on land they strike targets fast and move on, not giving enemies a chance to rally for counter-attacks. 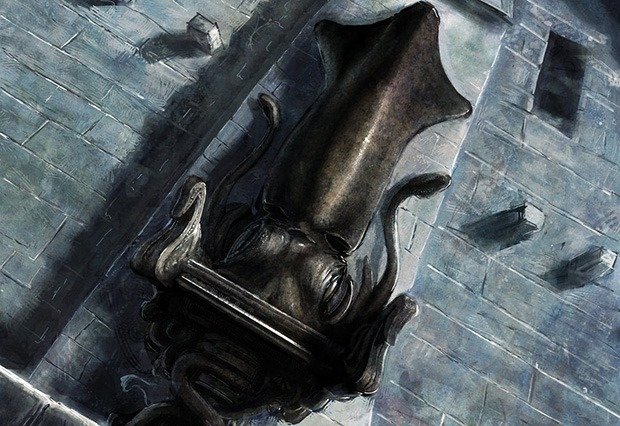 The Ironborn didn’t take up the old gods like the other First Men that settled with them, instead creating their own religion based around the Drowned God. They believe the Drowned God made them to take what they wanted by right of strength: to rape, reave and carve out kingdoms by the sword, and to make their names known in fire, blood, steel, and song. The Andals attempted to convert the people of the Iron Islands to the Seven but much like they were unsuccessful in the north, they failed here also. When an Ironman drowns it is said that the Drowned God needed a strong oarsman, and the phrase “what is dead may never die” is invoked frequently. Their people believe the drowned dead will be feasted in the Drowned God’s watery halls, his or her every want satisfied by mermaids.

One of their most important religious items is the Seastone Chair, the ancient throne of the Iron Islands. It is made of a block of oily black stone carved into the shape of a kraken. Legend says that it was found by the First Men on the shores of Old Wyk when they came to the Iron Islands. 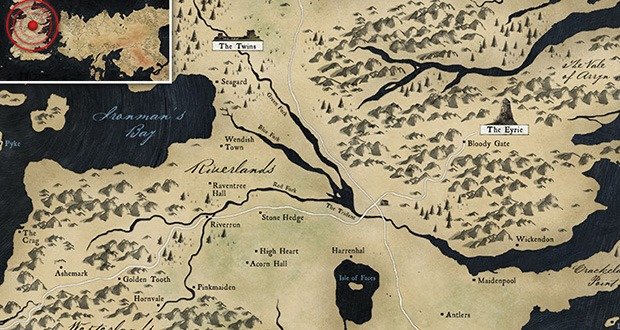 Before the Greyjoys sat in the Seastone Chair the Iron Islands were ruled by House Hoare, which came to power after the Andal Invasion. Under the rule of King Qhored Hoare the realm of the Ironborn spread to its historical peak. It is said that all of the western coast of Westeros was at some point under their control. It is likely they didn’t control every place on the west coast, but their reach did spread as far south as the Arbor. Their expansion couldn’t be held long term however, and many conquests both north and south were lost over the years. King Harwyn Hardhand brought on a new age of expansion, pushing their influence east, taking over the Riverlands from the Storm Kings who ruled from the east at Storm’s End. 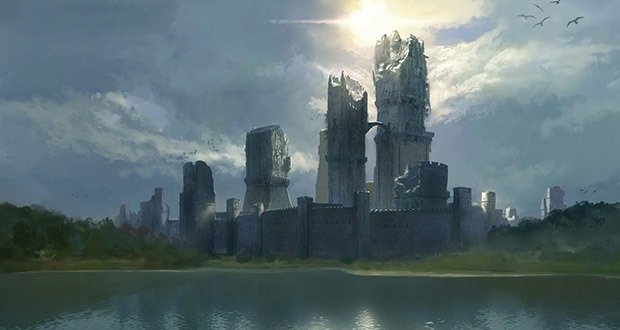 Harwyn’s grandson Harren The Black ordered the construction of Harrenhal, what was to be the greatest castle in all of the Seven Kingdoms. It was built on the shores of the Gods Eye in the Riverlands, far from any coast. Its construction lasted 40 years, finishing the very day Aegon Targaryen landed in Westeros with his sister-wives and their legendary dragons. The castle had 5 gigantic towers, and equally large and incredibly thick curtain walls to protect against any standard army assault. Its rooms were built to a large enough scale that it could more comfortably house giants than men, and the castle’s holdings of land are some of the most fertile in Westeros. Harrenhal’s stables hold at capacity a thousand horses, its godswood covers 20 full acres, and its kitchens alone are as large as Winterfell’s Great Hall. 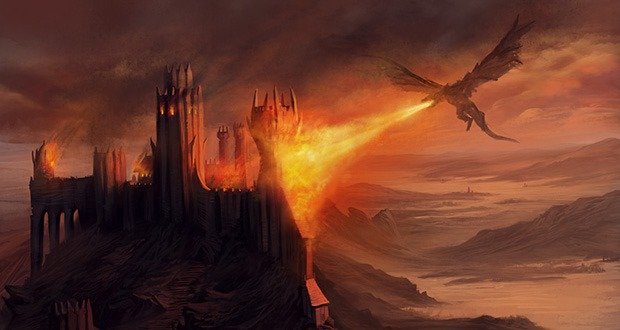 Upon completion, Harren claimed that his new fortress was impregnable, which it likely would have been were it not for Aegon’s dragons, which were not hindered by high walls or looming towers. When King Harren refused to surrender, Aegon utilized his dragon Balerion the Black Dread to penetrate the castle’s defenses. Harren and all his sons were burned alive in the Kingspyre Tower, killing off the House Hoare line save for one surviving member, Harren’s brother, but as Lord Commander of the Night’s Watch he kept his vows even as his entire house died. The rest of the Ironborn fled back to the Iron Islands with Aegon and the rest of the Riverlords at their heels. There, Aegon demanded their fealty, and the Ironborn elected Lord Vickon Greyjoy to lead them into becoming one of the seven subject kingdoms to the Iron Throne.

Chapter 3: We Do Not Sow 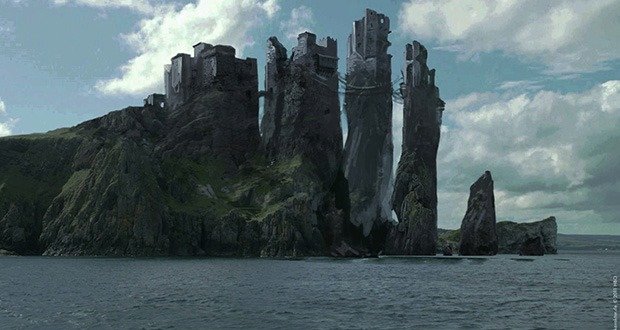 The Greyjoys are said to have descended from the Grey King, who with the help of the Drowned God slew the once-legendary sea dragon Nagga. After the War of Conquest the Greyjoys ruled from the ancient stronghold named for the island it sits upon, Pyke. Originally built on a cliff jutting out into the sea, the castle succumbed over time to erosion leaving towers standing on perilous rock stacks surrounded by water. The towers remain in use, being connected by interlacing rope bridges. The Greyjoys have kept themselves distant from the other Great Houses, rarely participating in events on the mainland. Across generations they have made several attempts at returning to their ancestral ways of raiding the mainlands, but have met with little lasting success. 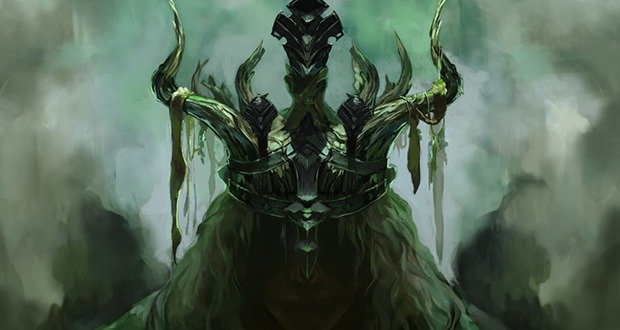 Balon Greyjoy is the current Lord presiding over the Iron Islands by the start of the series, the eldest son of Lord Quellon Greyjoy. Balon learned to sail at a very young age, by 13 proving himself an expert oarsman. At 15 he sailed with Dagmer Cleftjaw to the Stepstones on a reaving, killing his first man and taking his first salt wives. By 17 he captained his own longship and often went raiding, becoming known for his fierceness and fearlessness in battle. By the time Robert’s Rebellion got started Balon had 3 surviving brothers, Euron, Victarion, and Aeron. 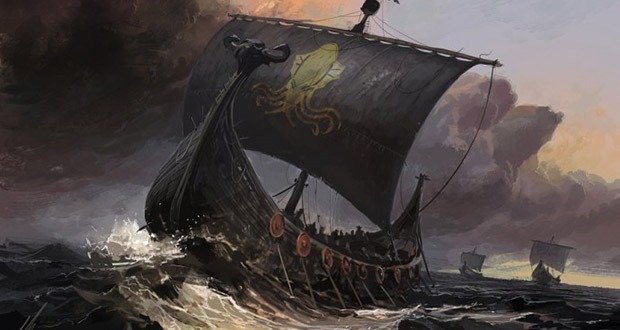 The Greyjoys remained neutral during the rebellion, and 6 years after Robert Baratheon ascended the Iron Throne Balon staged his own secession, known now as the Greyjoy Rebellion. Balon Greyjoy named himself King of the Iron Islands and had hoped to break away from the Seven Kingdoms and secure independence for them, restoring the traditions they had lost ages ago to the rise of the Targaryen Dynasty. One of Balon’s younger brothers, Victarion Greyjoy, led their naval force known as the Iron Fleet throughout the uprising and resulting war.

The Greyjoy Rebellion was eventually crushed and Balon was forced to surrender, further cementing Robert Baratheon as the new King of the Iron Throne of Westeros. Balon lost two of his three sons in the fighting when Pyke was taken by Robert’s forces; his third and youngest, Theon Greyjoy, to ensure the Greyjoys’ continued obedience was sent to Winterfell to serve as a ward for house Stark, leaving Balon with only his daughter Asha remaining out of his original four children. 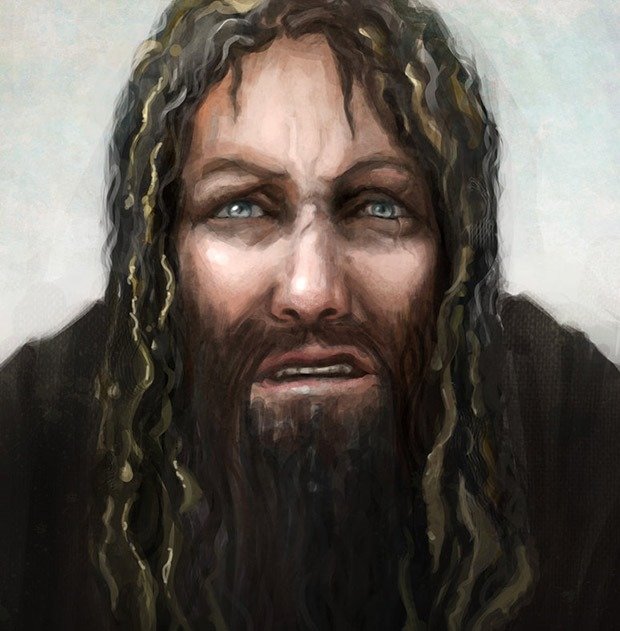 Aeron Greyjoy spent the majority of the rebellion as a hostage to the Lannisters due to his ship sinking during an attack on the Lannister fleet. He almost drowned before being found and the ordeal changed him drastically. Prior to the experience he was known to be a wild drunk who did outrageous things like claim no man could piss farther than him. A stark contrast to the hard, humorless, ascetic man who returned to the Iron Islands.

Aeron dedicated his life to the service of the Drowned God in his spiritual reawakening, living as a hermit on the beach while spreading the word. He is now greatly respected by the Ironborn and his fellow Drowned Men (other holy men of their faith) do his bidding without question. 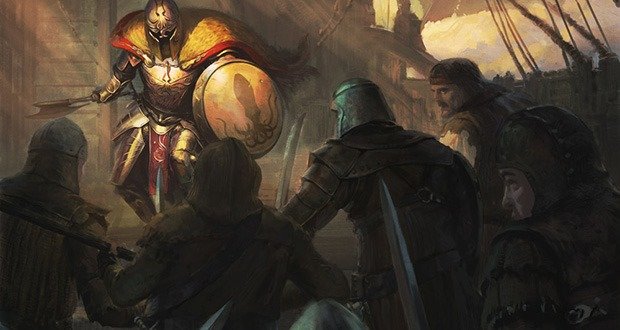 Victarion continued to serve as Lord Captain of the Iron Fleet, sailing dutifully under the command of his brother Balon. A capable commander and fierce warrior, he is known for wearing full plate armor while sailing to prove his nonexistent fear of drowning. Victarion notably had a near-fatal falling out with his brother Euron after his older brother impregnated Victarion’s third wife. Victarion wanted to kill Euron, but refrained so as not to be labeled kinslayer. In order to salvage what he could of his honor, he beat his wife to death, sobbing each time he struck her before carrying her down to the rocky shore for burial at sea. As punishment for his crime against Victarion, Balon banished Euron from the Iron Islands and warned him never to return so long as Balon remained alive. 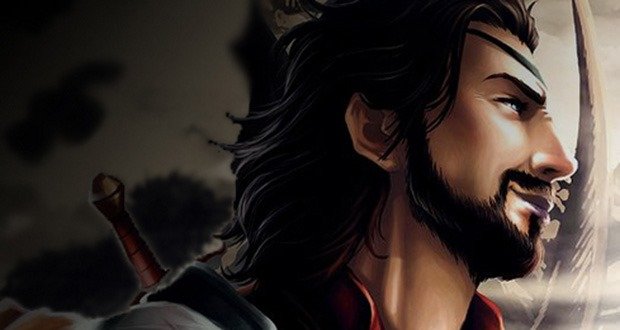 After being banished, Euron took his ship the Silence and sailed all over the known world, pillaging as he traveled. He claims to have travelled to Asshai and even to have sailed through the Smoking Sea to walk the ruins of Valyria, from which no other man nor ship has ever returned. He also claims to have once owned a dragon egg, but that he tossed it overboard during a foul mood. Euron has several bastard children, but neither acknowledges nor regards them.

25 Kickass and Interesting Facts About India – Part 1 of 2

Quartz - It's More Likely Than You Think[Educational Album]