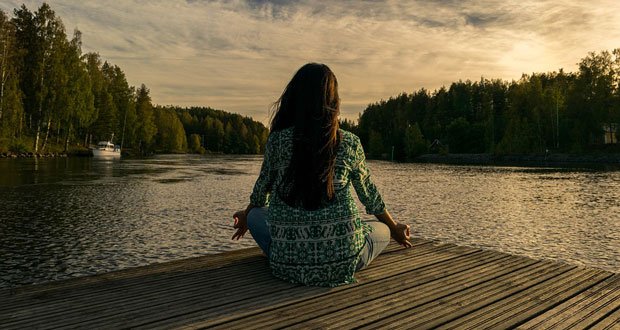 1. After an 8-week course in mindfulness meditation, the amygdala, associated with fear and emotion, shrinks, while the pre-frontal cortex, associated with awareness, concentration, and decision-making, becomes thicker. – Source

2. Between the 11th and 19th centuries, Buddhist monks in northern Japan practiced a kind of meditation called Sokushinbutsu, in which they would mummify themselves alive by slowly weaning themselves off food and water before eventually starving to death. – Source

3. Researchers showed that generating positive emotions directed towards yourself and others through contemplative meditation can improve both your emotional as well as your physical health. – Source

4. Monks can raise the temperature of their skin through meditation so much that in 50 Fahrenheit (10 Celsius) weather, wrapped in wet towels, their skin starts steaming and the towels are dried. – Source

5. Meditating is potentially one of the most powerful ways to stall the onset of / prevents Alzheimer’s disease. – Source 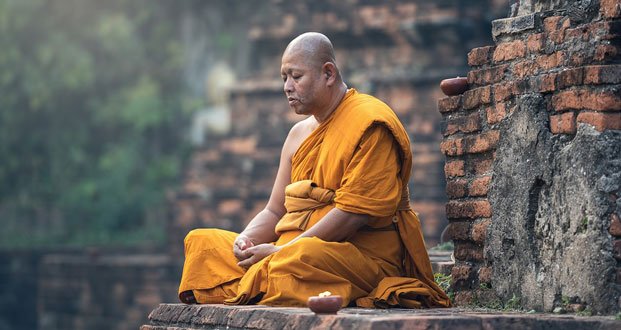 6. A DNA part known as telomeres likely determine how long you will live. Each year your telomeres get shorter and shorter, increasing your risk of disease and death. However, a healthy diet and meditation have been scientifically proven to lengthen your telomeres. – Source

7. The meditation mantra “Om” is recognized by many religions as the primordial sound present at the creation of the universe. – Source

9. According to Japanese legend, Bodhidharma, the founder of Zen, also created a tea. In a fit of anger at himself for falling asleep during meditation, he ripped off his eyelids, which fell to the ground and miraculously sprouted into tea plants. – Source

10. Firewalking is not achieved through meditation or a higher spiritual state, but that anyone can do it because hot coals are a poor conductor of heat and therefore will not transfer the heat quickly enough to burn you. – Source

11. Some Buddhists, typically in Japan, use archery as a form of meditation called Kyudo. – Source

12. The corpse of an Indian guru who died in January 2014 is being kept in a freezer because his followers insist he is not dead but merely in a state of deep meditation and will wake up again soon. – Source

13. A study of older adults showed that a mindfulness-based stress reduction program, consisting of things such as daily meditation, reduces feelings of loneliness, as well as pro-inflammatory gene expression. – Source

14. In 1957, United Nations Secretary-General Dag Hammarskjöld planned and supervised in every detail the creation of a “meditation room” at the UN HQ, a place of silence where people can withdrawal themselves “regardless of their faith, creed, or religion”. – Source

15. Clint Eastwood endorses Transcendental Meditation and has been doing it for over 40 years. – Source 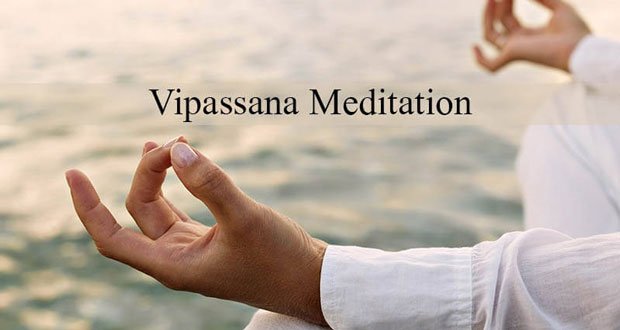 16. The largest prison in India teaches Vipassana meditation to control its violent inmates and it reduces recidivism. – Source

17. Many Flower Children were recruited into Transcendental Meditation, a backdoor recruiting program for a Hindu cult with practices similar to Scientology. – Source

18. The Buddha Boy was observed for 96 hours by a Discovery Channel film crew, after which they stated: “Ram has defied modern science by continuing his meditation and remaining alive.” – Source

19. Meditation reduces the need for sleep, in terms of maintaining alertness and reaction times. – Source

20. The world’s largest training center for Transcendental Meditation is in a small town in Iowa. – Source

21. Doga is the practice of yoga with pet dogs in which dog practitioners seek to achieve a greater harmony with their dogs through meditation, gentle massage, and stretching. – Source

22. There is a meditation technique called “Holotropic Breathwork” designed to be a “non-drug alternative to psychedelic therapy” that can induce “non-ordinary states of consciousness using natural, non-addictive methods.” – Source

23. Quakers can participate in “Waiting Worship” where everyone is silent in a sort of meditation with God and when a parishioner speaks its seen as if God is talking to them. – Source

24. David Lynch has a foundation that helps heal the wounds of veterans’ PTSD through meditation. – Source

25. Steve Jobs followed the religion or belief of Zen Buddhism which focuses on meditation to calm and quiet the mind to “hear” your intuition. This reflected later in the simplicity of Apple’s products in “quieting” the design of their products. – Source

26. “Navel-Gazing” isn’t just a saying, but an actual meditation technique, AKA “omphaloskepsis”. – Source

27.  Siddhis are spiritual, paranormal, supernatural, or otherwise magical powers, abilities, and attainments that are the products of spiritual advancement through sadhana (spiritual practices), such as meditation and yoga. – Source

25 Uplifting Headlines of the Week - Part 82