1. A report found that, for every $1 invested in the U.S. National Park Service, the American public receives $4 in economic value. – Source

2. A plane carrying 6,000 pounds of pot crashed in Yosemite National Park. Climbers in Yosemite Valley heard news of the crash and sparked a miniature gold rush with up to 20 people searching the frozen crash site. Much of the weed was salvaged, smoked, or sold before park rangers caught on. – Source

3. The Italian government is offering all 18-year-olds a €500 “culture bonus,” which can be spent on trips to the country’s National Parks, books, concert tickets, theatre tickets, cinema tickets, and even museum visits. – Source

5. Grizzly Bear #122 of Banff National Park is the largest bear in the area, has eaten a couple black bears, has fathered 5 cubs, and was hit by a train and lived. – Source 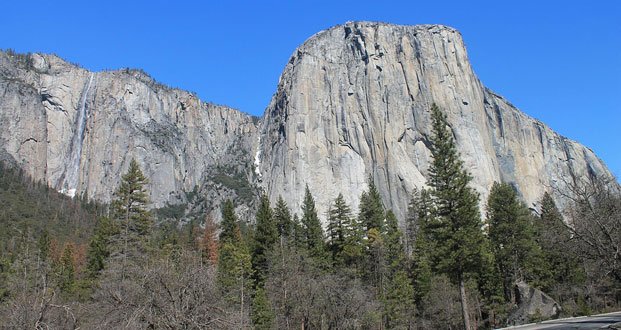 6. On October 23, 1999, BASE jumper and stuntwoman Jan Davis died while making an illegal protest jump from El Capitan intended to demonstrate the safety of BASE jumping at Yosemite National Park, after a ban on BASE jumping in the area regarding safety. – Source

7. In 1996, as an April Fool’s Day prank, the Taco Bell Corporation took out a full-page ad that appeared in six major newspapers saying that it had bought the Liberty Bell and was renaming it the Taco Liberty Bell. The National Historic Park in Philadelphia received hundreds of outraged calls. – Source

8. 19 Baboons from Paris Zoo sent to a national park in England were unable to understand English commands but were fully cognitive of French words, forcing their English keepers to learn French. – Source

10. There is a legendary hobo rock climber known as “Chongo” who, while illegally living inside Yosemite National Park almost a decade, made a life by scavenging food, ascending sheer rock faces and writing a book called “The Homeless Interpretation of Quantum Mechanics”. – Source 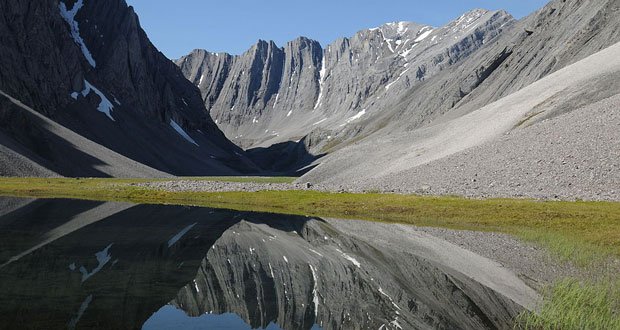 11. The least-visited national park in the U.S. is the Gates of the Arctic National Park and Preserve in Alaska, which lies entirely north of the Arctic Circle and has “no established roads, trails, visitor facilities, or campgrounds.” – Source

12. On May 25th, 2015 a man discovered an orphaned baby moose in Yellowstone National Park in Montana. When he reported the calf to local authorities they shot the baby and blew up the carcasses of it, it’s dead mother and sibling to prevent grizzly bears from being drawn to the area. – Source

13. There is 50 sq. mile area of the U.S. within Yellowstone National Park dubbed the “Zone of Death.” Legal scholars assert that due to certain technicalities involving finding a suitable jury, a person could potentially murder someone and not have to stand trial. – Source

14. The wild bison of Yellowstone National Park have adapted to utilize the local hot springs as bidets to clean the thick fur of their nether regions before mating. – Source

15. Iranians still use the ancient form of air conditioning called the badgir. It is a tower with vents on top and allows cool air to accelerate down into a building. Zion National Park in Utah has a modern example of this, where temps reach over 100 F, the visitors center stays at cool 73 F. – Source 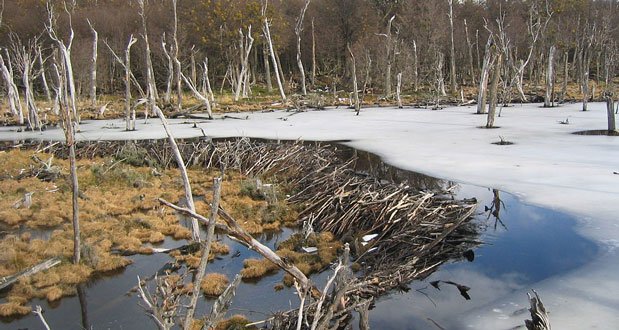 16. In 1946, Argentina imported 20 beavers from Canada and stocked a lake with the intention of creating a fur trade. Now, the beaver population is 200k and threatens 16m hectares of Tierra Del Fuego National Park. – Source

17. Anyone who removes Hawaiian rocks from the islands is said to be cursed. Every year people mail back thousands of pounds of rock, sand, and shells to Hawaii Volcanoes National Park, many with reports of how their lives were ruined by the curse. – Source

18. There were seven large elephants from Kruger national park that had at least one tusk weighing over 50 kg (110 lb). The largest tusks reached 3 meters (10 feet) in length. – Source

19. There is an area in Ohio called Helltown which became abandoned in the 1970’s when the U.S. government drove citizens from their homes through eminent domain to form national parks. – Source

20. Canada has a national park that is larger than Switzerland. – Source

21. Northeast Greenland National Park is bigger than all but 29 countries in the world featuring 5000 – 15,000 Musk Oxen and no permanent human population. – Source

22. Isa Lake in Yellowstone National Park is the only lake in the world that drains to 2 separate oceans. – Source