1. There is a zoo in Japan that has tiny holes in the Otter enclosure allowing for people who visit the zoo to shake hands with the otters. – Source

2. Baby Otters can’t swim at first, but their buoyancy makes it possible for the mother to wrap the pup in (sea)weeds to prevent it from drifting away when she needs to hunt. – Source

4. In Japanese folklore, Otters were considered very dangerous as they would shapeshift into beautiful women or little children and kill men. – Source

5. Sea Otters have a ”favourite rock” they store in a special pouch. This rock is used for various things, such as cracking open shellfish and clams. – Source 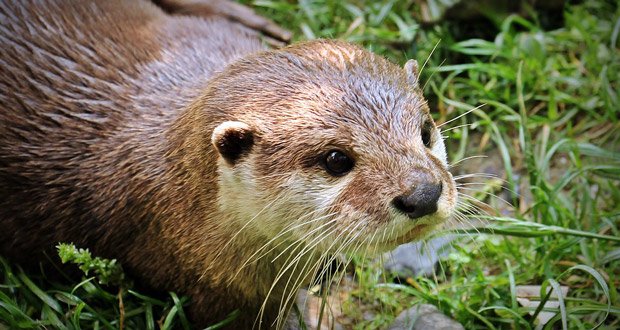 6. Sea Otters lick and fluff their newborn for hours, causing their pup’s fur to retain enough air to act as a floatation device. – Source

7. Sea Otters are known to hold hands in groups called a raft while they eat, sleep, and rest, to prevent families losing each other while adrift on water. – Source

8. Otters engage in necrophilia so much that it’s beginning to impact their populations. – Source

9. Sea otters are known to drown baby seals and rape them. – Source

10. There are Giant River Otters that are 6 feet long and eat 6-9 pounds of food per day. There are only a few thousand left in the world. – Source 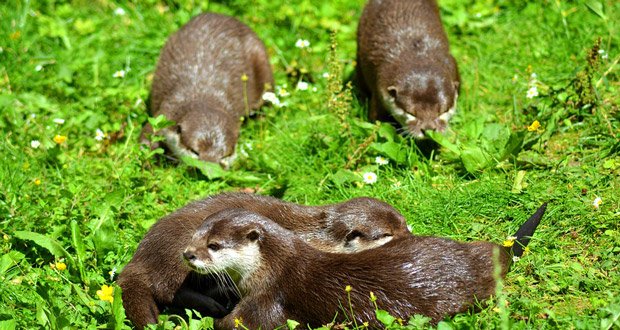 12. Mishka is an asthmatic otter who uses an inhaler. – Source

13. Sea Otters have joined the ranks of ducks, chickens, pigs, whales, horses, and elephant seals, all animals that can contract influenza. According to a study by the U.S. Geological Survey, sea otters living in a remote area in Washington state were carriers of the H1N1 virus. – Source

15. Otters are used for fishing in Bangladesh. – Source

16. Otter feces are called spraints and some have a strong aroma of freshly mown hay. – Source

AskReaders: What free software is so good you can't believe it's available for free?