1. A soft drink company made a soda containing lithium called “Bib-Label Lithiated Lemon-Lime Soda”. Later, the company changed the name to the much simpler “7up” after Lithium’s atomic mass. – Source

2. Soda is fizzier in cans (vs plastic bottles) because CO2 cannot escape an aluminum can. CO2 escapes sealed PET bottles quite readily. – Source

3. Mixing your drinks with diet soda gets you drunk around 18% faster than regular soda. – Source

4. In 2013, after more than 20 years of soda being America’s number one beverage, water has taken over as Americans’ favorite drink. – Source

5. The colored dots found on soda cans consist of all the colors used in the can design. If a can makes it through production and a dot is gone, then laborers will be able to trace the problem to a single machine applying that color, without shutting down all of the machines to resolve the problem. – Source

6. In order to capture the Generation X demographic, Coca-Cola created an off-beat, existentialist soda in the mid-1990s. They named it “OK” because that was the only word more universally recognizable than “Coke.” – Source

7. Tapping the top of a shaken soda can does nothing to prevent the soda from bubbling out. Tapping on the side, however, does. – Source

8. Drinking one soda a day can increase diabetes risk by 22%. – Source

9. Vernors is the oldest soda still selling in the US. It predates Dr. Pepper by 19 years. – Source

10. The US Navy was researching ways to chill a can of soda in 10 seconds. – Source

11. Astronauts do not consume sodas or carbonated drinks in space because the lack of gravity to separate the liquid and gas in the stomach leads to a kind of vomiting called “wet burping.” – Source

14. In 1991, a false rumor spread that New York-based “Tropical Fantasy” brand soda was bottled by the KKK and contained an ingredient to sterilize black men. Sales of the drink didn’t recover until the city’s black mayor drank a bottle on TV. – Source

15. Cow urine is bottled and sold like soda in the Indian state of Gujarat. – Source

17. Juice and soda are roughly equivalent in sugar content, and in that respect considered similarly unhealthy. – Source

18. Researchers found that half of the 90 beverages from soda fountain machines test positive for fecal bacteria, antibiotic-resistant microbes and E.coli. – Source

19. Shaquille O’Neal has a brand of “Shaq Soda” made by the Arizona company. – Source

20. In Canada, cream soda is mostly red and tastes like grenadine. – Source 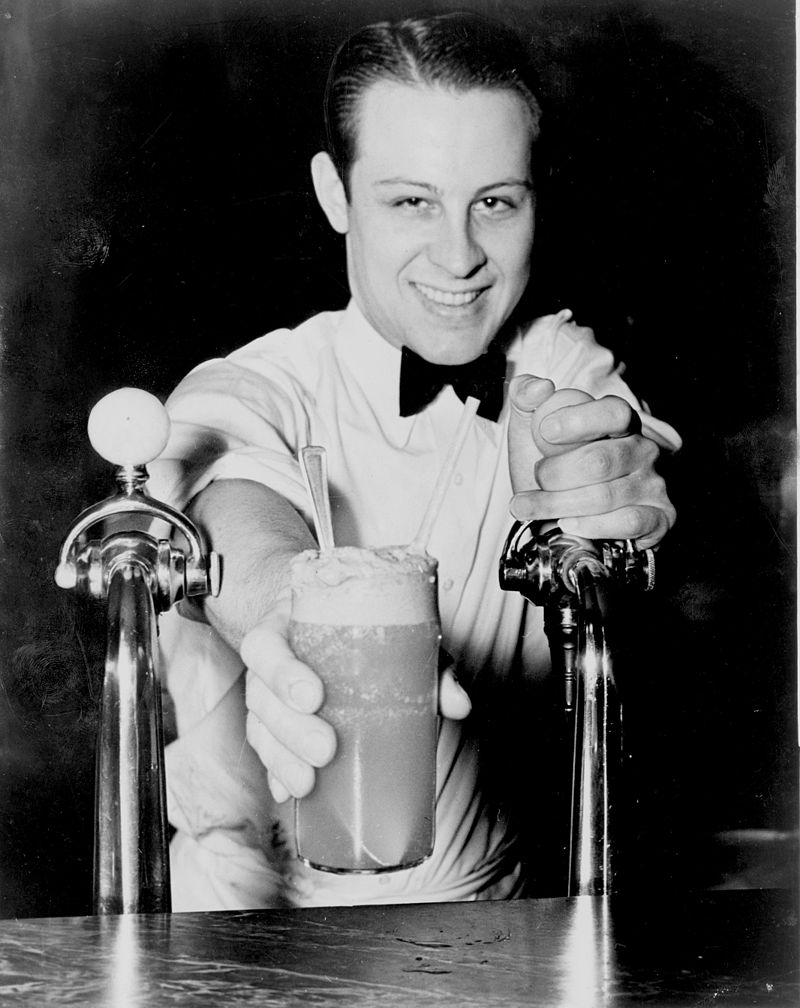 21. Soda was once a controlled substance which was illegal on Sunday and that caused the creation of Sundaes. – Source

22. Some carbon dioxide released from burning coal is captured and used to make bubbles in soda. – Source

23. In the 1800s, soda was sold in pharmacies as a way of dispensing medicine by mixing them together to give medicine a pleasant flavor, while Coca-Cola was sold as a cure for dyspepsia and impotence. – Source