1. A morbidly obese woman refused to get free weight loss surgery offered by the NHS because she didn’t want to lose the £75,000 in disability benefits she was receiving. – Source

2. A nutrition professor lost 27 pounds off of a “Convenience Store” diet of Twinkies, Doritos, and sugary cereals in order to prove that weight loss relied on caloric intake, not nutrition. – Source

3. Dubai has a weight loss contest called ‘Your Child in Gold’ where individual participants win one gram of gold for every one kilogram (~2.2lbs) lost, and double reward for families. The contest is aimed at combating early obesity and raise awareness about the disease. – Source

4. In weight loss, ~84 percent of the fat that is lost turns into carbon dioxide and leaves the body through the lungs. – Source

5. Mike Kurtz, an American burglar, found out that eating common soap could produce the effect of ill health. His sudden and unexplainable weight loss and other symptoms baffled the prison doctors and he was able to fool officials that he was dying and received a pardon. – Source

6. Edible Chia seeds that are sold in health food stores for weight loss are the same seeds Chia Pets are made from. – Source

7. Heart disease is the leading cause of death in male Western lowland gorillas in North American Zoos. To combat this Cleveland Metropark Zoo doubled the gorilla’s leafy green intake which leads to a 65-pound weight loss in the gorillas. – Source

8. Contrary to the belief that cocaine causes weight loss by suppressing appetite, research shows that, on the contrary, cocaine users eat more, but that cocaine directly interferes with metabolic processes related to fat storage, thus promoting weight loss in these individuals. – Source

10. It is commonplace for weight loss commercials to pay a fit person to gain weight for the “before” photo instead of showing someone who actually lost the weight. – Source

11. The heaviest human being ever recorded weighed 1400 lb. At one point, he also lost approximately 924 lb, the largest human weight loss ever documented. – Source

13. 2,4-dinitrophenol (DNP), a potent weight loss drug that raises body temperature to burn more calories, was used by Russian soldiers in WWII to very effectively survive extreme cold. They could also use it as an explosive. – Source

14. Weight loss, even through surgery, can improve your memory. – Source

15. A documentary team set up a sting that fooled millions into thinking chocolate helps weight loss.They did it by running a study, performing p-hacking, using a for-fee science journal to publish the paper and issuing a press release picked up uncritically across the world by major publications. – Source

17. A company launched a ‘weight loss candy’ in the 1970’s called, ‘Ayds’. An ad had a spokesperson proclaim, “I’m losing weight, deliciously, with the aid of ayds!” – Source

18. A personal trainer gained 70 lbs of fat on purpose in order to experience how difficult the weight loss process is to himself. – Source

21. Louis Armstrong controlled his weight using laxatives and even published a book advocating purging as a weight loss method. – Source

22. Crystal meth was used in World War II as a stimulant for Japanese and German fighter pilots to keep them awake and alert. It was also used as a method of weight loss until its classification of a controlled substance in 1970. – Source

23. Weight loss is one of the fatal forms of insomnia. – Source

24. When taking Alli, a weight loss aid, it is advised that you carry a spare change of clothes in case it makes you poo yourself. – Source

26. There is a hormone disorder that causes weight gain in the torso and head, but weight loss in the limbs. Patients develop a “buffalo hump” and “moon face”, but their arms and legs remain skinny. – Source

27. You can’t target specific fat for weight loss. It is systemic. – Source

29. A 2014 study found that the rate of weight loss does not affect how much weight is regained. This is in contrast to the belief that losing weight slowly helps one keep the weight off. – Source 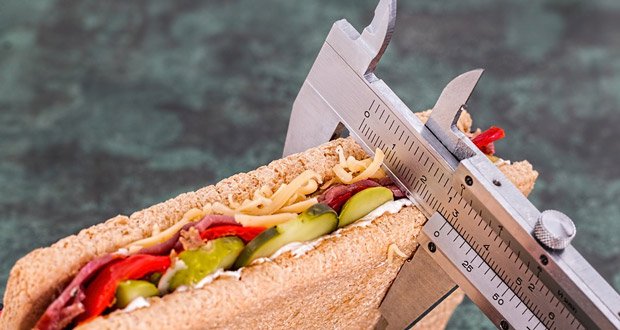 31. Frequent fidgeting result in about 350 calories burned per day, enough to produce about 30-40 pounds of weight loss per year. – Source

32. The majority of weight loss occurs via breathing. – Source

33. Factitious Diarrhea is a condition in which you deliberately give yourself diarrhea as a method of weight loss. – Source