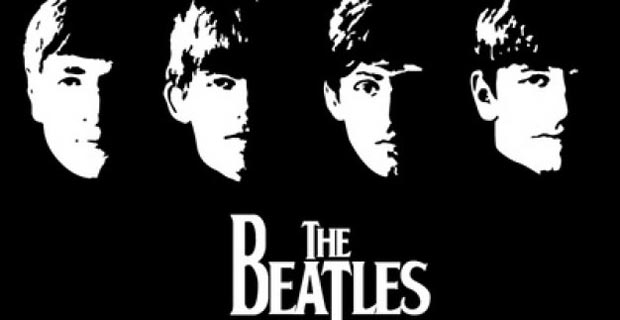 21. The Beatles were considering to name their 1969 album Everest and even flying to the Himalayas to shoot the cover photo. Instead, they named it Abbey Road and shot the cover photo in front of the studio. – Source

22. During the week of 4 April 1964, the Beatles held the top five positions on the Billboard Hot 100 singles simultaneously. This feat hasn’t been accomplished by any other artist to date, the closest being 50-Cent, who placed three titles simultaneously. – Source

23. John Lennon wrote the Beatles song ‘Dear Prudence’ for Prudence Farrow (Mia’s sister) while studying TM in India. The group became worried about her because she spent the majority of her time alone in her room practicing meditation, so John wrote her a song to persuade her to socialize more. – Source

24. The Beatles once bought a private island with plans to all live together in peace away from screaming fans, but later sold it as they were breaking up. – Source

25. Mad Men paid $250,000 for the master recording of “Tomorrow Never Knows” by The Beatles, played for just two minutes during a season 5 episode. – Source

26. In the Beatles song “While My Guitar Gently Weeps,” neither George Harrison nor John Lennon plays the lead guitar part. Eric Clapton does. – Source

27. In Soviet Russia, due to strict censorship of music, there was a black market for Beatles records that had been etched onto used x-ray film. Some would sell for an entire month’s salary. The records earned the name “music on the bones.” – Source

28. When the Beatles were at a British Embassy reception in Washington D.C., someone cut off a lock of Ringo’s hair as a souvenir. Ringo told an interviewer, “These diplomats just don’t know how to behave.” – Source

29. Some of The Beatles first gigs were eight hours long and fuelled by stimulants. – Source

30. Across the Universe, by The Beatles, is the first song aliens will hear (it was beamed into deep space by NASA). – Source

31. The Beatles used a cash register for effect on “Yellow Submarine.” – Source

32. The Beatles song “A day in the Life” has an ultrasonic whistle, audible only to dogs, was recorded by Paul McCartney for the enjoyment of his Shetland sheepdog. – Source

33. The Beatles concerts were said to smell heavily of urine due to overexcited girls. – Source

34. The Beatles had to dodge jelly beans thrown at them on stage because fans heard George Harrison liked them. – Source

35. Israel disallowed the Beatles to have a show there because they thought that “The Beatles have an insufficient artistic level and cannot add to the spiritual and cultural life of the youth in Israel.” – Source

37. In January 1967 The Beatles recorded a 14-minute avant-garde performance that remains unreleased to this day, known as “Carnival of Light” and is considered the holy grail of missing Beatles’ songs. – Source

39. Before changing the lyrics in Yesterday by The Beatles, they were originally “scrambled eggs, oh baby how I love your legs, but not as much as I love scrambled eggs.” – Source

40. The BBC banned The Beatles’ “Come Together” because the mention of Coca-Cola violated the BBC’s policy against product placement. – Source