Here are 78 Interesting Facts About Dogs. 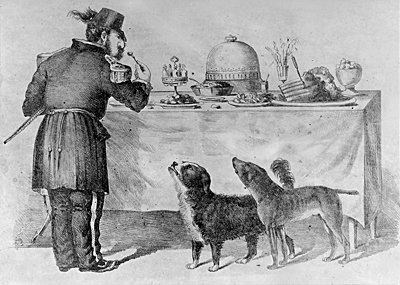 1. In the 1860s in San Francisco, two stray dogs who were “best friends” became local celebrities, their exploits were celebrated in local papers, and they were granted immunity from the city’s dog catchers. – Source

2. Humans and dogs are the only known species to seek visual cues from another individual’s eyes, and dogs only do this when interacting with humans. – Source

3. Dogs have a branch of nerves in their ears and when you rub them it releases endorphins, making them extremely relaxed with a type of natural high. – Source

4. Google prefers dogs to cats. Their code of conduct specifically states that they are a dog company. – Source

5. JFK’s daughter was secretly gifted the puppy of the first Russian dog in space as part of a series of secret daily correspondence between JFK and Khrushchev. The dog then proceeded to bite every Kennedy – Source 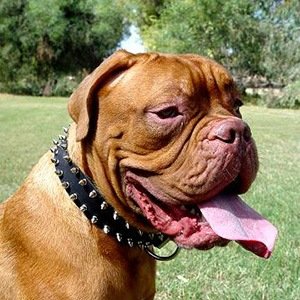 6. Spiked dog collars were invented in ancient Greece and were originally designed to protect the dog’s throat from wolf attacks – Source

7. Three stray dogs in Afghanistan saved 50 American soldiers by attacking a suicide bomber. A Facebook group raised $21,000 to bring the dogs back to the US and reunite them with the soldiers. – Source

8. A British bomb detection dog in Afghanistan died from the stress of seeing his handler shot. They had set a new record for bomb detections and the dog was awarded the equivalent to a Victoria Cross. – Source

9. During 8 years living in a UK animal shelter, a dog named Jasmine was a ‘surrogate mother’ to over 50 rescued animals; including puppies, foxes, 4 badger cubs, 15 chicks, 8 guinea pigs, 15 rabbits, a deer, and a goose. She nursed each with affection, taking care of them as soon as they arrived. – Source

10. Dogs bark more than wolves because dogs have evolved into the equivalent of overgrown wolf puppies – Source 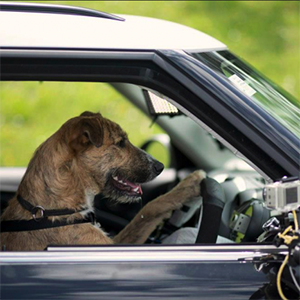 11. Three dogs in New Zealand were taught to drive a modified car around a race track in an effort to show the intelligence of shelter dogs. – Source

12. Russia’s Vladimir Putin brought a large dog with him to a round of negotiations with German politician, Angela Merkel, knowing that she had a pathological fear of dogs, in order to gain a psychological edge. – Source

13. In the United States, a 2007–2008 survey showed that dog-owning households outnumbered those owning cats, but that the total number of pet cats was higher than that of dogs. – Source

14. Liberty, President Gerald Ford’s dog, was trained to create diversions during meetings. If Ford wanted to end a conversation in the Oval Office, he would signal Liberty and she would go to the guest wagging her tail, creating a natural break. – Source

15. A Labrador retriever service dog pulled his disabled owner into the recovery position after he was struck unconscious, then covered him with a blanket, retrieved his mobile phone and pushed it against his face, and only left his owner to fetch help once he had regained consciousness. – Source 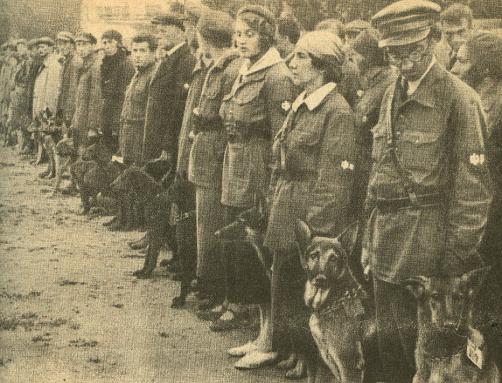 17. In 1913, researchers kept dogs awake for several days, extracted spinal fluid, then injected this into other dogs, which immediately put them to sleep. – Source

18. Seeing-eye dogs are trained to poop on command so that their vision impaired owners can easily clean up after them. – Source

19. Tihar is a festival celebrated in Nepal that dedicates an entire day to thanking dogs for their friendship and loyalty. – Source

20. In 2014, a 3-year old Russian girl survived for 11 days in a Siberian taiga forest by drinking from a creek and eating berries while being protected by her dog, which went to get help after nine days and returned with rescuers. – Source 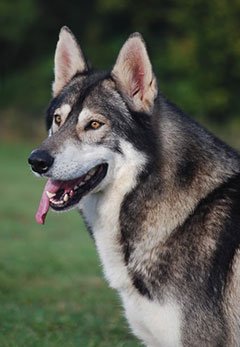 21. In season one of HBO’s Game of Thrones, the dire wolves were played by a relatively new breed of dog known as the Northern Inuit Dog. – Source

23. The young St. Bernard rescue dogs learn how to rescue lost travelers through modeling the behavior of older dogs. They do not receive any special training, and the dogs decide for themselves if they will specialize in staying with the victim or going to seek help. – Source

24. In WWII, a dog named Gander fended off two Japanese ambushes. When they came back again, with a grenade this time, Gander picked it up and charged back at them, killing more Japanese, saving his wounded team, going out in a blaze of glory, and earning a posthumous medal. – Source

25. During the 18th century, you could pay your admission to the zoo in London by bringing a cat or a dog to feed the lions. – Source 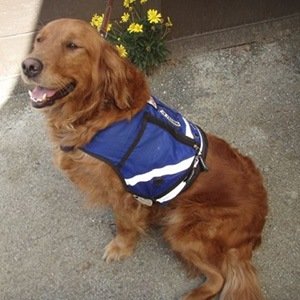 26. Service dogs are trained to know when they are on duty. When their harness is on, they know they are at work. When you take it off they instantly become playful and energetic. – Source

27. George Washington stopped the Revolutionary War to return a lost dog to the enemy. The terrier of a British general was found wandering the battlefield. The US waved a truce flag, and both sides stopped shooting until the dog was successfully returned to the British commander. – Source

28. There is a seeing-eye goose in Poland that leads around a blind dog. – Source

29. Dogs have ‘Eureka moments’ and enjoy the experience of solving a problem in order to obtain a reward. – Source

30. Using a basic food-reward system, normal household dogs were trained to detect both lung and breast cancer with a 90-100% success rate when checked by biopsy-confirmation, only by smelling the patient’s breath. This was also after only a few weeks of training. – Source 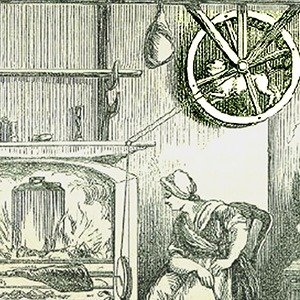 31. The Canis vertigus, or turnspit dog, was an essential part of every large kitchen in Britain in the 16th century. The small cooking canine was bred to run in a wheel that turned a roasting spit to cook the meat evenly. The wheel was put high on the wall, to keep the dogs from overheating. – Source

32. The Vietnam War was the only war in which military dogs were classified as expendable equipment, and not allowed to return home. 3800 out of 4000 dogs were left behind. – Source

33. In 1940, a Soviet scientist brought a dead dog’s head back to “life” (it responded to external stimuli) and then brought a clinically dead (drained of blood for ten minutes) dog back to life. He received the Lenin prize. – Source

34. In WWII, the US Army asked Americans to loan their untrained household canines to make the ultimate sacrifice: to serve in World War II. The dogs’ handlers even sent letters home to their owners for Christmas and to inform them of their dog’s performance throughout the war. – Source

35. The Ancient Irish respected their dogs so much that if a Warrior or King gained the loyalty of a hound they would be given the prefix “Cu” meaning “Hound” added on before their own name to show others that they were worthy of the respect and loyalty of a dog. – Source