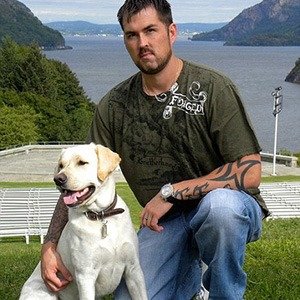 36. “Lone Survivor” Marcus Luttrell received as part of recuperation a yellow Labrador puppy when he got home. On April 1, 2009, four men approached Luttrell’s property and killed the dog. Luttrell proceeded to chase the individuals through four counties in his truck armed with two 9 mm Berettas until police apprehended the individuals. – Source

37. Finding live victims is really important for rescue dogs. After 9/11, constantly finding bodies at Ground Zero was leading to high stress in these dogs as they thought they were failing. To keep the spirits up, firefighters would hide in the rubble so that dogs could find them. – Source

38. Between 1943 and 1951, the fictional female Rough Collie dog named Lassie was the inspiration for seven MGM feature films. In 1951, MGM owed the Lassie’s owner and trainer $40,000 in back pay. Not planning any more Lassie movies, MGM instead gave the rights to the Lassie trademark to the dog’s trainer, who spun it off into a TV show that ran for 19 seasons. – Source

39. When police raided a dogfighting ring in South Carolina, 8 suspects attempted to flee the scene. One of the suspects was taken into custody after one dog chased him and “took him down.” The dog then escaped. – Source

40. There is a non-profit organization called “House with a Heart” that takes in and cares for senior dogs, many with special needs, that have been abandoned by their owners. The facility operates as a hospice, seeing to it that older dogs are not consigned to dying in shelters, or worse. – Source 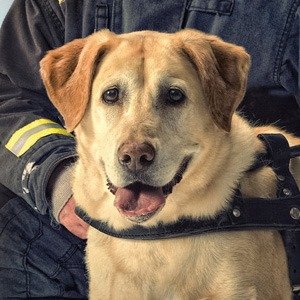 41. A guide dog calmly led her owner and 30 other people down 1,463 steps out of the World Trade Center on 9/11 despite the confusion, smoke, and noise around them. After descending over half the distance, they passed the firemen who were heading up, who the dog stopped to greet. Once safe, the dog then helped a woman who was blinded by the debris. – Source

42. Dogs have bacteria on their paws that make them smell like corn chips. This is commonly referred to as “Frito Feet.” – Source

43. Dogs too can suffer from PTSD, and it affects 5% of military service dogs. – Source

44. In 1987, Gabi, a German Shepherd guard dog in a Belgrade Zoo fought and defeated an escaped jaguar and in doing so saved the life of a zoo employee. – Source

45. In 1929, popular dog actor Rin-Tin-Tin may have received the most votes for the first Academy Award for Best Actor, but the Academy determined that a human should win. – Source 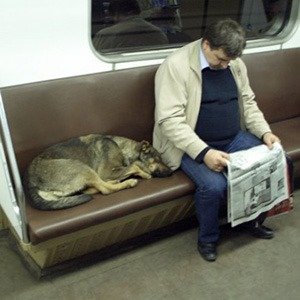 46. Some of Moscow’s stray dogs have figured out how to use the city’s immense and complex subway system, getting on and off at their regular stops. In the morning they travel into the city to scavenge for food and catch the train back home in the evening. – Source

47. Snub-nosed dog breeds continually struggle to breathe because of their deformity. – Source

48. Because domestic dogs are descended from wolves, dogs like squeakers as the squeaky noise is reminiscent of the squeaking sound frightened or injured prey would make, appealing to the dog’s hunting instincts. – Source

49. In 2013, a loyal German Shepherd in France prevented the suicide attempt of its owner by knocking the gun out of her hand and helped the woman stay alive long enough for authorities to find her and intervene. – Source

50. Rubbing your dog’s ears sends nerve impulses to the hypothalamus and pituitary glands. These glands secrete endorphins, pain-killing, feel-good hormones that make dogs feel relaxed, even euphoric. When you rub your dog’s ears, she’s essentially getting high on her own hormones. – Source 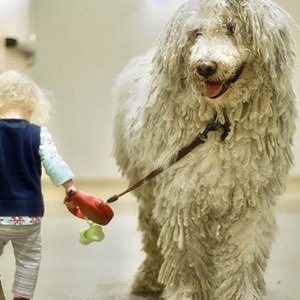 51. A breed of dog called the Komondor is bred to guard sheep because their dreadlocks are too thick for wolves’ to bite through and because they look like sheep. – Source

52. The Shiba Inu nearly became extinct during World War II due to a combination of food shortage and a post-war distemper epidemic. All subsequent dogs were bred from the only three surviving bloodlines. – Source

53. During World War II in Australia, there was an Australian Kelpie whose hearing was so acute that it could warn air force personnel of incoming Japanese planes 20 minutes before they arrived, and before they showed up on radar. He could also differentiate the sounds of allied from enemy aircraft. – Source

54. Human and Dog brains have evolved to understand each other’s vocalizations to some degree, including dogs understanding human laughter. – Source

55. In 1923, a dog named Bobbie was separated from his owners and lost. Six months later, Bobbie appeared on their doorstep mangy and scrawny with feet worn to the bone; he showed all the signs of having walked the entire way back alone. During his ordeal, he crossed 2,551 miles (4,105 km) of plains, desert, and mountains in the winter to return home, an average of approximately 14 miles (23 km) per day. – Source 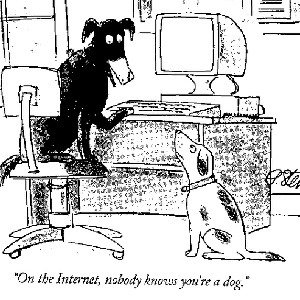 56. Peter Steiner, the guy who created the cartoon “On the Internet, nobody knows you’re a dog” has earned over the US $50,000 from its reprinting. – Source

58. In 2008, a dog tried to save his owner’s life after 5 armed pirates hijacked their yacht off the coast of Venezuela. After the men climbed aboard the dog furiously attacked them, biting and snapping until he was stabbed than shot. The dog survived and the pirates left almost empty-handed. – Source

59. The reason cats and dogs like to sunbath because the UV radiation from the sun breaks down the chemical bonds in their natural oil, producing vitamin D3. However, due to their fur, the vitamin would just end up on their hair and doesn’t get absorbed by the skin. When they lick their body to clean or groom themselves, that is the time they ingest Vitamin D. Vitamin D gets into their system via the oral route. – Source 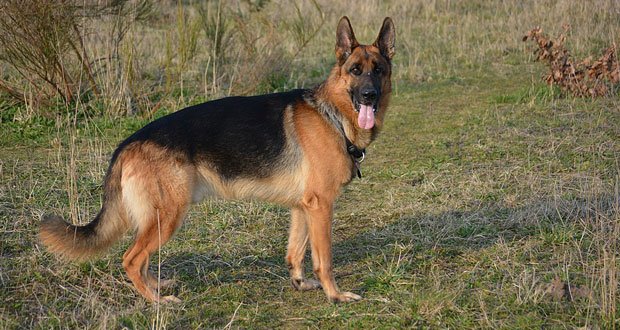 61. German shepherds were renamed to “Alsatian Wolf Dog” after World War I due to the anti-German sentiment of the era. – Source

62. In the Dark ages up to the 1800s, animals were sentenced for human crimes. Dogs, pigs, cows, rats, and even flies and caterpillars were arraigned in court on charges ranging from murder to obscenity. – Source

63. Paleontological research shows that the part of the human brain that controls hearing and our sense of smell shrank around the same time as we began to domesticate dogs. – Source

64. In 2007, a German man was sent to prison for five months for training his dog Adolf to raise his right paw every time he said “Heil Hitler!” – Source

65. In 2010, a dog bit off his owner’s big toe because she could smell it was infected, and ended up saving his life. – Source 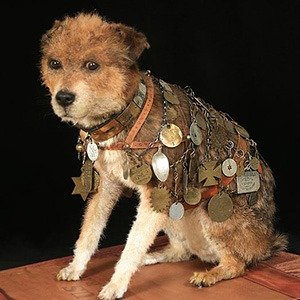 66. The first unofficial mascot of the USPS, Owney the Postal Dog, actually went “postal” in 1897. After biting a worker, the Toledo postmaster summoned a police officer, who shot him, thus ending the career of the famous little dog.” – Source

67. On 20 July 1981, 24-year-old David Allen Kirwan from La Canada, California, was driving through Yellowstone’s Fountain Paint Pot thermal area with his friend Ronald Ratliff and Ratliff’s dog Moosie. David Kirwan jumped into a near-boiling hot spring at 200°F (93°C) in Yellowstone, after Ratliff’s dog escaped the truck and ran into the Celestine Pool and began yelping. Several people tried to stop him by yelling warnings, but he replied “Like hell I won’t!” and then entered. Both perished. – Source

69. Sergeant Stubby is the most decorated war dog of World War I and the only dog to be nominated for rank and then promoted to sergeant through combat. He served in 17 battles, warned his regiment of gas attacks and incoming artillery, located wounded soldiers, and held a German soldier by his pants until other American soldiers found him. – Source

70. In 2005, a dog in the USA was sent a subpoena to appear in court as a murder witness but was denied as dogs were not allowed in the courthouse. – Source 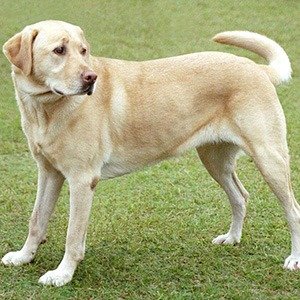 72. Analysis of dog mitochondrial DNA suggests that all dogs can be traced back to the domestication of wolves 11,000 to 16,000 years ago in South West China. – Source

73. Pavlov’s student Horsley Gnatt trained a dog to anticipate food with one tone, punishment with another. He then gradually made the tones increasingly similar. Nick the dog became so anxious, whenever reminded of the tones that it would get nervous erections and spontaneously ejaculate. – Source

74. The dog Laika, one of the first animals in space, “was found as a stray wandering the streets of Moscow. Soviet scientists chose to use Moscow stray dogs since they assumed that such animals had already learned to endure conditions of extreme cold and hunger.” – Source

75. Puppy pregnancy syndrome is a psychosomatic condition where an individual believes, after being bitten by a dog, that puppies are conceived in their abdomen. – Source 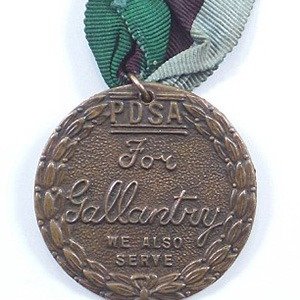 76. The PDSA Dickin Medal was instituted in 1943 in the United Kingdom by Maria Dickin to honour the work of animals in war. The medal was awarded 54 times between 1943 and 1949 – to 32 pigeons, 18 dogs, three horses, and one cat – to acknowledge actions of gallantry or devotion during the Second World War, and subsequent conflicts. – Source

77. The phrase “three dog night”, meaning it is so cold you would need three dogs in bed with you to keep warm, originated with the Chukchi people of Siberia, who kept the Siberian Husky landrace dog that became the modern purebred breed of Siberian Husky. – Source

78. Dogs watch more TV now, thanks to high-def TVs. Old CRT TVs were too blurry for dogs to see, but modern screens allow dogs to see the images as clearly as humans. – Source