1. Wacky waving inflatable arm flailing tube men are banned in Houston for being a “blight on the aesthetic environment”. – Source

2. Scientists created a completely enclosed, artificial environment called Biosphere 2 and made one mistake that caused all the trees to fall down before maturation: there was no wind so trees failed to develop stress wood, which is necessary for them to stand. – Source

3. A cotton shopping bag must be used at least 131 times to have less impact on the environment than single-use bags. – Source

4. Cows’ farts + burps are more damaging towards the environment since Methane gas is 20x more powerful than CO2. Each cow releases 200-400lbs per yr of methane through flatulence. French company Valorex SAS is enforcing farmers to feed cows alfalfa and flax seed to result in 25% less methane release. – Source

5. Many kinds of toothpaste contain small plastic beads which may lodge in the gums, are likely harmful to the environment, and are included in toothpaste for decorative purposes only. – Source

6. Colored toilet paper used to be really popular back in the 70’s, especially matching it to your bathroom decor. Doctors warnings and possible damage to the environment affected sales so badly companies stopped making it. – Source

7. Many areas are using a beet juice and salt mixture on their roads to keep them from freezing over. The beet juice prevents roads from icing over in temperatures up to -25°C, making it more effective than using a salt brine. A beet juice mixture is also less toxic to the environment. – Source

8. Microbeads, the little abrasive beads in found in soap products, are so dangerous to the environment they’ve been banned in the U.S. – Source

9. Norway has very strict rules on advertising cars as “green” saying “cars can do nothing good for the environment except less damage than others”. – Source

10. Farting while wearing clothing in a sterile environment will not compromise the sterility of said environment. – Source

11. In London, they have a congestion charge that you have to pay if you drive a vehicle within a certain area during weekdays in order to help the environment and encourage the use of public transportation. – Source

12. The solvents used to clean up the Oil spill from the wrecked tanker Torrey Canyon are thought to have damaged the environment even more badly than the oil spill itself. – Source

13. A no-beef diet is not much worse for the environment than a vegetarian diet. – Source

14. Ocean thermal energy conversion, a technology invented at the end 19th century, has the potential to satisfy twice the global electricity demand without affecting the temperature of the ocean or the world’s environment. – Source

15. A poem by Simon Armitage removed more than two tonnes of pollution from the environment. The poem In Praise Of Air, on display at Sheffield University, was printed on a specially treated material capable of purifying the air around it through catalytic oxidation. – Source

16. There is a salt dumping ground in Germany that has formed an actual mountain and is poisoning the surrounding environment. – Source

17. Fungi have been observed to do almost everything in managing an environment, from digesting minerals out of rock formations to consuming fossil fuel spills to de-radiating an environment(like around Chernobyl). – Source

18. Even though fluorescent bulbs contain mercury, using them contributes less mercury to the environment than using regular incandescent bulbs. That’s because they use less electricity and coal-fired power plants are the biggest source of mercury emissions in the air. – Source

19. The coal-burning power plants in the United States released 155 times more radiation into the environment in 1982 than the Three Mile Island Nuclear Accident did in 1979. – Source

20. Artificial Christmas trees (thought to be a “green” alternative) are worse for the environment than using a live Christmas tree unless used for more than 20 years. – Source 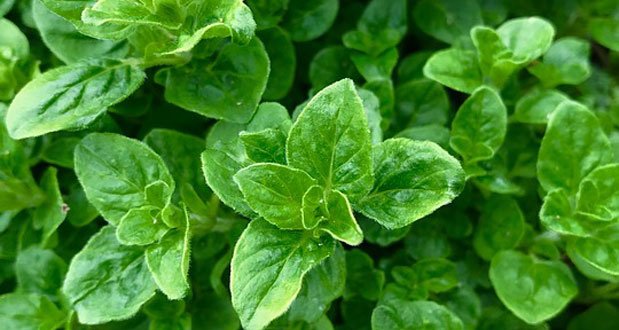 21. Organic farming is significantly worse for the environment than conventional farming due to lower crop yields and toxic “natural” pesticides, among other things. – Source

22. Whale poop plays a large role in the environment by helping to offset carbon in the atmosphere. – Source

23. There is a newly discovered type a rock forming in the environment made from plastic. – Source

24. 20th Century Fox drastically altered the Thai beach where the movie “The Beach” was filmed to make it look more like paradise. Fox ended up losing lawsuits for harming the environment ecosystem. – Source

25. Small, controlled wildfires are actually good for the environment. – Source

25 Uplifting Headlines of the Week - Part 78